Joey to the rescue!

As Joey made one of his usual lunch break stops at Best Buy yesterday, little did he know, he would become a hero. . . 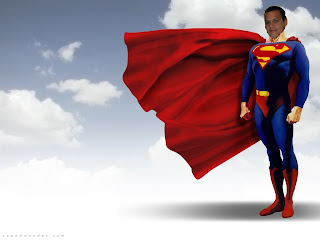 As he was walking up to the store, he saw a woman panicking and yelling, "He stole my purse!" Joey saw a young guy holding a purse running towards a car that was stopped waiting outside the entrance(with someone else at the wheel) and Joey ran after him. And no, he wasn't trying to get the guy-he was just trying to get a vehicle description. He said he isn't crazy enough to risk his life over a girl's purse-to which I responded, "You better not! You have a wife and 3 kids and one on the way!" He was able to get close enough to see the license plate number and make and model of the car. The guy and his accomplice drove off and then Joey called 9-1-1. He was able to give the police all the info he had and within minutes, they caught the guys! Go Joey!When Joey told me this, I was very proud of him. He did exactly what he should have and then let the police do their job. However, it worried me. I just kept thinking, what if it had been more serious? What if a weapon had been involved and Joey was caught in the crossfire of it all? I am so grateful these guys didn't assault anyone and just took the purse. And I am very grateful no one was hurt, especially my Joey.

I forget sometimes that life can change in an instant and anything can happen at any time. Thats a scary thought. We have control of the things we do, but not what other people do. We don't have control of so many things that happen around us. Yesterday reminded me to treasure every moment I have with my loved ones. Not to let conflicts or arguments get the best of me and to resolve things quickly. You never know what tomorrow holds.

You would think this incidence would prevent Joey from returning to this particular Best Buy anytime soon. I talked to him a few minutes ago and where is he on his lunch break today? Best Buy. I was like, "Are you crazy?" And he just said, "I didn't actually get to come inside yesterday. With everything going on and the police and the questioning, I didn't get to do what I had wanted to yesterday!"

I really didn't do anything. I'm really good with recognizing cars and using cell phones though. :)

whatever joey! you are totally awesome! i'm sure that girl was totally grateful.

Yeah! Woo hoo! You should get him a cape!

Joey to the rescue, my husband does crazy things too, and you don't know whether to be proud or pissed. Most of the time I am both.

PS, We are praying for Lucys family... what a touching story.

That is awesome! Way to be a good citizen Joey :)

Way to go, Joey! I'm sure the woman whose purse was stolen was very appreciative of you. I hope those boogers rot in jail...hee hee

that is so great! joey is definitely a hero.

What a heroic Alpha male husband you have. It's situations like that where you learn what you're really made of. All the what-ifs will drive you crazy so don't even bother going down that road. He's just solidified a rockin' Father's Day this year...from Best Buy, no doubt. ;o)

What a stud! Way to do your part for the good of our society!

Good Job Joey! I always knew you were a superhero in disguise!!

I guess all those super hero comic books, figurines and all has paid off. The Hulk, Hemann, Castle Greyskull you get the picture. No on a serious note son, be careful what a great human being you are just be careful I would like to "reiterate" Holly, you have a family that needs you forever and ever. I am glad for you that you are ok and especially that you acted fast. Comes from chasing those Jeepnee's in the Philippines~right? In case you don't already know j/k you are a hero in all our eyes and more importantly I love you son, my life would be seriously void if you weren't in it so please be extra careful. Ok, enough lecturing Yeah for Superman Joey just glad you didn't pull a spider man on us like scale a wall. love you son. mom

way to go Joey! love the picture. maybe you should make Joey a cape to wear. :)

Hey, I just thought for your Halloween Costume you could be Superman and Holly could be Lois Lane, let's see the girls could be ahhh, ahhhh, princess' that are rescued. Lame huh?

Your Joey is a wonderful guy and I just love the pic of him as Superman! Way to go Joey! Scary though, as you said.

Super Joey - what a stud! He should be given the key to the city! jk but that is awesome that he took control of the situation without getting physically involved.