Last weekend, we took the girls to the Jonas Brothers concert-woohoo! We went last year, sorta last minute, and got crappy lawn seats and could barely see the boys. I promised the kids that year that when they came to Dallas again, we'd go and we'd get good seats. And I make good on my promises! :) So me, Aubrey, Ella, my mom, two of my aunts, my cousin and her friend rocked it on the 7th row. The show was sooo fun! Jordin Sparks opened for it and was fantastic. Then the boys came out, sang all their best stuff, and didn't disappoint. They are such cute wholesome boys(I hope that doesn't change!) with lots of talent. And they are great performers. And then, when we thought the show was over Miley Cyrus appeared! Nick Jonas & Miley Cyrus elevated from underneath the stage and sang a duet together. It was such a shock and my girls were thrilled(I was too-it made the money I paid even more worth it!) However, my cousin and her friend were not happy. They have mega crushes on Mr. Nick Jonas, so they weren't too thrilled to see him with Miley(they are hoping Miley & Nick are not back together again because they both plan on marrying him:). It was hilarious to see them shouting, "Noooo!" and putting their hands in the air when Miley came out. Ahhh, silly girls. Anyways, it was such a fun night. The girls were falling asleep in the car on the way home, tuckered out from a rockin night at the Cowboys Stadium(yes, the brand spankin new stadium, it was huge and AWESOME!)

My sister, myself and the girls made some signs for the concert(My sis, Tara, didn't come to the concert, but she helped and watched Cali while we went. What a sweetie:) And don't you love how my 7 year old wrote, "I love Nick." Aye. I told her I didn't know if her daddy would approve of that one. . . 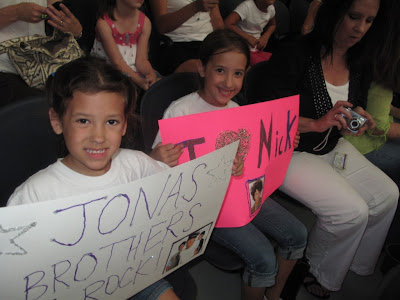 This is one of Tara's signs. I made my mom hold it for the picture:) Don't worry Dad. . .shes all yours:) 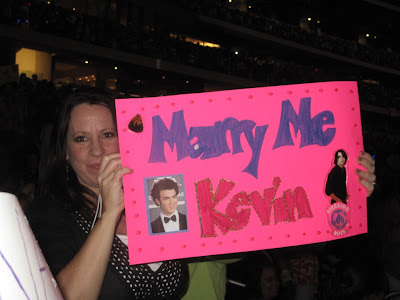 My mom and my aunt Cindy 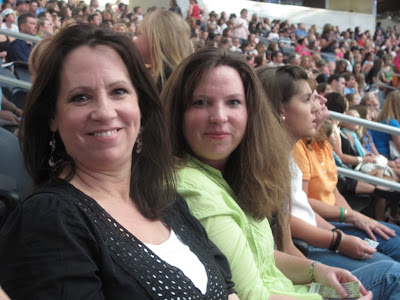 Reagan, my cousin Kellye and my aunt Karen. 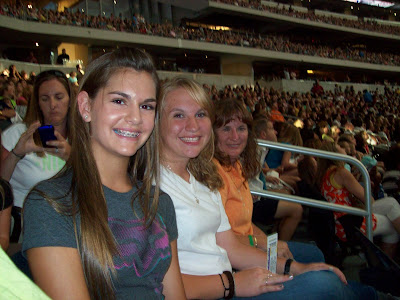 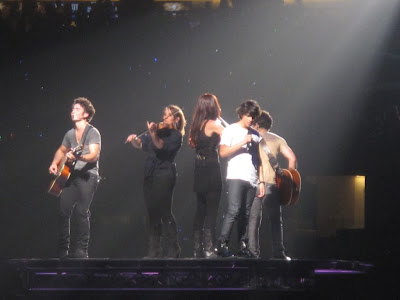 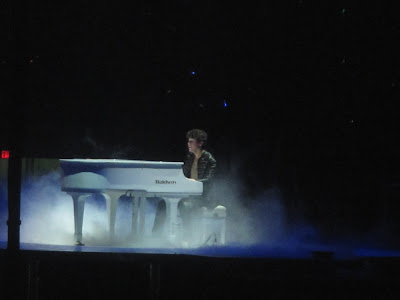 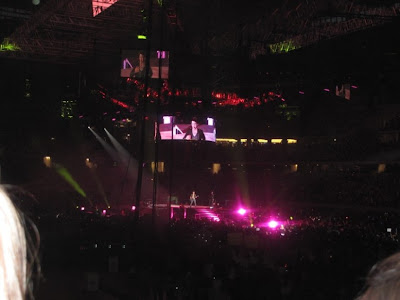 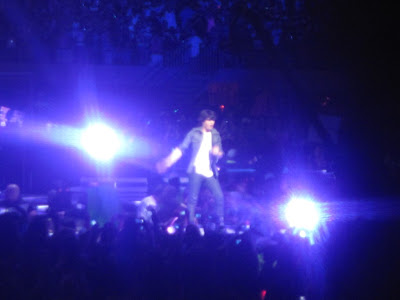 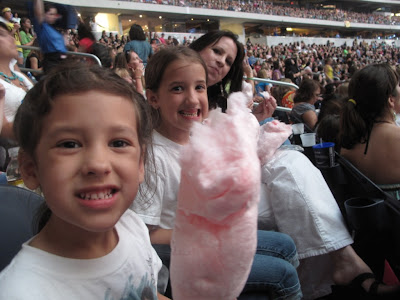 These two were fun to watch:) They knew the words to every song and sang their hearts out. 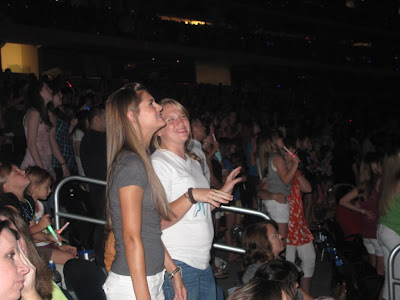 Jordin sang "Battlefield" with the Jonas Brothers. I thought that it was a great performance. 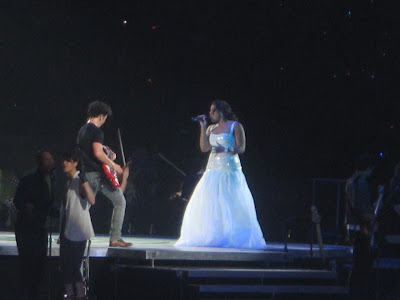 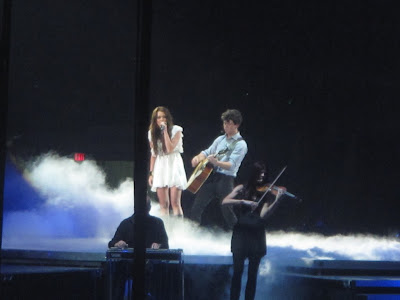 Me, my mom & the girls after the show. Thanks so much for coming Mom-it was a fun memory to share with you! 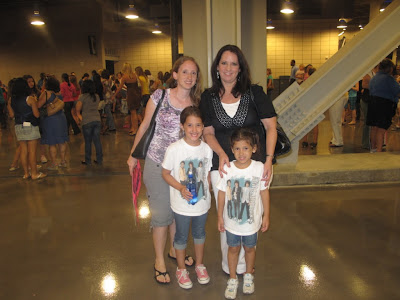 And we had to take some pics in front of a Cowboys sign! We're Texans and gotta show our Cowboy pride! :) Grandma & her big girls. 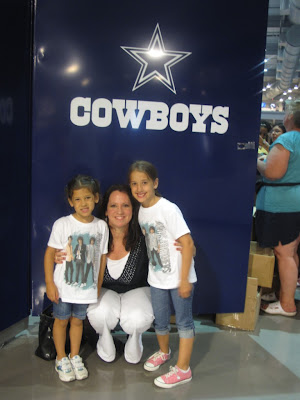 Cindy & Kellye(Cindy is a hardcore Cowboys fan-I think thats the main reason she came to the concert actually, to see inside the new phat stadium!) 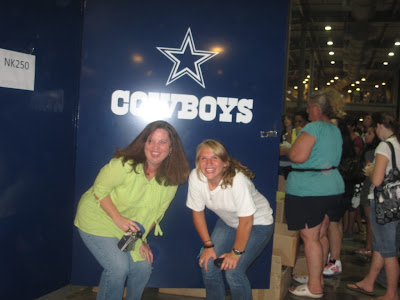 Me and my girls in front of the JoBros van. The girls each signed their name on it. 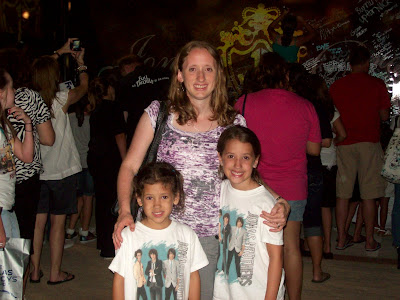 As we left, I snapped a shot of the stadium. It looks like an alien ship or something! It is so ginormous. 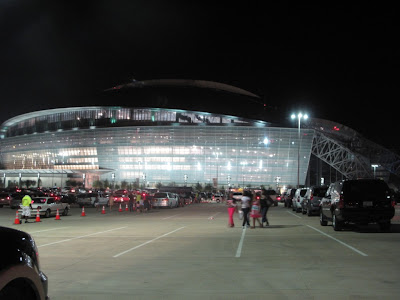 Thanks for a fun night everyone! I had a blast and I know my girls did too! And yes, I actually do like the Jonas Brothers and I'm 28 years old.

I'm glad you guys had such a blast at the concert. Those were some good pictures you captured there. :)
There ain't no shame in loving those Jonas brothers. ;)

You guys know how to party! Fun, fun, fun!

YOU ARE THE BEST MOM EVAH!

Wow Way to get the party started. How fun.. It is really fun to read Tara's and your side of the evening. It gives a full fun picture. Great pictures.

I wish I had been there.

That was a great night! And great pictures, by the way.

Also, it's Reagan instead of Megan....

haha! i told aubrey it was reagan and she INSISTED it was megan so i put megan. can't wait to tell her i was right! hahaha. sorry reagan!

You're the coolest Mom on the block, for sure. And if it had been Lionel Richie I'd have been there, too.

what a fun night together - all generations of COOL!

It was a fun night to remember! Thanks for getting the tickets for us. Good times!!