A little bit of snow

On Christmas Eve, while we were in Corpus(of course!), in snowed in the DFW area. We were not happy to say the least! The only thing we'd seen this year was a little flurry in December, but not much. I prayed we would have another opportunity to really get to play in it and my prayers were answered. About a week into January, we got a little bit of snow, not a ton, but enough to have some fun in. 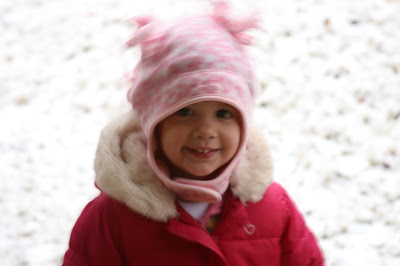 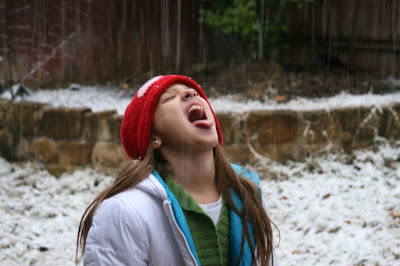 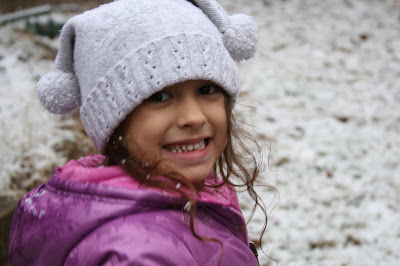 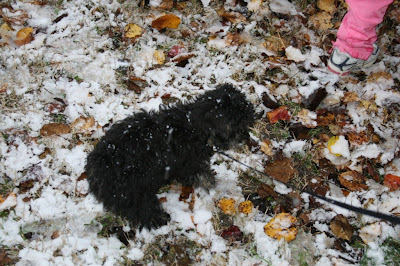 I think he mostly enjoyed eating it. 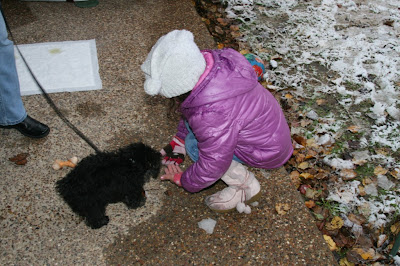 Aubrey watching while warming up her hands under her armpits? 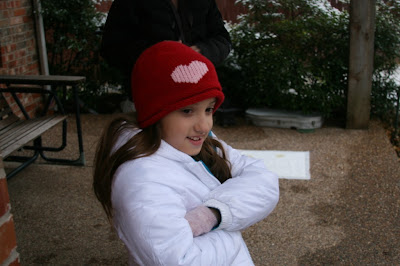 Cute Cal. This is the first year she has really gotten to play in it. It was so cute to see her running around and making her sweet little footprints. 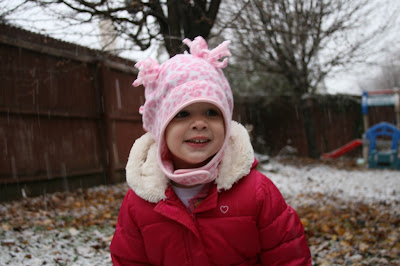 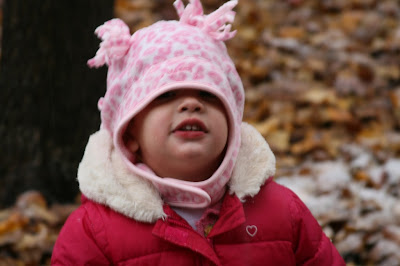 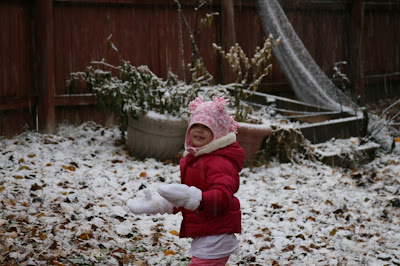 A happy Mom watching(thats me:) 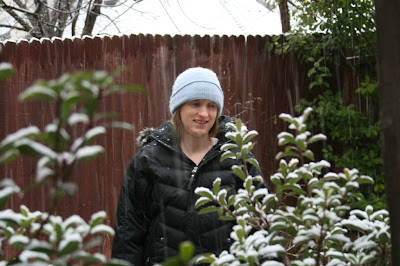 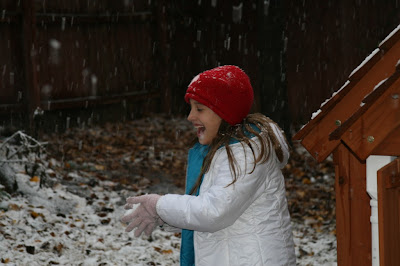 And almost ends when Ella starts to cry and hides under her hat. 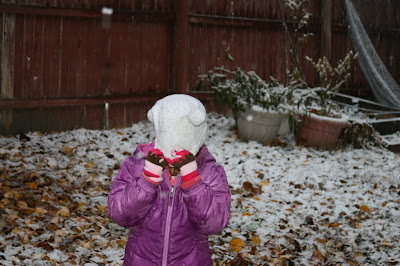 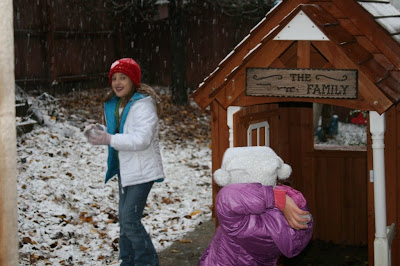 Oh, the excitement we Texans have for snow-lol. We were so disappointed the next morning when we woke up. It was totally melted and gone! I didn't get any good pictures of the accumulation we had gotten:( I'd say an inch? I don't know, but it was pretty darn exciting:)
Posted by hoLLy at 1/15/2010

I have to admit that I'm laughing--here in Utah, we probably wouldn't even worry about hats for that one, but down in Texas it's like magic. Just goes to show you that it's all about perspective.
Your girls faces are priceless!

I can't wait to take them skiing some day so they can experience a TON of snow. It is pretty magical when does snow here though.

Loved the snow pictures of the girls Holly! I remember how exciting that first snow fall always was when I was a girl! You have captured that same feeling perfectly in this lovely photos! Have a great Sunday! xxoo

I love these pictures they are so cute and I'm glad everyone had a good time. I'm especially happy it snowed even if for a little while when you got home. Could be like Corpus and only threats of snow. Oh well, everyone looking cute. Hey we'd love to make that snow trip with whenever its planned.

I wish I would wake up and have all our snow totally melted and gone! Alas, we've got a good 2 or 3 months left . . .

Just stopping by to say I hope your daughter's tooth returns to normal! If it's not too dark in color, I think your chances are very good. I have 4 children, and only one has ever had anything like that happen, so I was a little freaked out!