Ok, so I'm backtracking a teensy bit to last week:) Friday night we decided to take the kids out to dinner and out for some fun. It was the last weekend before school started so we thought we needed to party. We went over to Fairview and ate at... 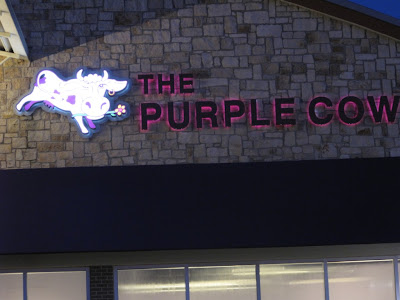 Yummy food, but mostly we went because we thought the name of it was cute(Cali was so excited about the cow being purple:) and it was right next to the "Fountains at Fairview" which was our planned activity for the night. We had been to the fountains with friends before, but had never gone at night when the water glows and they have light shows. It was really cool!! And the kids had so much fun running around and making friends with all the other little girls there. 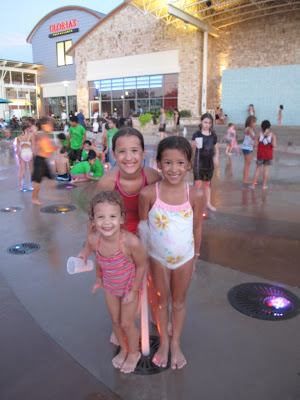 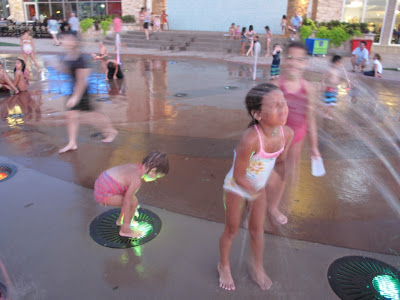 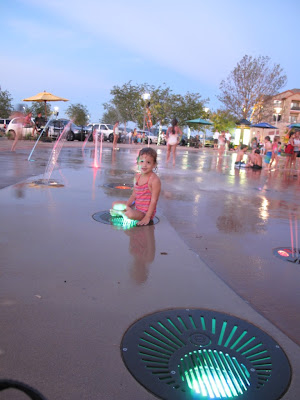 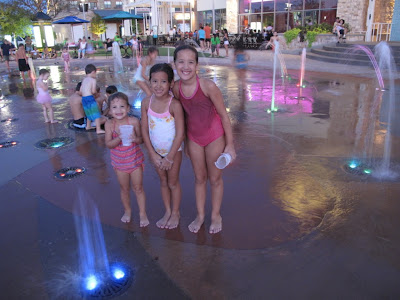 Time to dry off and get ready for the show! 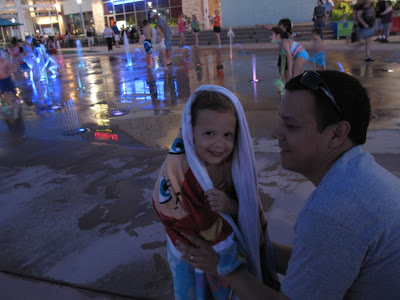 Cali and Ella danced to the music-it was so cute. 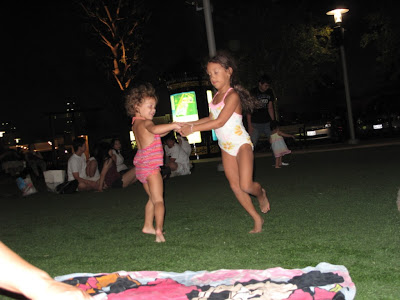 Aubrey chillin on her towel 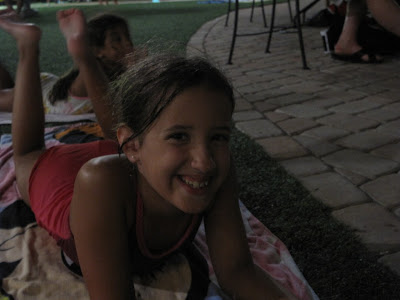 And a couple of pics of the show. The water glowed different colors and shot up and down and all around to the music playing. It was pretty awesome! And the fountain in the middle shot waaaaay up high. The kids were pretty wowed by it(and we were too). A fun free family activity! 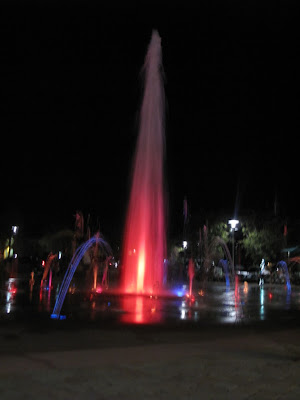 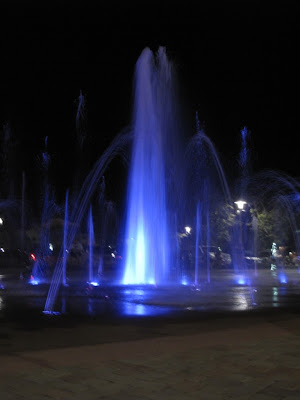 What a fun end of summer activity Holly! Your girls will have some really wonderful memories when they get older! I always loved the beginning of the school year! It was great seeing kids I had not seen all summer and well, I guess I was a geek! xxoo

Looks like tons of fun - -and now you have your precious little guy to look forward to! Yay!

Dude - next time take me with you!