The Corpus Christi Museum of Science and History experience

While we were in Corpus, Joey's parents treated us to a visit to the CC Museum. We had a LOT of fun! This was the museum I grew up going to and it has a special place in my heart. Its not the biggest fanciest high-tech museum but I still think its the best. Its got personality. Its fun. And its funky. We had lots of funny experiences here, so there are lots of pics I'm posting. Don't stop half-way, finish this post because its worth it! I saved the funniest part for last. . .oh, and a nice butt shot.

A cute picture of Cali checkin out some rocks. 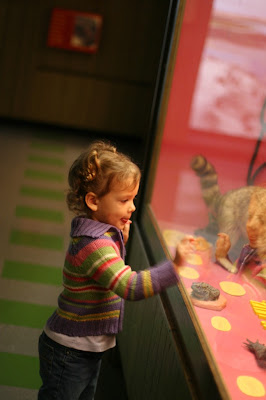 This made us laugh and you'll see why in the next picture. 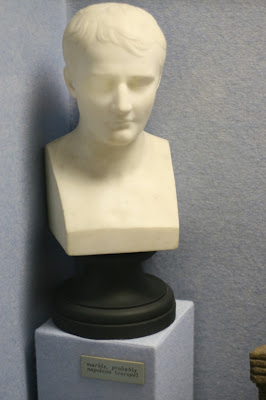 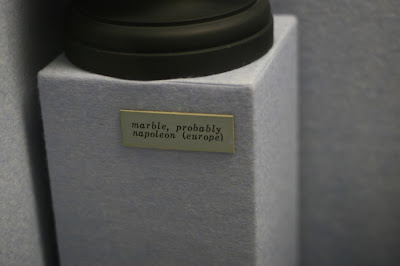 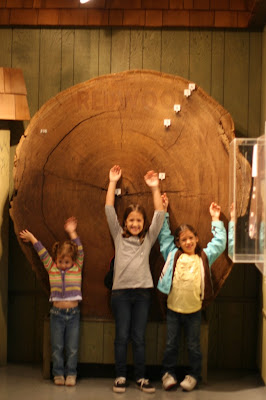 This was one of our favorite exhibits. It was a place where they displayed visitor comments from like 25-30 years ago or something. Little kids and adult reviews. They were HILARIOUS. They put up positive and negative comments. . .if you can't read the bottom of this picture, it says, "It stinks." 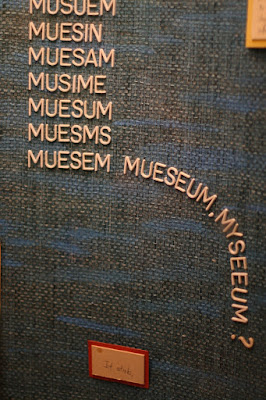 This one says, "I think its neat. But its cruel to kill animals that didn't do anything to you and starch them." Love it. 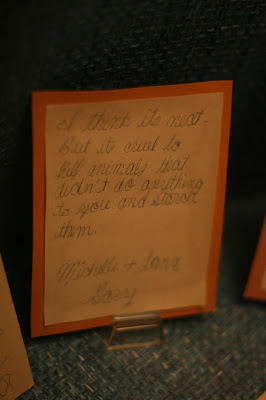 The dino area was also full of laughs. Joe had recently had a dream about dinosaurs chasing him that actually made him roll of his bed and hit the floor. So, he was able to relive some of those dreams here. . .
Run, Joe, run! 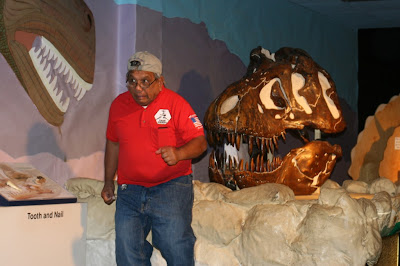 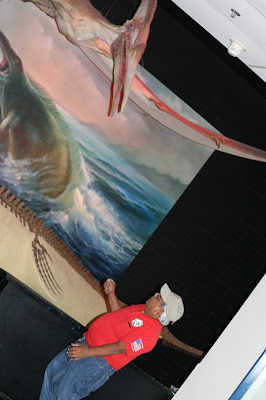 Joey's dad is the BEST. We sure love this guy:) He keeps it real. 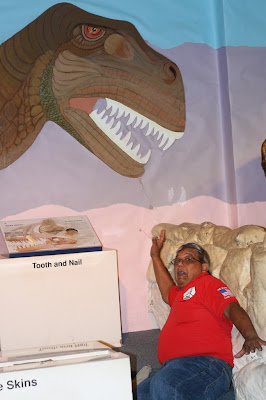 Ella and Cali had fun fishing off the Gulf Coast. 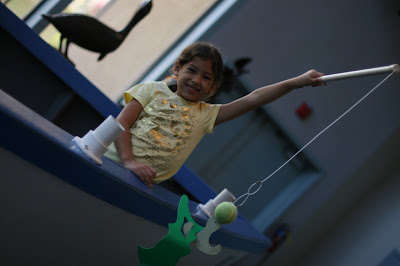 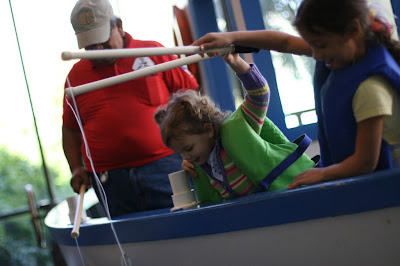 We even saw a monkey. I was surprised because you usually only see these at the zoo. 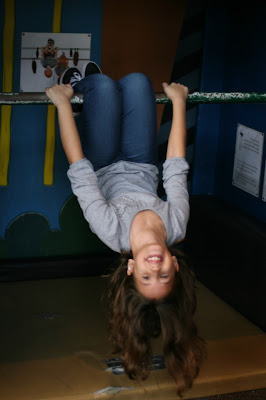 Cali and Tata hangin out. 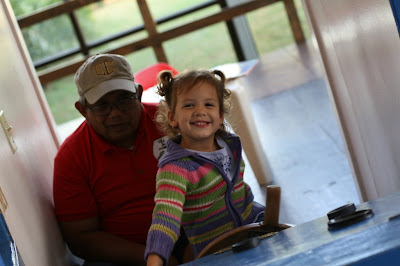 While they played, Ammon and I watched and spent some time together. 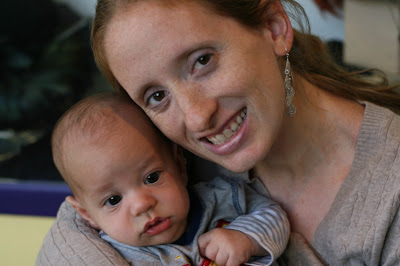 I LOVE this boy. 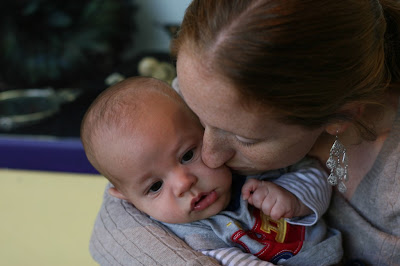 Look at that face! So kissable. 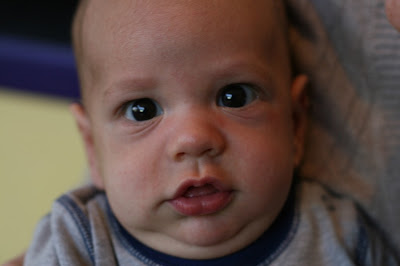 He was a happy boy that day. I think he likes museums. 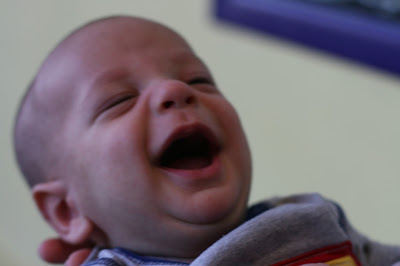 Dancing in the ballroom. Looks like hip hop classes are paying off... 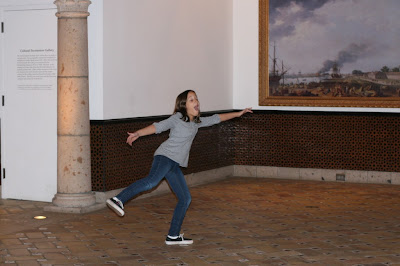 Aubrey preparing for battle. Don't mess with this kid. She might blow you up. 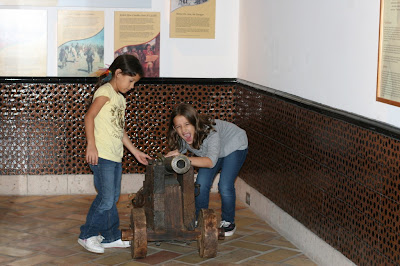 Okay, so now for the funny story. I thought it'd be fun to climb over the counter of an exhibit and pretend to work at the general store. Don't ask what possessed me to do this. I like to make my kids laugh and sometimes I'm just silly(hence the title of this blog:) The museum was pretty empty that day so I thought I'd be fine. Well, after a minute or so Aubrey runs up and says, "People are coming!" and then she says, "Its a tour group!" The sheer look of panic on her face was something I won't forget:) 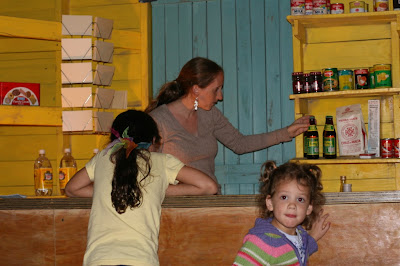 And this is what happened next. 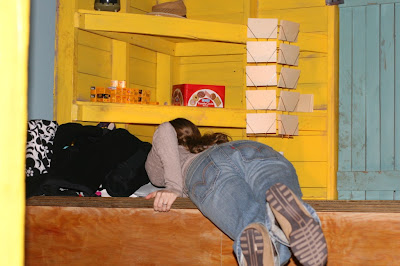 So, yes, I learned my lesson. And I've never hopped over a counter so fast in my life.

LOL! That was such a fun little excursion. Thanks Mom and Dad! We all had a blast.

Oh Holly, you do make me laugh! You're such a silly gal and I love you for it! You are a beautiful family, right from the oldest down to the youngest! xxoo

What a fun trip to the museum. It is nice that Joey's folks took you. It looks like you had a really fun time there. I am rolling in the floor laughing over the last picture... you do crack me up Holly!

Have a great week. I am sure that you and your sweet family have lots of fun holiday things to do before Christmas is here. We just got back from the ward Christmas party. I bet you had one this weekend too.

Enjoy it all and don't work too hard. Hugs, Lura

nice booty shot! Fun times with the fam and tata. Love the comments from the kids from about the museum - I think it's cool they kept up the negative ones.

Love it. How very Lucy of you.