The Third Grade put on a fun little musical called "E-I-E-I-Oops". Aubrey played a cute little mouse:) We used minnie mouse ears and tied a black sock around the red and white bow to cover it up...cuz we're clever like that:) She had a speaking part and did a great job! She wasn't thrilled about her part-she had hoped for a different one and even tried out for a solo(which I didn't find out about til later, I was so surprised!). I was so proud of her for doing that! I just can't believe her confidence and bravery lately! Anyone that knows Aubrey knows that she isn't a loud and outspoken girl, but at the same time she isn't super shy. Shes in the middle:) Which is perfect. But I still would've never imagined her trying out for a solo. She has surprised us this year with her singing and dancing abilities! She didn't get a solo, but she still got a great part! I told her to make the best of the part she was given and she totally did that. We were proud of the super job she did...and I think she was the cutest mouse ever. 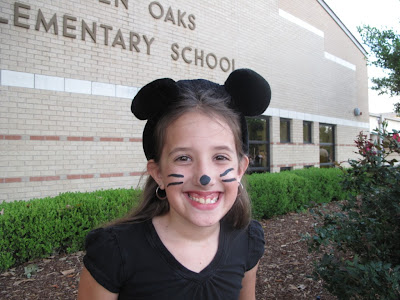 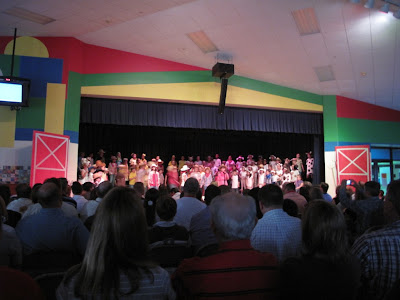 I think this is a cool picture-she made eye contact with me right as I snapped the picture:) 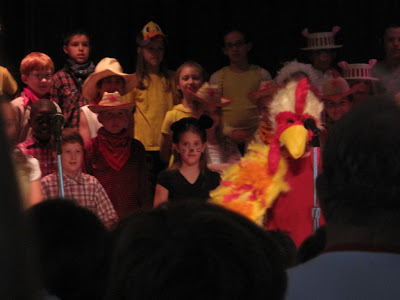 Aubrey and one of her best friends Courtney after the show. They are such sweet girls and such good friends. 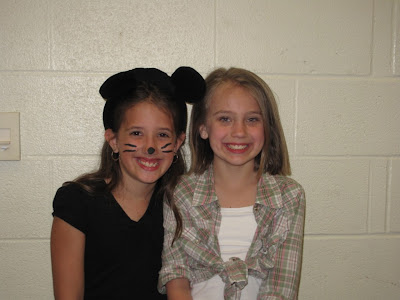 I think she is the sweetest mouse ever too!I just love your family!! xxoo

congrats Aubrey. You make the cutest mouse ever!

The really confident ones know that it you learn more when you listen, and sometimes not saying anything at all is better.

Wish we could have seen the play but I am sure she was definitely the cutest there ever. Its the small parts that make the main person look good so she had a very important role in it all and one day she will be that lead for sure. Awesome job on the costume and great creativity for sure.