The State Fair of Texas

I'm a Texan. Born and raised. I've lived here my whole life. So you would think I would have visited the State Fair of Texas before recently, right?! Wrong. We've even lived in the city where its held for the past five years and it took us this long. We could never time it right. It seemed I either had a new baby or the weather was too hot or every Saturday was too jam packed during that time of year.

Anyways, we finally went! And we had so much fun! I must say though that this place is SO EXPENSIVE so if you plan on going next year and you've never been, be prepared to spend your life savings.... :) We had discount coupons that made two of the kids free, but still just to get in was so expensive...and then you have to pay for parking and then each ride costs plus theme park priced food. For our family to ride the ferris wheel(which is the biggest in North America), we had to pay $30. CRAZY. But we figured it was a once in a lifetime thing for us so we splurged and did it. Everytime we have driven through downtown Dallas we have seen that huge ferris wheel and I always thought it'd be cool to be able to say we rode it. Well, we did it(and I have to admit I had a mini panic attack on the way up the first time! I totally freaked. I have a little fear of heights, but I really wanted to do this. I laugh about it now...but I wasn't laughing then! I'm lame. Aubrey was seriously like my mom comforting me the whole way:) And that was the only ride we did...seeing as that to ride any other ride we would shell out close to that much again...and we wanted to eat at some point.

We did enjoy lots of free stuff though: a cool bird show, bmx show, pig races(cute!!), a little pretend farm(Cali & Ella especially loved this-they actually "worked" the play farm and then at the end they earned money and were able to spend it on a real food item-all three thought that part was awesome!), petting zoo area, checking out Big Tex, watching The Bangles perform, checking out the car show, watching the parade, and watching the fireworks/lazer show at the end. We had the state fair corny dogs for dinner that were pretty darn good. Also, the State Fair is known for selling all kinds of crazy fried stuff. We decided to try the fried lemonade and the fried ding dongs. The fried lemonade was SO GOOD. Ding dongs were okay-wouldn't recommend trying that. We were there from 1pm till almost 10pm, thats how much stuff there is to do there. We were beat by the end of the day. This was a good test run for Disneyworld coming up! Wait, I've never even posted about that. We're going! In 25 days! WOOHOO! I need to add one of those cute countdowns to my sidebar:) I have been busy busy planning every detail of our trip and we can't wait to go.

Anyways, enjoy pics of family fun at the fair! Now we can say we are true Texans :) 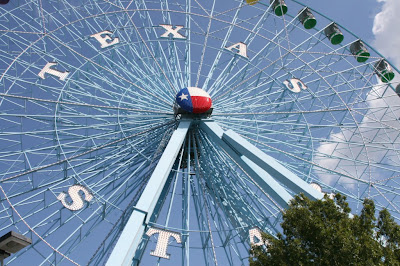 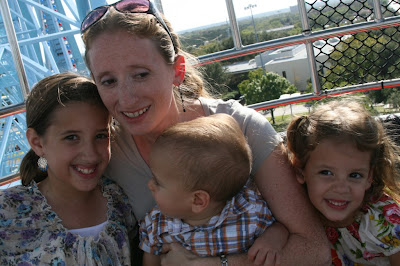 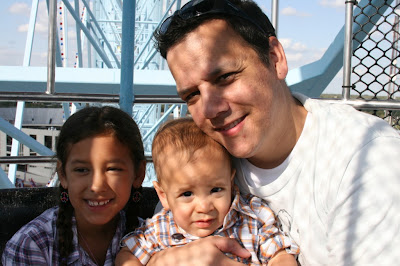 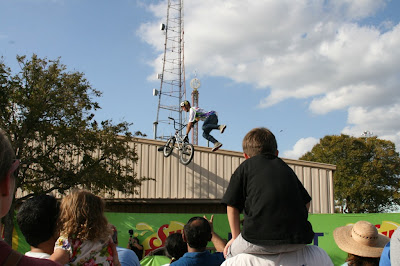 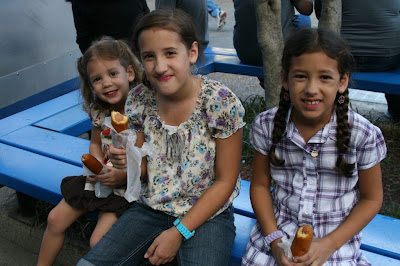 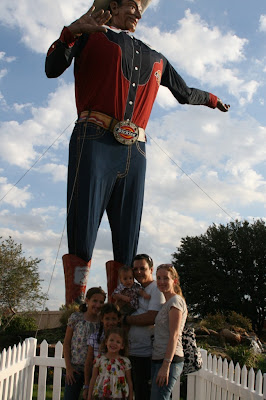 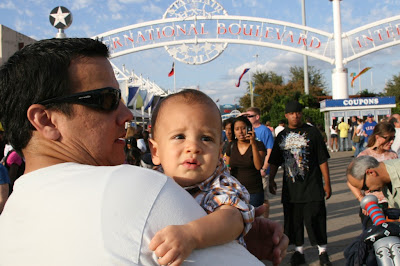 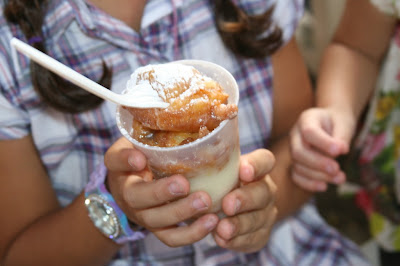 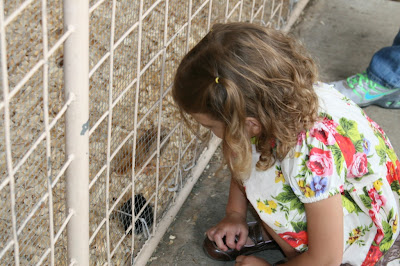 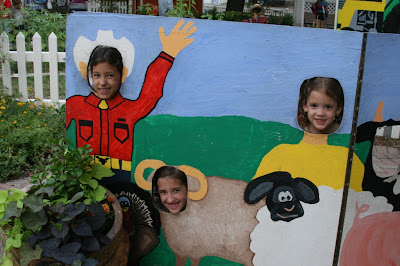 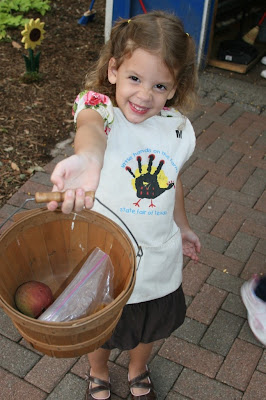 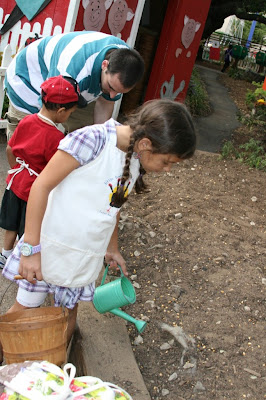 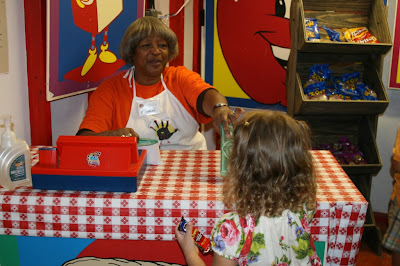 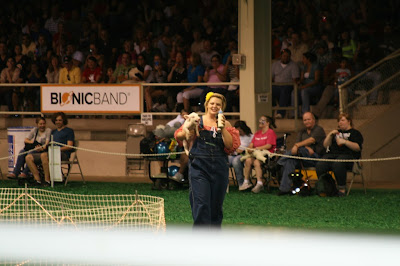 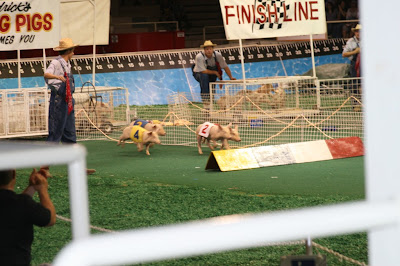 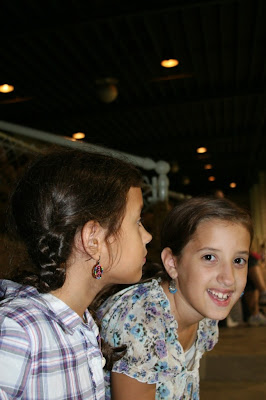 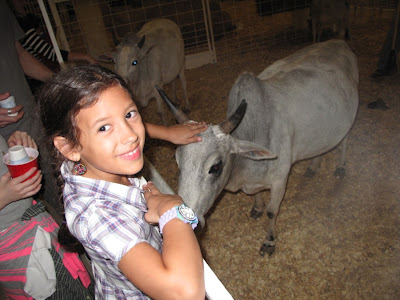 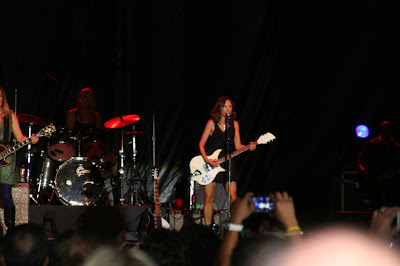 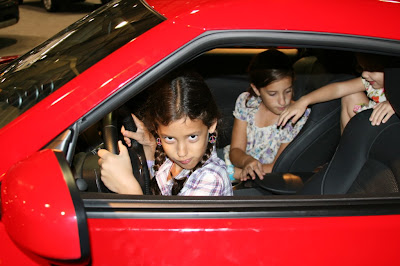 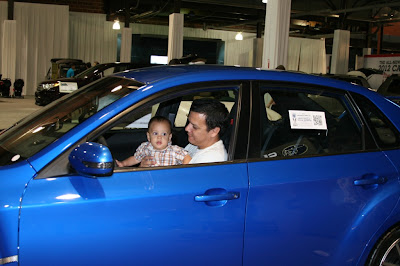 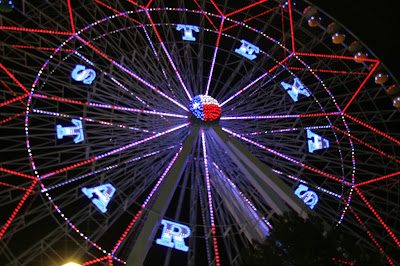 What great memories for your kids. There must be a wee smidgen of crack in those corny dogs cuz I would seriously wait in the longest line paying exorbitant prices for a Fletchers. Fried crack, I tell yah.

Love the pictures Holly. Looks like a great time was had by all. I do love a county fair. They're the best! Ohhhh corndogs. No such animal over here. :-(

Looks like you all had so much fun. I don't know if we'll ever make it down there, but it looks like fun!

Didn't know they had fried lemonade??? How do they do that??? I love the State Fair. Looks like you guys had a good time. Good pics too!