Valentine's Day 2012 and our crappy date night that ended okay :)

I told Joey that this year for Valentines Day all I wanted was a bundt cake from Nothing Bundt Cakes and to go watch a movie with him. We don't get to go to the movies very often these days so I thought it'd be fun. Welll...you tell me if you think this was fun:) A couple of days before Valentine's he and I went to the movies and watched The Vow(total chick flick but hes a real man that indulges his wife:) We don't do babysitters often. Seriously, we have paid a babysitter less than five times. I'm paranoid about it. And I'm cheap. In the past I've done swaps with friends of mine and its been nice: free and an adult I trust. Also, a lot of the time we seem to have a newborn I'm still nursing and that makes date nights impossible. So, to us, this is a rare thing. So of course, this night, had to be a night where Ammon wouldn't go to sleep before we left. I tried to calm him and get him down(which cost us time) but he never really would. So we left hoping he would fall asleep. So we arrived at the movie late and missed the first few minutes-suckity! I was stressed as we arrived at the movies. 20-30 minutes into it, I got a call from a panicked Aubrey. She said he had been crying. And that he cried and cried. The sitter went in to hold him and try to calm him down and he made himself throw up on her! Poor girl. Good thing she has little siblings so it wasn't too horrifying for her, but I felt really bad!  I told Joey we should go home. Then the sitter got on the phone and said things were fine, he was happy now and they changed his clothes and that she could just play with him for the last hour. So, basically, I didn't get to enjoy the movie as much as I would've liked. And we missed a big chunk of it in the beginning and during the phonecall outside of the theatre while I debated going home or not. But I think it was probably a good movie? Haha. So thats what happened. And Ammon loved playing with the sitter so it was all good in the end. And no, he wasn't sick, he just gags himself sometimes. Little booger. We did enjoy the last hour of the movie though. I knew Ammon was fine(he was partying it up with an older woman late at night, so of course he was happy-lol) Overall, it was nice to get away just Joey and I. Despite the stress Mr. Ammon caused:)

On actual Valentine's I made the kids a surprise pancake breakfast complete with heartshaped pink pancakes. This was before school and honestly during the week I don't usually make big breakfasts since its so early in the morning, so it was a special treat! In the evening, we took the kids out to our "fancy" dinner at Macaroni Grill. They were all perfectly behaved and it was truly an enjoyable dinner together. We are very blessed with such well behaved kiddos!! Afterwards, we all ate delicious pieces of heaven-bundlets(we decided to buy bundlets for not only ourselves but as little Vday gifts for the kiddos too). They were totally thrilled! They know these cakes are divine. The kids all made us and each other handmade cards and gifts. It was a night of family love and togetherness. I love Valentine's Day! Its all about love. 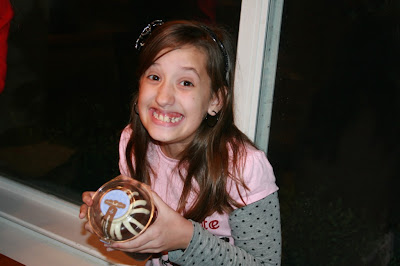 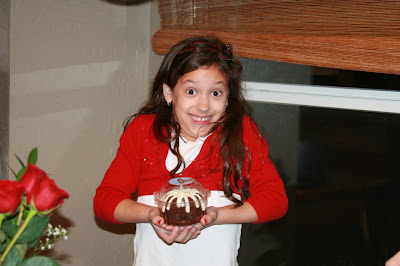 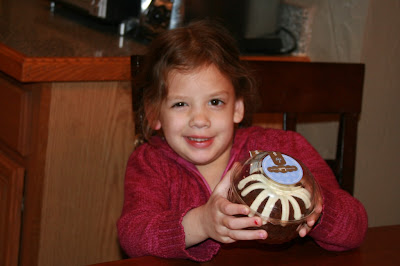 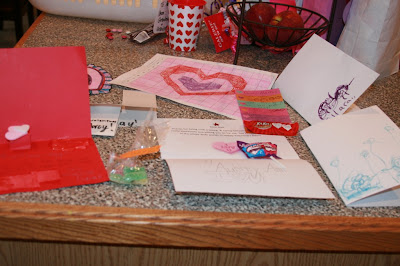 Seems like a pretty perfect couple of days minus a silly baby.

Looks the perfect Valentines Day to me! Sorry Ammon was so difficult on your date night, but it's something you can tease him about one day when he gets to enjoying his own "date" nights!! xxoo

Looks like a fun night with the family and you are brave to stay out after that kind of crying from Ammon, considering you have had a paid sitter less than five times. Glad it worked out, and that you had fun in the end :) - Emily