The city we just moved from was the hometown of recent top(#4, represent!) American Idol contestant, Hollie Cavanaugh. And not just that, she went to the girls elementary school too! So, the girls got to have two pretty awesome experiences- 1. She surprised them with a guest appearance and yearbook signing at a school assembly in May. Aubrey's teacher even snapped a picture of Aubrey with her but its in a box somewhere... 2. We got to see her in perform in person and be in a parade downtown. The girls were so so excited! They now have her autograph and pictures!  Suh-weet.


Here are some fun parade day pictures...and no, I didn't make the posters. I thought of it after we arrived and then we stole our friends :) 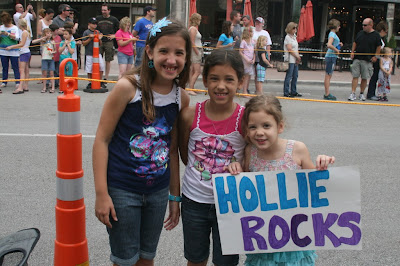 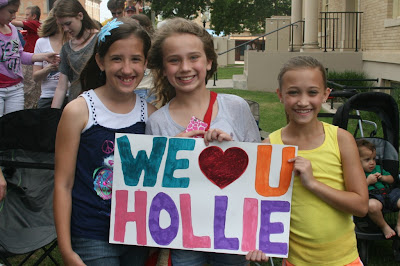 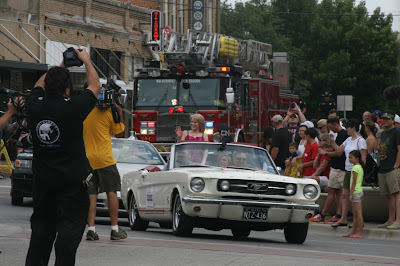 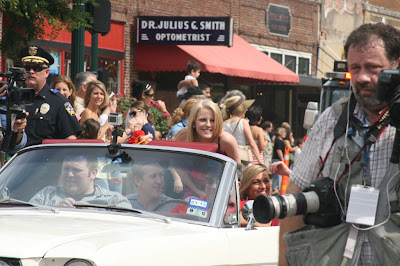 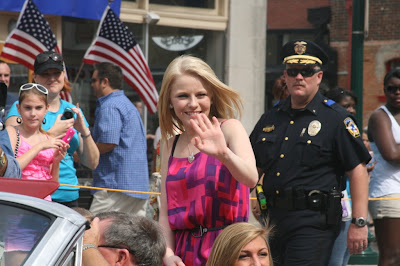 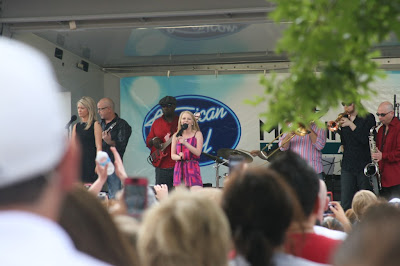