Go Rangers! (And Angels!) Our kids are confused.

Rewind: In the beginning of August, before Wes arrived, Joey took the girls on a daddy-daughter date to a Rangers game. It was our new ward's "Rangers Night." Someone in the ward was able to get ten buck tickets(not the best seats obviously, but cheap!). I was very very pregnant so I passed, plus Ammon isn't exactly the age to sit at a baseball game. Or sit anywhere for more than a few minutes:) Let me tell you how glad I was I didn't go(that sounds awful, I'm such a good mom, haha)...it was SO hot that day. I think the high was like 107. I would not have survived. But the girls were very excited. They hadn't been to a Rangers game in years.  What made this game even better was that the Rangers were playing the Angels. If you know our family, Joey is from Southern California..he grew up going to Angels games and is a big fan. And our girls(and mine too actually) first major league baseball game to attend was an Angels game in Anaheim a few years ago. So we are fans of the Angels...and the Rangers(of course, we are Texans!). We joked around about wearing fan gear for both teams and confusing people. Or having half the fam wear Angels stuff while the other half wore Rangers. We joked with the kids about choosing which parent they love most...(I'm obviously more partial to Rangers and Joey is to the Angels...so we messed around with the kids:) In the end, I won. They wore Rangers hats-hehehehe. I told them Texas is their heritage, their birthplace, they gotta embrace it! And they can still love the Angels too. But when the Angels play a Texas team, well, sorry dudes...:)


Joey and the girls had a great time cheering on the Rangers(and the Angels:) Enjoy the pics from their night at the stadium! And I threw in the last one for a good laugh..even though Aubrey just asked me who looks at my blog..she isn't sure she wants it posted. Too bad. Its here. Its posted! Too late!!!! 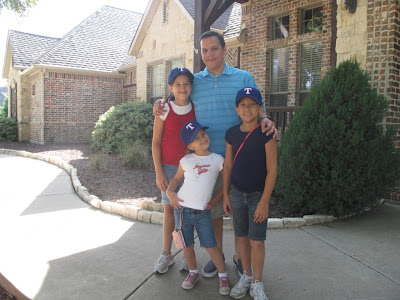 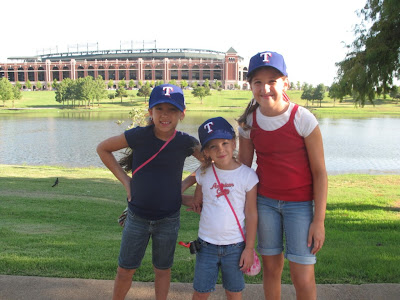 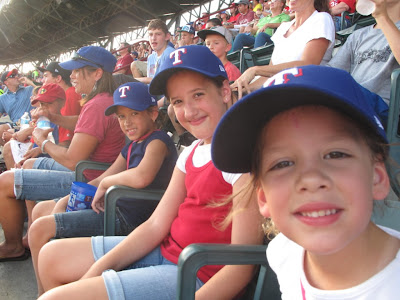 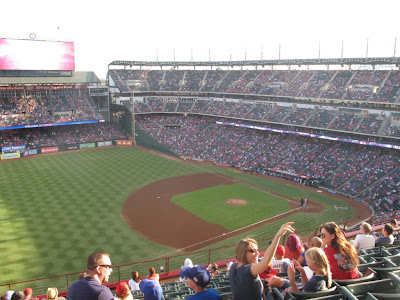 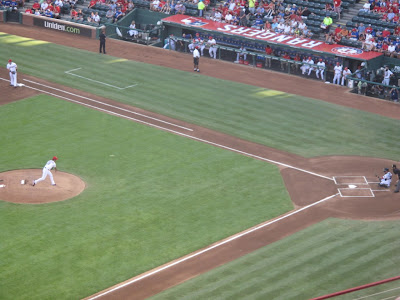 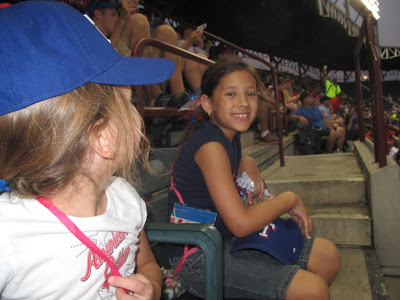 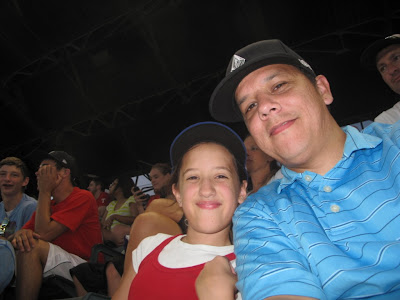 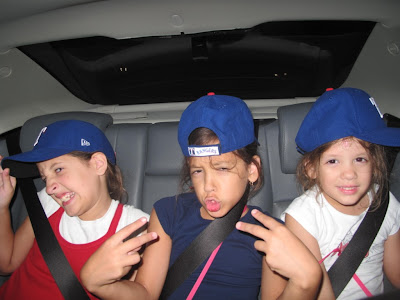 haha, love your girls and your sweet family Holly! That last picture is a good one! It made me smile big time!! xxoo

LOL Aubrey and Ella! Looks like so much fun. Glad they enjoyed it. You know, I always regret that I never attended a single Rangers game when I lived just a few miles away. How ridiculous is that! :/

Btw, it took like 3 tries before I could get that captcha correct. Those are sooooo hard to read, lol.
I wonder how many times it'll take to post this comment. Hmph
(Didn't get it on the first...)

What fun.... of course we are die hard Angels fans so I would have had to wear red to the game. You have such a sweet, loving darling family. I just love all of you. I'm going through kind of a hard time right now so please remember me in your prayers. I'm trying to pass a kidney stone but we need to leave for Utah in 3 days to welcome Justin home from his mission. I have to be able to make that trip. Wish me luck. Hugs, Lura

i am just now seeing your comments tara and lura! for some reason they aren't getting emailed to me like they should. argggg