Earlier this month, Wesley hit 2 months! He is trying to talk to us SO much, has the biggest cutest smile, and I just seriously love how much he uses his little eyebrows in his expressions. So sweet. He is so soft, smells so good, and is such a perfect little man. He is getting a little bit easier with each week. The first two months were tough since he didn't really like much other than being held(which I'm hoping means he'll be a cuddler like his brother and father:) but now that we are into the third month, he is getting easier with every day. He is becoming more interactive and its so fun! He still doesn't love his carseat or the baby swing(dangit!) but he will let me put him down on a blanket or put him in the little chair we have with toys, so I can actually get a few things done during the day and spend more time with Ammon too. So its getting easier...yea!  I can do this :) Those first few weeks are always tough, the fifth time has seemed the hardest ever-juggling a newborn with lots of demands, juggling your own hormones and recovery, and trying to figure out life with five kids hasn't been easy. And plus a move and unpacking to throw into the mix. Its been a little crazy but we are surviving! Here are the two month pics I took of him on his two month birthday. . .such a cutie patootie. 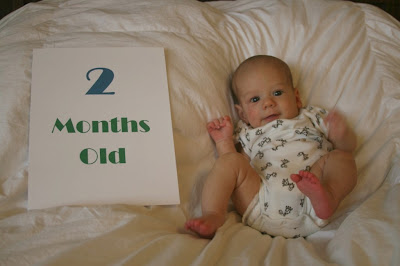 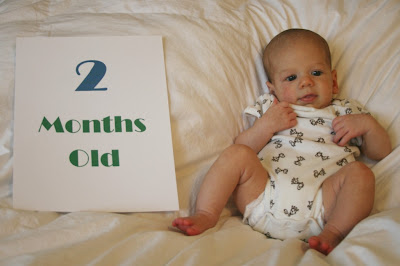 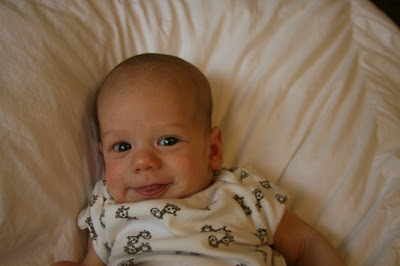 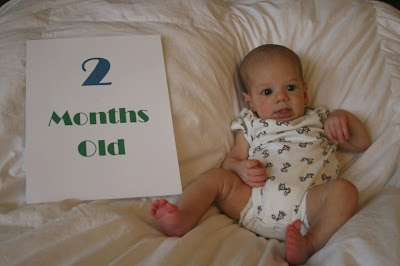 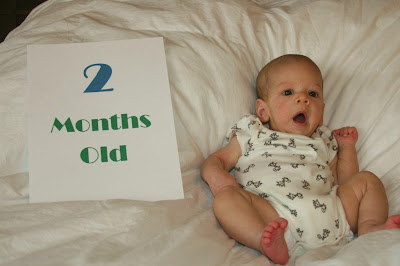