I recently won tickets to attend the nearby balloon festival in Celina. I was so excited because we had to miss the one in Plano this year(Wes had just been born and honestly after two years in a row of a suckity time there I think we are done with that...we'll see:) And Celina is so close to us so I was like, yessss! Maybe we'll actually get to see some balloons this year. Anyways, the day came and the weather had gotten chilly. Wouldn't have been too bad if it hadn't been crazy windy. We contemplated just staying home but we decided to brave the wind and cold since it was free. And our family can't pass up free because well, we are just plain cheap like that. So because of the wind, the balloons didn't fly(Of course! Year #3 that we have gone to a balloon festival and the balloons never existed...arggg) but what we did love about this festival was the amount of things to do. It was basically a big old carnival. We really don't go to carnivals, like, ever so we decided since our admission was free, lets let the kids have some fun and ride some overpriced carny rides. They had so much fun! It was the older girls first time to ride some of those spinning type rides. Would've been more fun if the wind didn't freeze their little faces off, but they still had a blast. I'll never forget laughing so hard as I watched the speeds pick up and their faces change-hahaha. We did that, enjoyed some live music and ate funnel cakes. Overall, a fun and cold time. Oh, and how could I forget. As we were embarking on our walk from our parked car to the festival, one of the worker dudes pulled up in this big 4 wheel hunting thing(Joey would know what its called but of course I don't) and let us get a ride in it since we had so many kids and a baby. Joey thought that was the coolest thing ever. He and Ammon rode on top and had a blast. I think that was Joey's favorite part of the whole evening :) Might've been one of my faves too. I love passing people up and yelling, "Suckas!" I didn't do that but I imagined it...I do that when I drive sometimes...or when we get the Fastpass at Disneyland.... 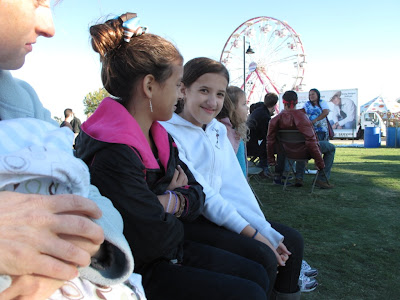 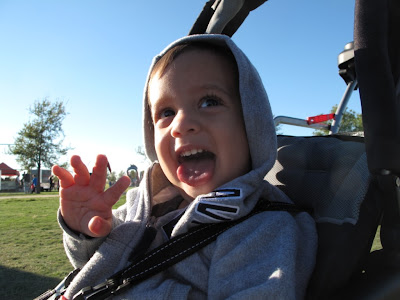 Okay, if you look close at this one, you'll see the powdered sugar from my funnel cake on little Wesley's hoodie :) A woman's gotta eat. 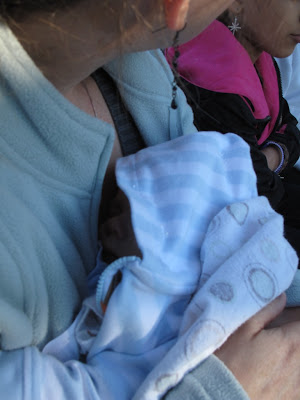 The sweet ride. Dang, we felt so cool. We were VIPs yo.When you have a million kids, it sometimes pays off :)  People pity you I guess, hahaha. 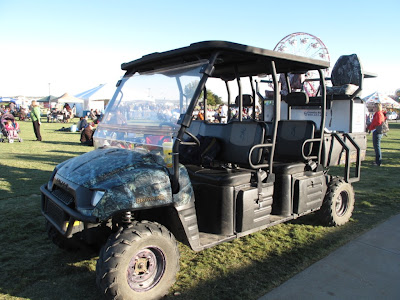 Getting ready to ride. Aubrey was nervous. Ella wasn't. Thats how it always begins with rides. But whats funny is how it usually ends. The opposite: Aubrey handles it well and Ella is the one who is traumatized. She is overconfident sometimes :) But neither was traumatized here..they both loved the rides they went on. So, phew, no tears or trauma. Space Mountain last year was a different story. 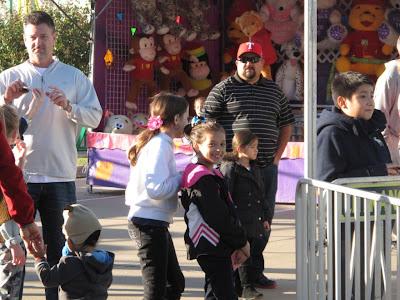 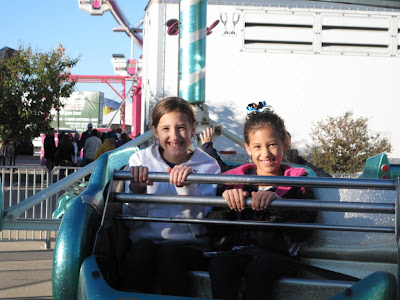 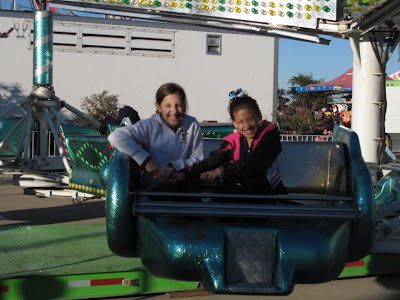 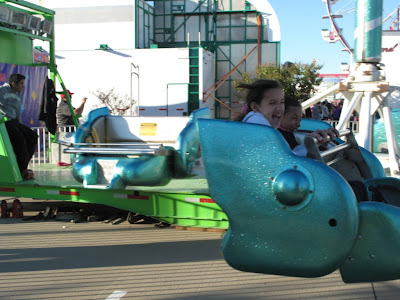 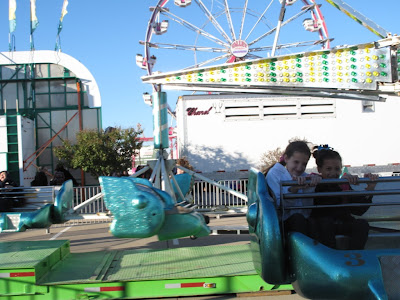 There was even a mini one for Cali to enjoy :) She was so cute. 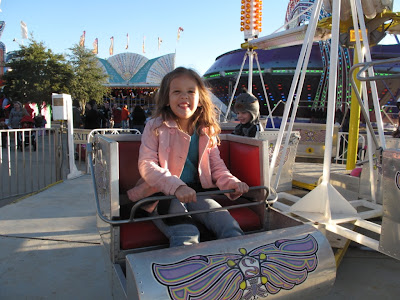 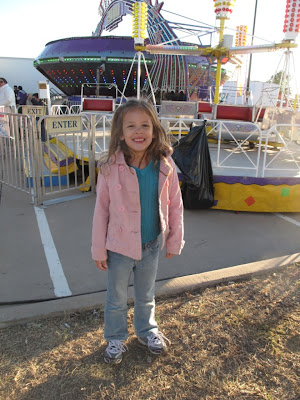 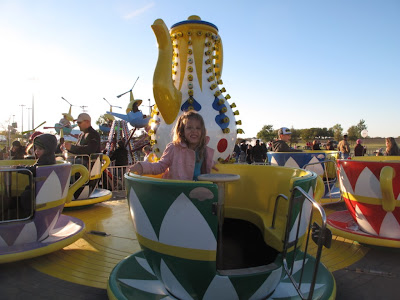 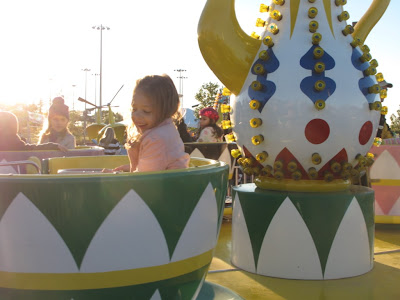 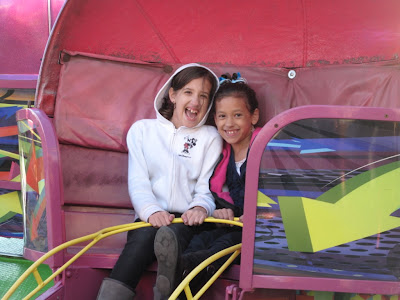 I loved seeing their little faces so happy! So we went hoping to see balloons and we ended up basically just going to a carnival. Oh well. I know the kids didn't mind at all!

So fun! Let's see if this posts though. I'm having trouble today. Ugh.