Christmas was wonderful. Happy kids. Smiles. Laughter. Fun. And even Christmas snow (Seriously! We had a White Christmas this year! First ever for me...that'll be my next post:)

Girls waiting behind the baby gate...had to keep em out of the living room :) Ammon was also locked up:) Haha, we are mean. 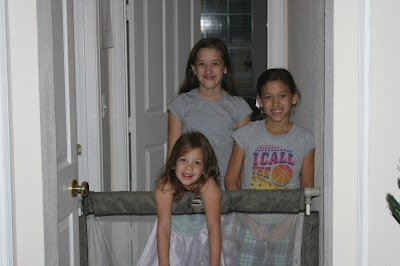 Release the hounds! Well actually Ella looks like a little zombie walking toward the presents, hahaha. 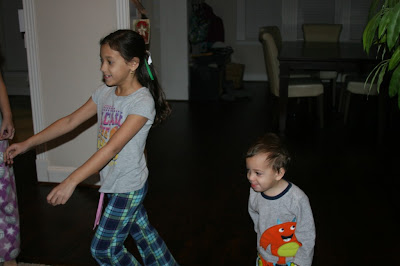 Ammon was so excited to see candy everywhere. And presents too. But I think mostly candy. :) 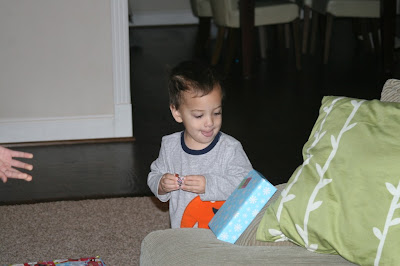 Present time! The kids got just about everything on their lists(if not everything). They are good kids and deserve it of course. 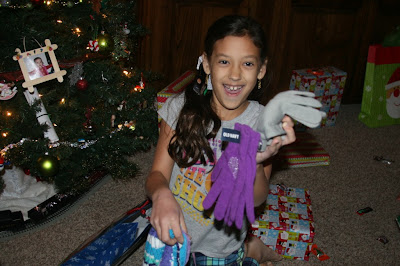 Ammon opening his Toy Story figurines. He is having so much fun playing with them. Thankfully he isn't playing with the girls lalaloopsies as much...thanks Santa for steering him in the right direction :) 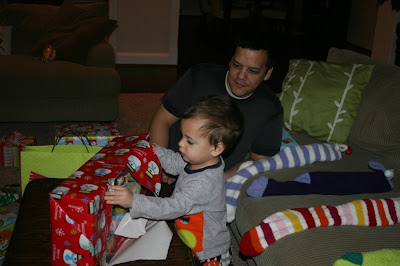 Aubrey was dying for an UnderArmour sweatshirt. She was happy to get one as you can see. Shes at that age where Barbies don't quite cut it no more...sigh.. 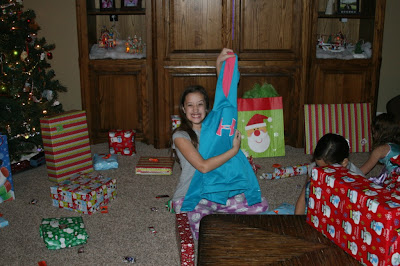 Notice Cali has candy in her hand while opening gifts...in just about every picture! Love this girl. Oh, and this Furby is now pure evil. My kids turned it so(well Cali and Ammon thanks to them yanking his tail repeatedly..he snapped....and he scares me now!) 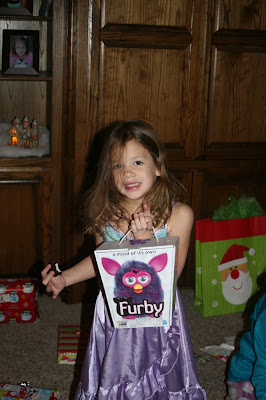 Bball hoop for Ella's room. She loooves it! She wasn't expecting this so it was cute to see her reaction:) 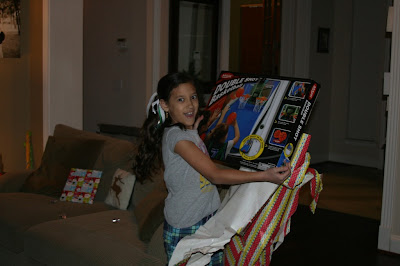 Ella's top item on her list was rollerblades. And she has been rollerblading all over ever since. She actually had never rollerbladed before receiving these but we knew she'd be good since she ice skates so well. No trouble at all, thanks(inside joke..my fam gets this line:) She gets her skillz from Joey of course. 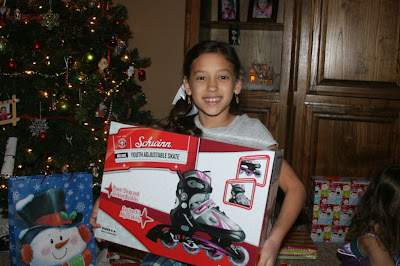 Ammon on his new lil trike! 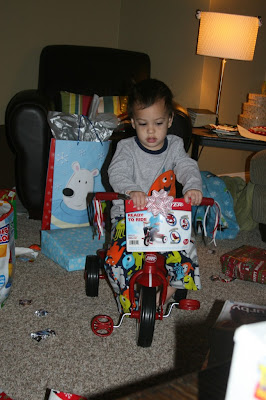 Cali enjoying(?) her candy. I don't know. Its just one crazy face she is making! 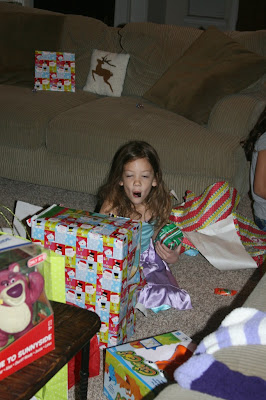 Wesley about to open one of his presents:) 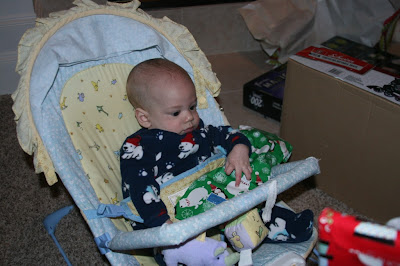 Truck!! He loves to pile his action figures in this Tonka truck daily and take them all for a ride. 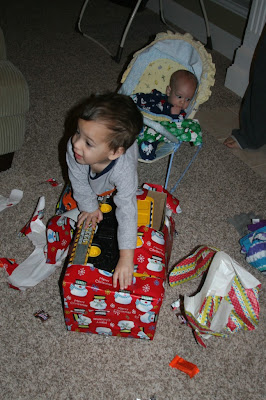 So Wesley actually ripped part of the packaging! The kids were like, "Whoa!!! Look Mom, Wesley is really opening it!" They were so excited for their baby bro.  And he loves his new little monkey. It attaches to his car seat and keeps him happy in the car with its music. He also got new pjs and a couple of other small items. 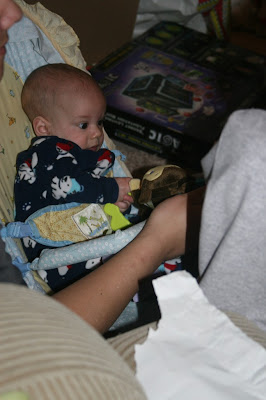 This was one of Cali's top requests. Of course the word "candy" is on the box...playdough candy! I think Ammon has only tried eating it once. Or twice. Ammon and Cali are two peas in a pod sometimes... 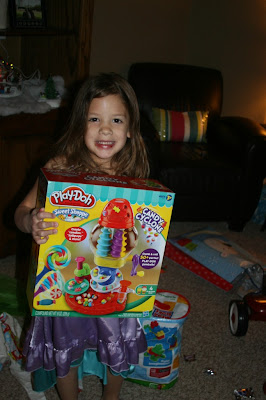 Here is Aubrey in complete shock. This was so fun to watch. She has been wanting a phone so bad and we told her when she turned 12 she could have one(with the contingency that she is behaving and is still a good responsible righteous little thing. And of course she will have major limits with it. We are a "moderation in all things" family and I will not be at the dinner table or at a restaurant with my family all holding devices during the whole meal..ridiculous how people get! We are the same way with tv/video games. I allow those things as long as they don't become a huuuge part of life. We gotta "live" yo. People aren't talking anymore!!! Anyways, off that tangent:)Santa decided to bring her a phone early so she could play around with it, take pics, sign up for Instagram(which she has been loving and we have honestly been enjoying seeing how creative she is there:) She isn't allowed to take it anywhere yet. Just something for fun at home sometimes. Santa has also been very impressed with her lately and felt she deserved this privilege. She is such a good girl. And I can honestly say she is doing great with not being obsessed with it and only using it with permission. I'm proud of her. She will get cell service on her birthday(no data plan though). She can't wait! And she just couldn't believe she got this for Christmas as you can see on her face! This picture is just plain priceless. She was NOT expecting this. The Samsung Note II... 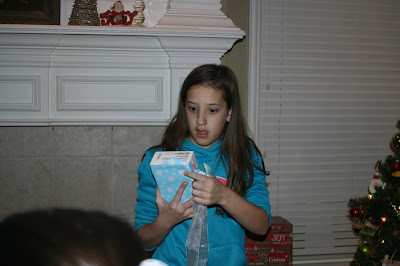 I swore she got teary-eyed and this pic proves it :) 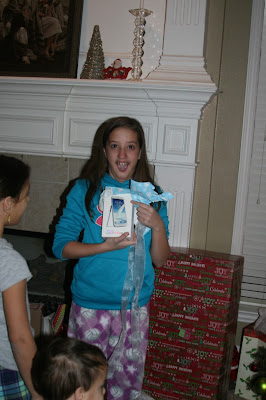 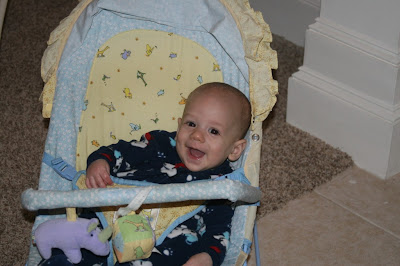 Joey's parents got Cali the American Girl doll she has been waiting for. She is so excited to have McKenna! She has had an AG Itty Bitty Baby for a couple of years and has now joined the ranks of AG "real"dolls as she says:) She is excited to play dolls with her sisters... 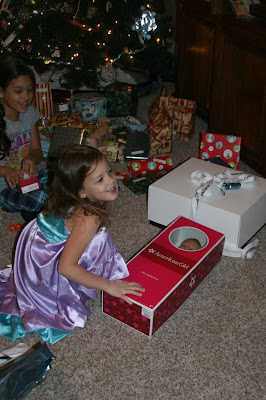 And just some chillin later in the day...Cali was making Wes smile... 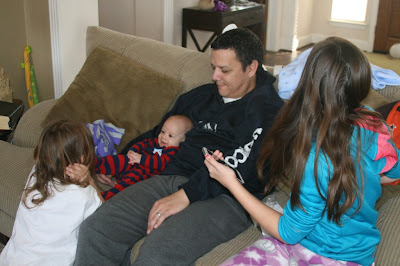 These are the moments that make life wonderful. 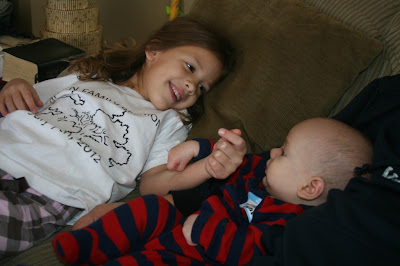 It was a fun and relaxing day. I'm always sad when Christmas is over :(  Its such a magical day with kids! I treasure the memories we make with our children.

that was such a fun magical family day. we have been so blessed.

Awwww...just so wonderful! Love Christmas Day pictures!!
And yes, when I read the "No trouble at all, thanks!", I totally heard you saying it. LOL Good times...