Not until the past couple of years have I realized how much Joey loves model trains or trains in general. Its really cute :) Joey's parents bought him the Polar Express train for a birthday/Christmas present a few years ago and its become a fun Christmas tradition. I love to watch it cruise around our tree. But what I love most is watching Joey unbox it all with the kids and set it up..and of course turning it on and watching it go with at least one child in his lap. Its such a magical thing! Joey also has a train set that belonged to his grandfather. It doesn't work but we always set it up at Christmas time as a decoration and Santa always fills the train cars with candy :) Its an antique Lionel train.Anyways, back to the point of this post, when Joey heard there was a big train show being held at a local convention center-he made sure we were there:) I wasn't extraordinarily excited about it(I'll admit it!) and the girls weren't sure how thrilled they were either. Not saying we don't like trains, but to spend hours of our Saturday driving to look at a bunch of old trains didn't sound amazing-haha. But we will all admit it was very COOL. I never knew how many different types of model trains their were...and how serious people are about them! So many cool scenes and setups. Big trains, teeny trains. These men were serious-one dude was even wearing a little train engineer outfit and hat :) So awesome. Ammon and Joey were in heaven :) And us girls, well, we had fun too.


Joey & the girls checkin out trains. And Ammon checkin out the train stamp on his hand. That was one of the most exciting parts for him :) 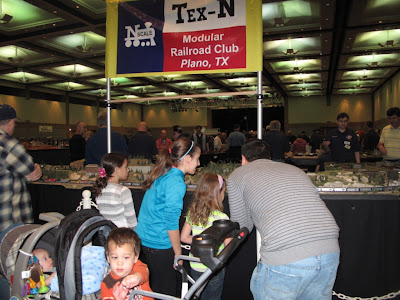 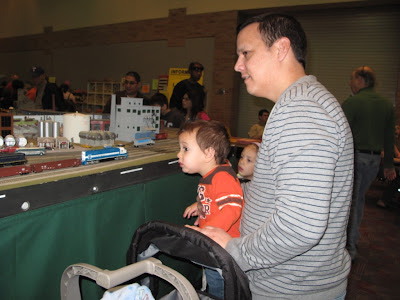 Ammon is still enthralled with the train stamp on his hand :) 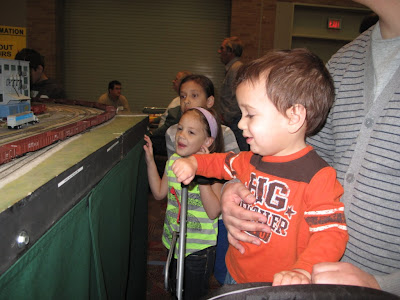 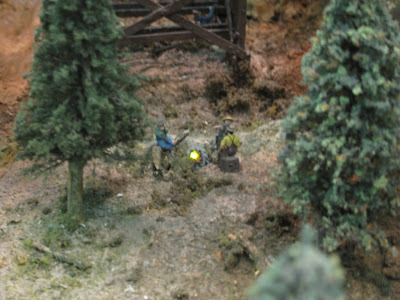 Just a cool scene. I think I took better pics on my phone than on my camera. Oh well. Here they are anyways There was one scene with an amusement park and all kinds of stuff. 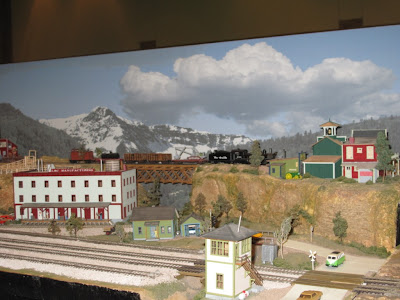 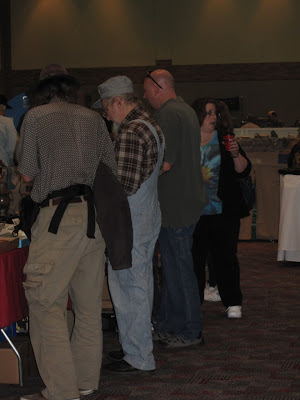 Cali making Wesley giggle. He was so good. 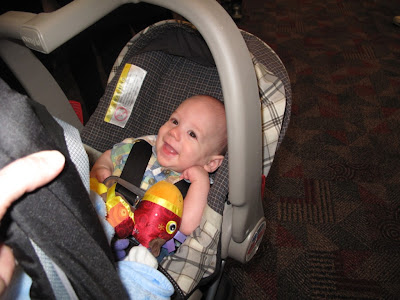 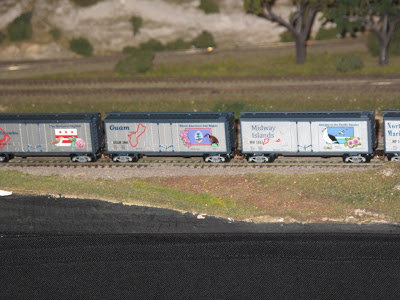 A really neat train and the top of Aubrey's head. 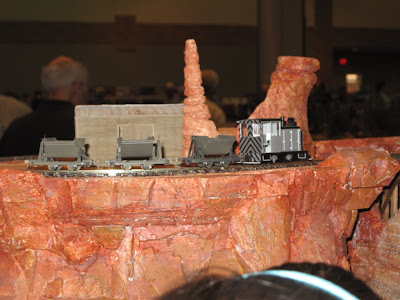 I really like trains too, but probably not as much as Joey. :) It sounds like a cool thing to go to. I remember when Arthur took me to a balloon expo (no, not the hot air balloons, just regular blow em up balloons); I wasn't really that excited to go. But it was actually really cool what people can design with a balloon. Totally got off the subject there, sorry. LOL :)

Glad to know he is still enjoying the trains. Nice to see the one with Guam on the side that was interesting. It can become a serious hobby for sure. On the old train set as kids we each got to put one of trains on or each train was ours mine of course was the Caboose........always pulling up the rear....

Tara just a side note Joey has helped in the past with baloon sculpting when he was in High School and we owned a balloon company it was fun we did many different neat things mostly our bigger events were Homecoming and sculpting the Queens name which was always a big secret till we did our balloon release. All fun days of memories.

Glad the girls enjoyed spending time together as a family that's always the best.

yup balloons and trains...gotta love em. :) thanks for enduring babe! That train show was really cool. so fun to see how creative people can be.