I love attending the kids field days! Nothing beats watching the kids get water dumped on their heads..tug o wars where kids are flopping all over each other and screaming...kids hula hooping like maniacs and races where half the kids aren't paying attention and picking flowers:) Okay, maybe that was just Cali...hahaha.


I LOVE this picture. Cali is running her heart out while her teacher is cheering her on! Love her teacher. 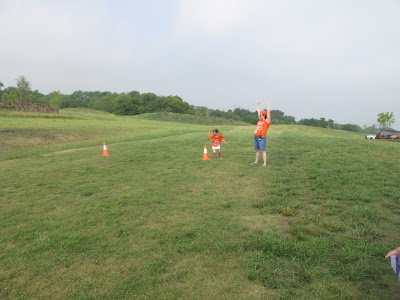 Cali and her favorite classmate, Mia. 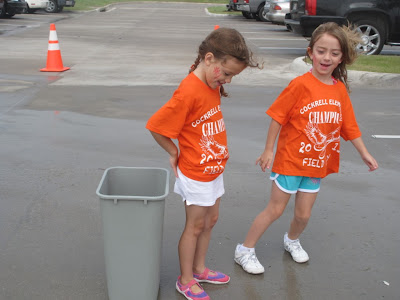 Here is one of the reasons why I love her teacher. She is just so fun. One of the P.E. coaches(the dude in pink) came and dumped water all over her. Like soaked her. She told me later that she told him to do it just so the kids would laugh and get a kick out of it. I thought that was so cute. However, she didn't realize he would pour quite as much as he did. And that was the shock:) Haha. I heard him tell her off to the side, "You told me to!" And she said, "Well, I didn't think you'd pour that much on me!" I guess he just went for it. Ha!! 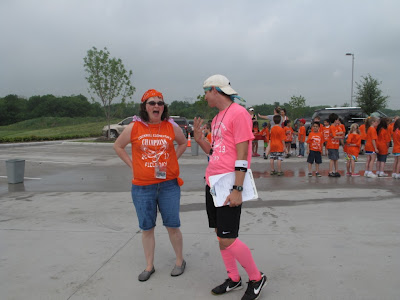 This picture is HILARIOUS. Cali was hugging a friend in line during the races and I guess the friend said something funny to which Cali responded with a huge laugh and leaned back. If you can zoom in on the pic, you can get a better look but it just looks so funny.This picture captures the essence that is Cali :) Goofin off...:) 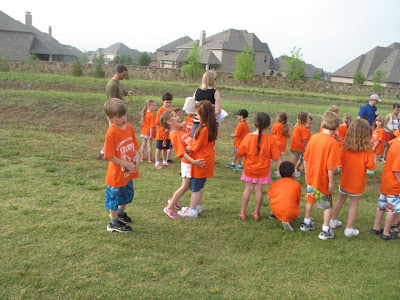 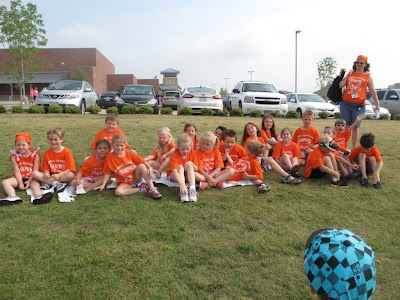 Here is Ella's class doing the wet sponge relay. They lost. Poor class lost every game! I was talking to her teacher and she was telling me how her class is the smallest(stature wise:)..smallest class size...and also just not competitive. And she was right. The other classes were hard core! And Ella's class was totally chill. They are just a more laid back group. And a more quiet group too:) They were so sweet. But darn, I felt bad that they didn't win any games! :( 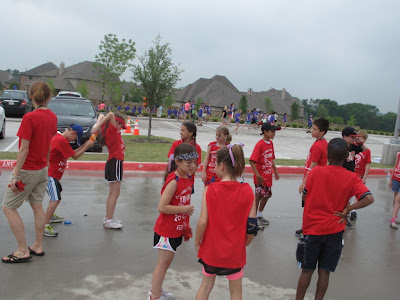 Ella and some of the cute girls from her class. 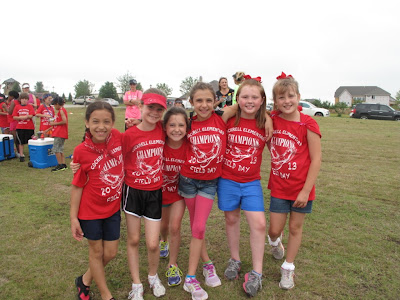 Ella and her bestie, Caitlyn. Love these girls! 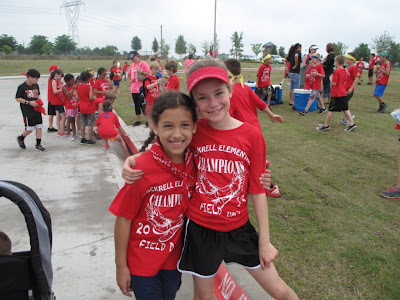 Tug O War. And you guessed it, they lost :) I told Ella well its not about winning, its about having fun. Well then she said it wasn't really fun not winning. Tis true...tis true. 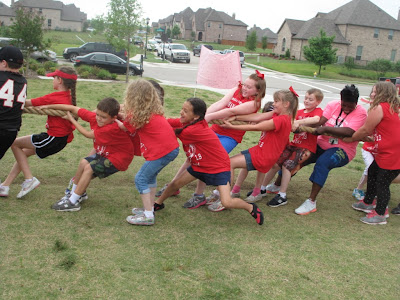 I think Ella's favorite part of the day was showing off her brothers:) Lots of little girls were oohing and ahhing over them. They didn't mind at all. :) They were the center of attention! 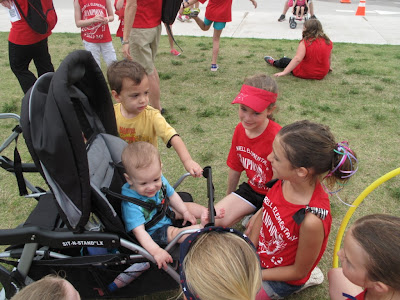 That looks like it was so much fun! I haven't seen all of these. They were cracking me up. Sad I had to miss it. :( Dang work.

Field days are the best! Glad they had so much fun!! :)