Thats what Ammon has been saying with a smile and fond recollection ever since he went on a Father/Son Campout with Joey. He had so much fun!

So, Joey has waited YEARS to have a son to attend this with..so happy we got our boy..and then another! :) He'll have years and years of campouts now:) The day of the campout Joey spent lots of time getting everything ready..packed lots of stuff and got the tent out and ready to go..loaded up the car..packed some snacks and rain gear(as the forecast showed it would possibly rain) and headed out. Ammon was ready to go! Even though he had no idea what they were doing really :) He was also just really excited to get to ride in Daddy's car which was a first for him:)  I was nervous when I saw the forecast show storms. It was the first time for me to be away from my Ammon overnight and I kept picturing the lightning and their little tent out in the wind. I'll admit to telling Joey I thought he should come home around 10pm when the storms were wailing on our house(which isn't that far away from the campsite) I asked him if his tent was waterproof and he assured me it was(but I found out later it leaked and Joey ended up carrying Ammon and they slept in the car for part of the night-haha:) But Joey wanted to be a man. And they stayed through the storms....despite a paranoid mama:) I had to just trust him. Which was hard :) Joey said Ammon just had a blast. Even when it was storming and the thunder was loud, he wasn't scared.  However, when they woke up in the morning the first thing Ammon said to Joey was, "Lotta rain!!!" I'm so happy they were able to go and have this "male bonding" time :) They hiked around, ate snacks, roasted smores, had breakfast with the others the next morning and had fun just being outdoors enjoying nature together. And weeks later, Ammon still talks about camping with his Daddy. So grateful to have married a man that loves to spend time with his kids and build memories that will last forever. He's an amazing guy. 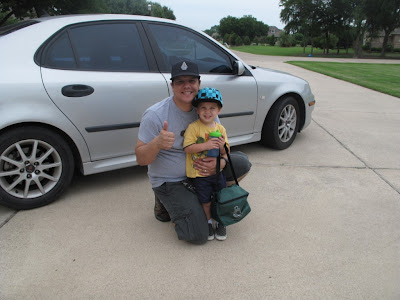 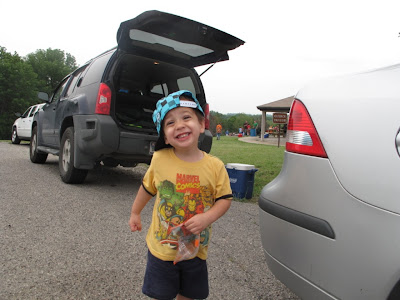 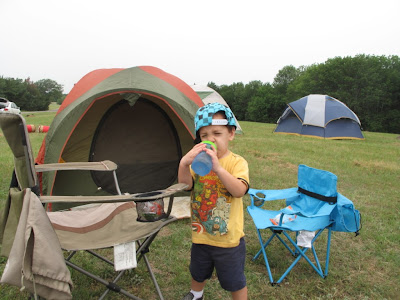 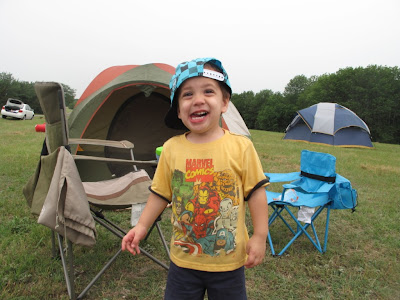 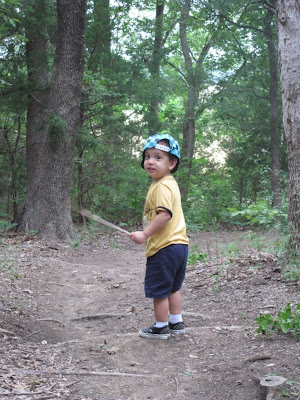 I think he liked that stick 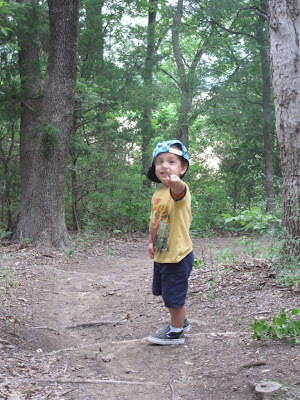 There is something precious about this shot. Love this little boy. 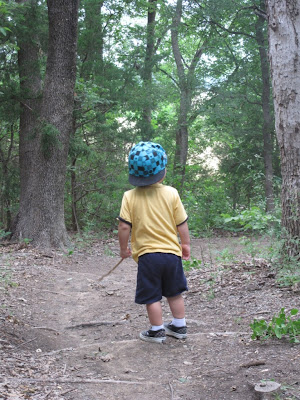 The rest of the dads/boys at the campsite. 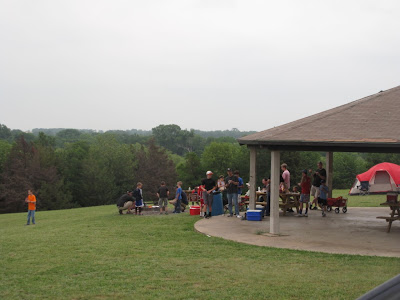 After they survived the night :) Hes got that cute sleepy, "I conquered the storm!" smile. 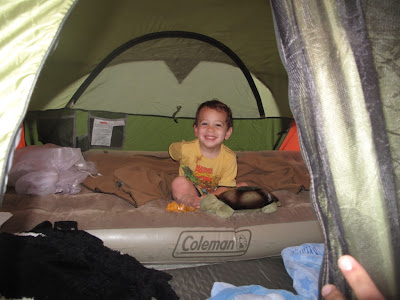 Enjoying his drink. This boy likes to drink stuff. 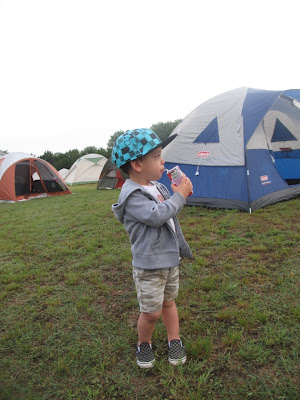 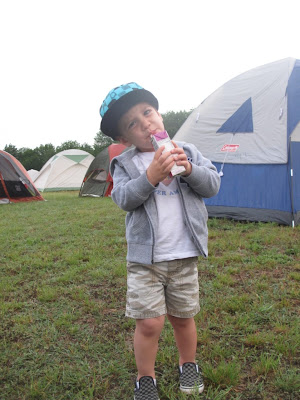 Had to add this after I posted originally: Ammon came into the office just now and saw my post. His eyes got big and said, "Ohhhhh...camping Daddy! Aw so cute." LOL
Posted by hoLLy at 5/28/2013

Awe, thanks for posting that babe. that was a crazy/fun trip. worst storm i've ever camped in. it was nuts. for the record, we only were in the car for 30mins due to the crazy lightning. :) ammon stayed dry, as for me..that was a different story.

and can you believe i actually changed his clothes??? :)

Aw, this made me actually get a little teary eyed seeing those adorable pictures of him. Your kids are so lucky to have such awesome parents. Memories he will cherish forever...