We have entered the "I'm COMPLETELY mobile!" stage:) This boy is speed crawling all over the place. He even pulled up to standing the day before his 9 month birthday. Its such a fun time to see him discovering new things every single day! Life is definitely changing.We are having to have the gate up by the stairs now(he has decided to scale them now..caught him up on the second step the other day--oopsie:) The girls are constantly being told to close their doors or he will get in there and try and play with their Lalaloopsy dolls and Barbies:) Its so funny...when he sees me coming, he starts crawling as fast as his little knees will take him to get to their room as fast as he can while the door is still open. Its like he knows hes not supposed to be there! Its his favorite place right now:) That and the laundry room...I have caught him in there by the dog food/water bowls. He loves to dump out the water and throw the food everywhere. Its super awesome. :) He is still our smiley happy kid, even when he is sick(Pics below are not the best! He was sick. And it was cloudy outside so the lighting stunk so they are either too dark or I had to use the flash so they are too bright. Oh well, I tried! Hes cute no matter the quality of the picture:) And I swear he already has a sense of humor. Its like he tries to be funny. Already. I think he's gonna be a little jokester/prankster like his Daddy. 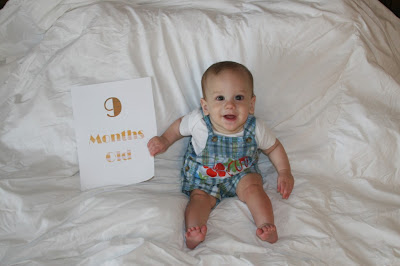 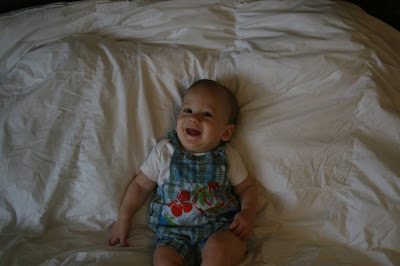 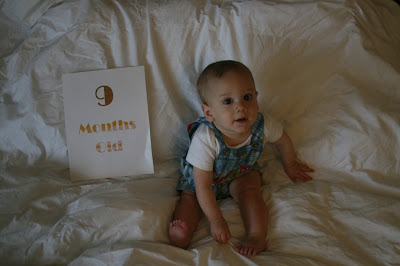 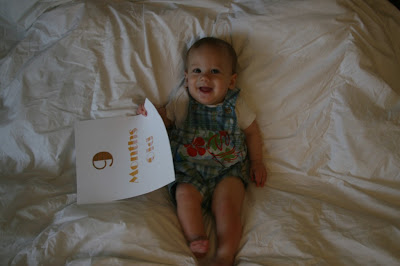 Had to give him the camera lens cap to keep him still in the next few. He kept wanting to do a nose dive off the bed :) Or bend the paper in half. These photo shoots are getting harder with this crawling-I'm-not-gonna-stay-still baby! 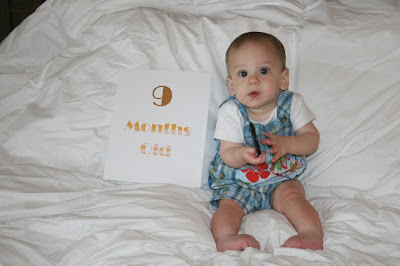 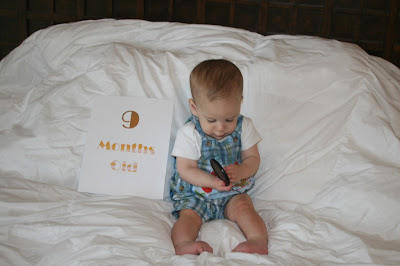 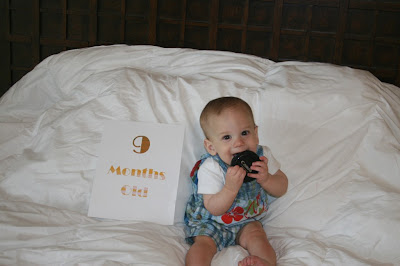 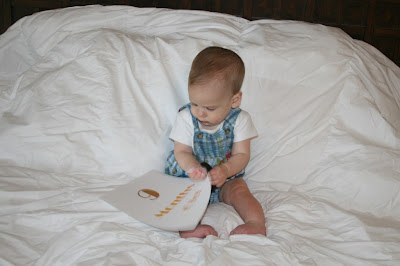 That's my boy! ;) I bet these next set of pics are going to be impossible to take. hee hee