Ella is back at it in iceskating again! She has taken a couple of classes in the past at the Dr. Pepper Star Center but has decided to really go for it now, which is exciting! She has a real talent!!! I loooove to go and watch her skate. She just passed Alpha level and is starting up Beta. She is so graceful and beautiful out there on the ice. She works really hard and doesn't ever want to stop:) We really saw some major progression this session-she can skate on one foot now, do forward crossovers, plow stops(okay, I don't remember what they are called, something like that:) and spins on the ice(not in the air..yet:) She is now learning to perfect back crossovers and t stops and a few other things. I'm not iceskating savvy, but I know she is doing fabulous! Its neat to watch a child learn something that you've never even tried before! And its really cool to see her have a talent that I don't have at all. Like I've said, this is definitely a talent she received from her cool Dad :) I'm proud of all you are accomplishing sweet Ella! By the end of the school year, I bet you will be wowing us even more and more!!! She wants to do figure skating and has asked for her own pair of skates instead of using the free rentals the class gives her. . .we'll see. . .:) Those are dang expensive. Oh, and she wants one of those iceskater suitcase things..Zuca. Again, expensive. Kids aren't cheap:) Well...we'll see what Santa comes up with or her Grandparents :)

Here she is after class sporting her new cute little Nike jacket we got her for class. 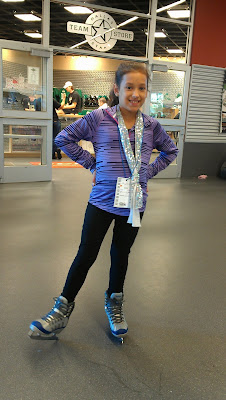 And okay, these aren't the best shots(taken from my phone while I was watching through the glass) but I tried! 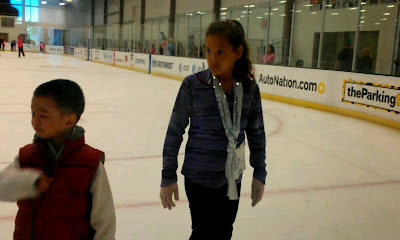 Here she is putting a foot up as part of her crossovers. 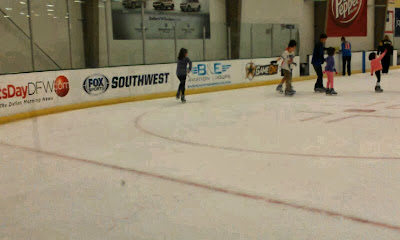 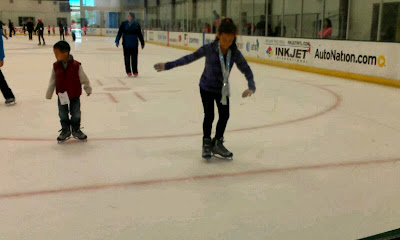 She is doing more of an actual skate now instead of the looks-like-she-walking style :) She is awesome. 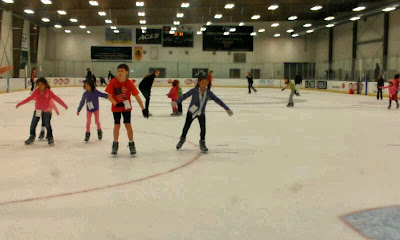 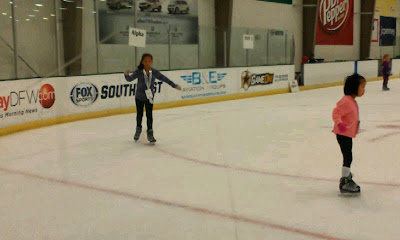 I wish I was that talented. Alas, I am not. :-( You're a beautiful lil ice princess Ella!!