We had a crazy ice storm in December that cancelled school for THREE DAYS! It basically rained and froze a thick sheet of ice all over everything that didn't melt completely for a week. It was nuts. The roads were very dangerous(cuz we are in Texas yall..we don't have the equipment to plow stuff..and most of us don't know how to drive in ice/snow) So North Texas pretty much shut down. I wish it had been snow:( Pictures make it look like snow, but it was rock solid. But we'll take the days off when we can get them. We were able to spend some quality time together during those days(Joey got a day or two off too!) and enjoyed a lot of hot cocoa. I loved it. The older two girls enjoyed going down to "the creek" which, okay, is just a sloped ditch behind some neighbors homes down the street but they had fun sledding with friends every day in temps in the teens and twenties. I stayed inside most of the time:) Too cold for me. Joey ventured out with them more. I only went out in it twice and it seriously scared me. The ground was rock solid and super slippery. I was honestly worried about someone getting hurt, but everyone was fine and had a blast sliding around and finding chunks of ice and icicles all around. And I was okay with being the hot cocoa/soup maker most of the time:) We played board games inside, watched movies, and really enjoyed the week together! Enjoy pics from the first few minutes of Icepocalypse 2013.

Excited to go out in the "snow." Haha. He was a little disappointed out there when he realized he couldn't make a snow angel or a snowman but he still had fun. 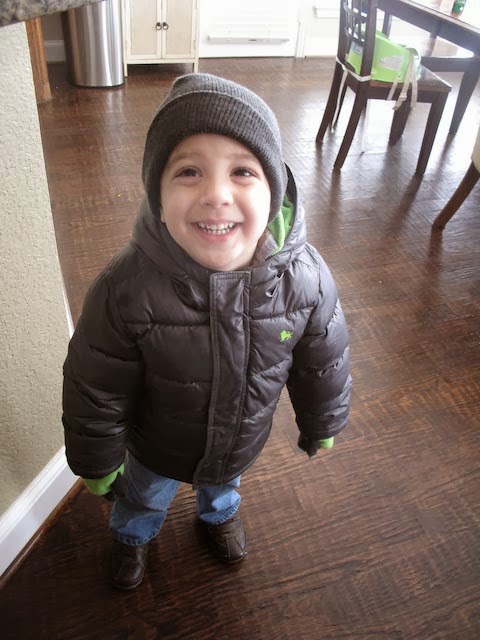 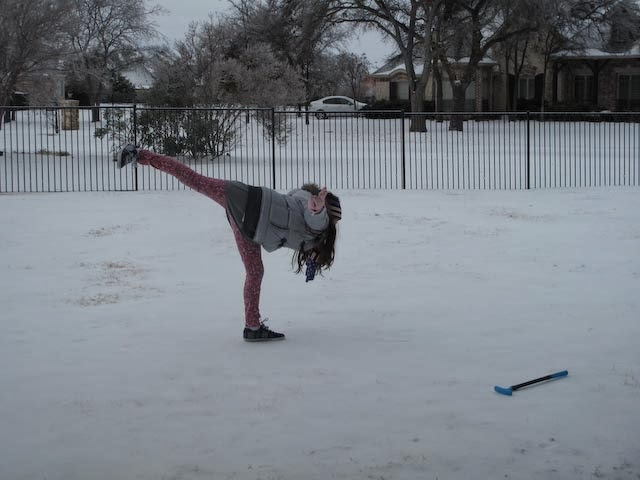 Cali with a huge chunk of ice 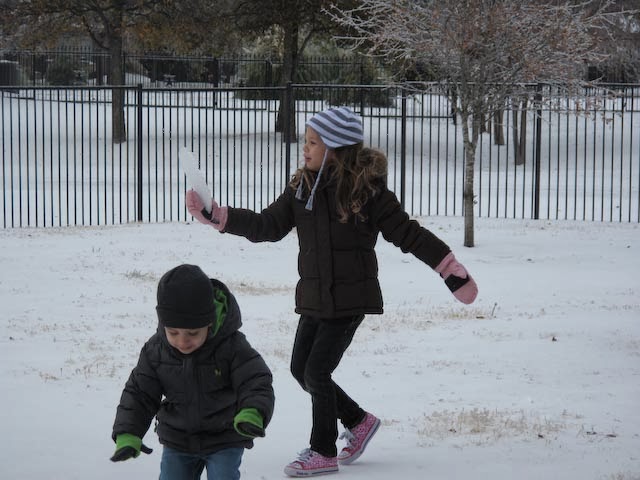 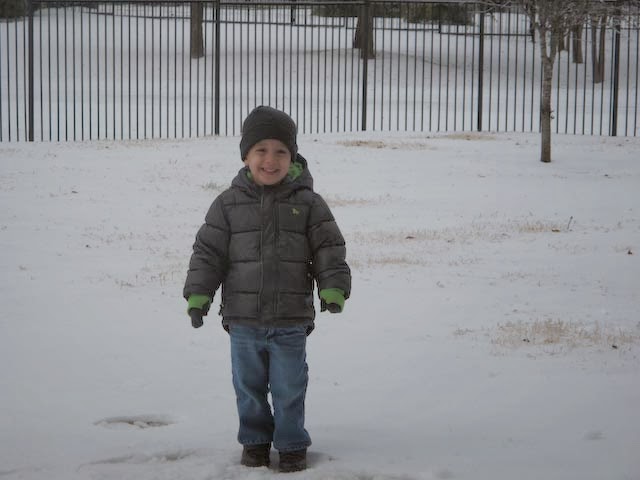 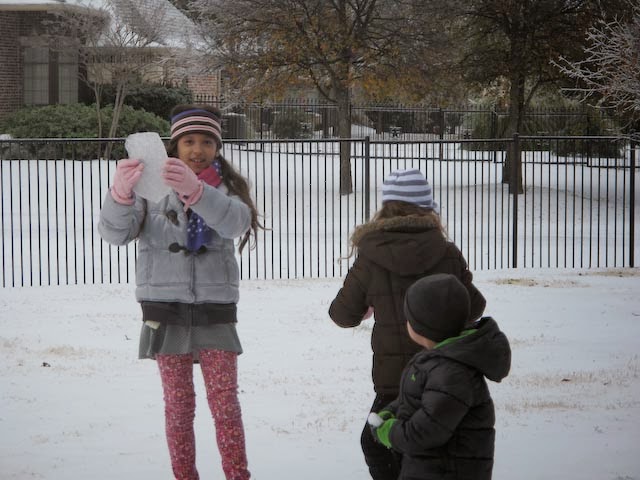 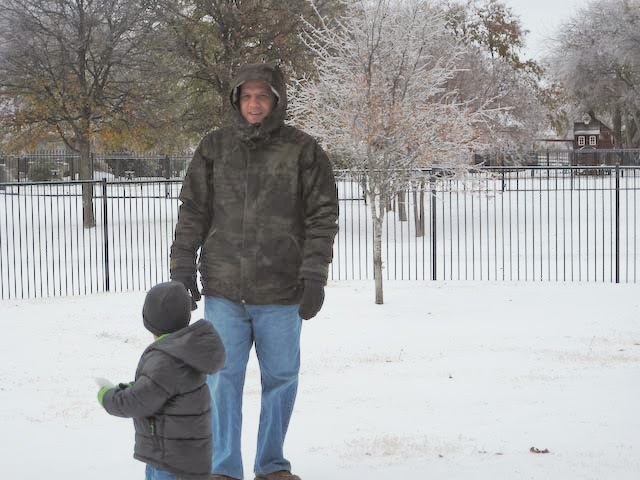 I did take Wesley out in it once..but here is a sweet picture from the first day when he watched his crazy siblings from inside:) I guess Aubrey wasn't outside yet when I snapped these pics...I ran in after about two minutes:)  I had run out without a coat or shoes on just to get a few shots. I was crazy. It was like 16 degrees.
Posted by hoLLy at 12/29/2013

That beats the icicles on the telephone wires over here. I was so hoping to see some flurries or something. Nope. Nada. Zilch. Nil. It sure does look like snow, though. I would have loved to play out there with the kiddos; looks like a lot of fun.