Christmas with the Grandparents

Just some various pictures of our spoiled rotten kids opening Christmas presents at their grandparents :) Isn't that what grandparents are for though? Yep, they are. Our kids are lucky and blessed to have amazing grandparents that love them so so much. We had a wonderful time visiting with each side of the family! The kids were lucky to be able to have 3 Christmas' this year.The first set of pics below are from Joey's parents house.. 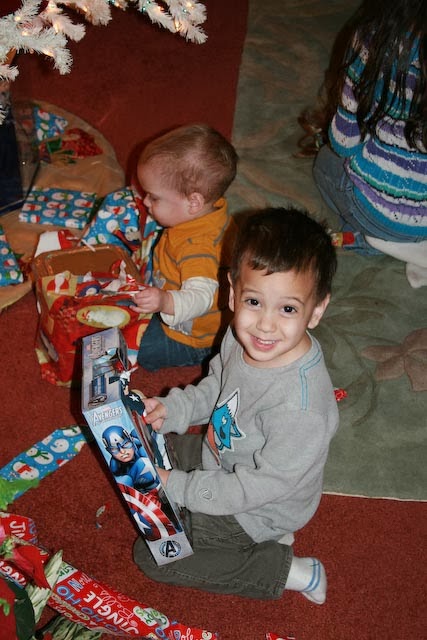 I have to caption this. So we have a "Buddy the Elf"(Elf on the Shelf) at our house and the kids know they aren't allowed to touch him or the "magic" will go away. So when we go to Nana & Tata's house, there is an old "retired" elf that Cali just thinks is so magical. And she gets super excited to see him because Nana says she is allowed to hold him since he is an old elf and no longer works. She holds him and treats him like he is a treasure. I know this little guy, Tinsel, will be something she will remember forever. 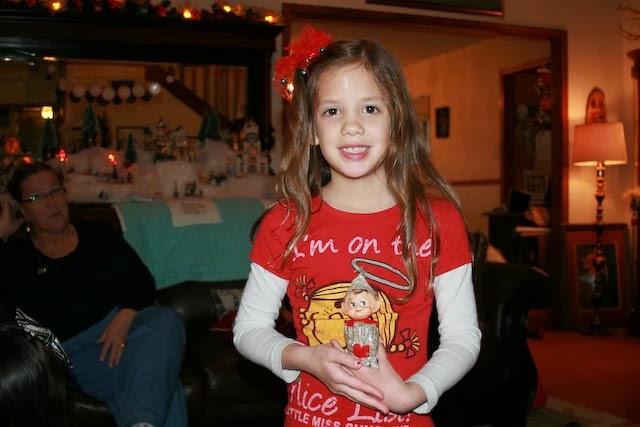 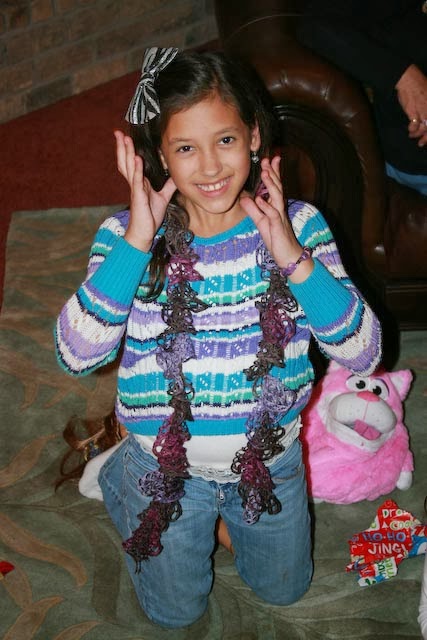 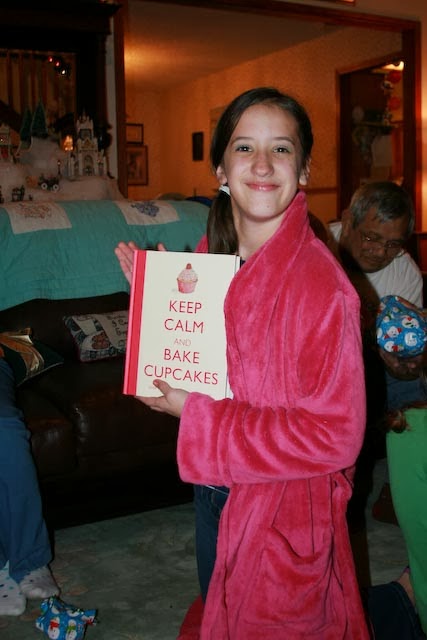 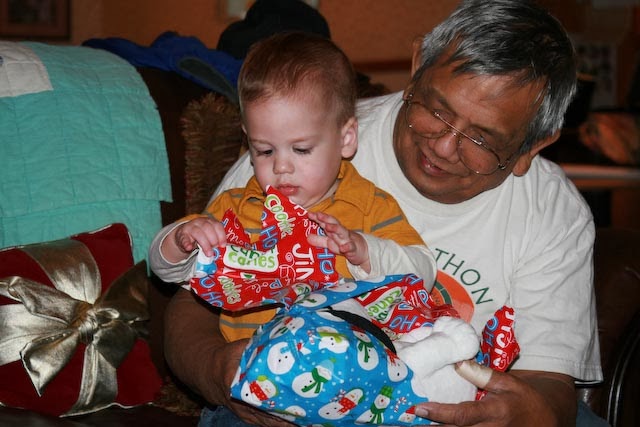 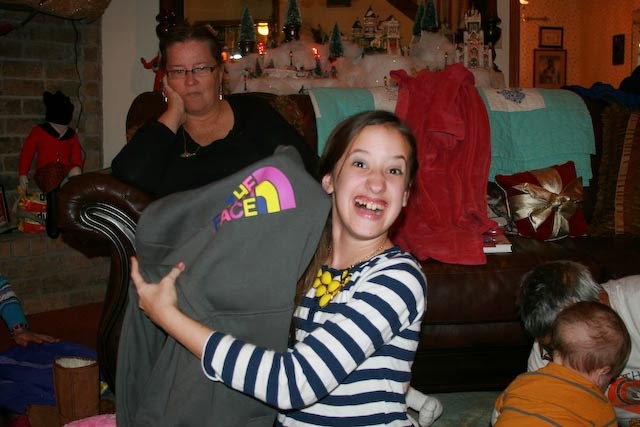 Aubrey's faces never cease to amaze me. I am proud. 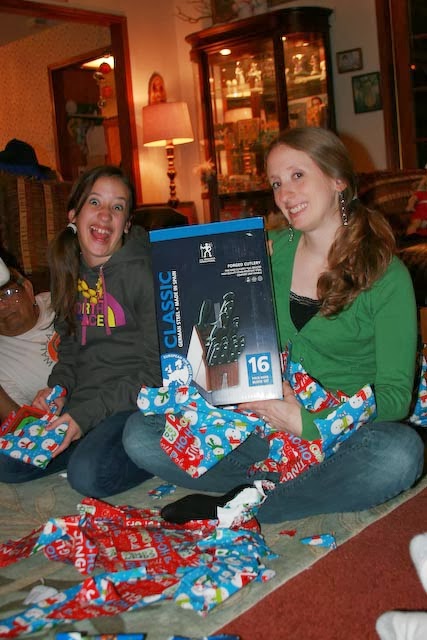 We bought each set of grandparents a special recordable storybook. We had the kids record their sweet little voices on each page reading. Its "The First Christmas" and it is so precious. Turned out so nice. I saw a few teary eyes :) 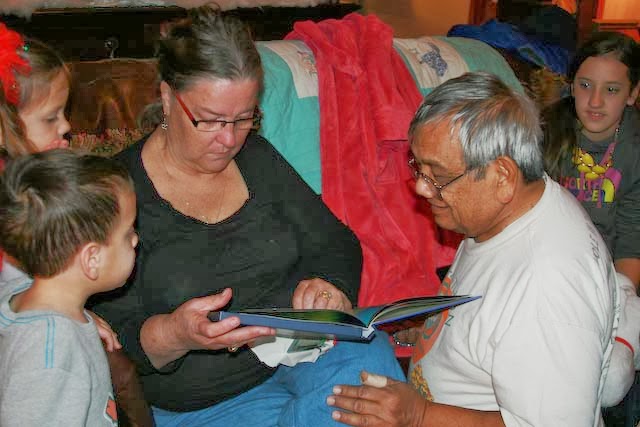 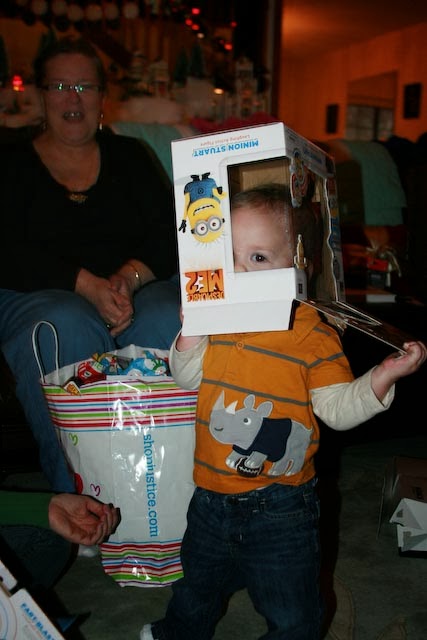 I LOVE Joe's face here. He loves his grandsons dearly. 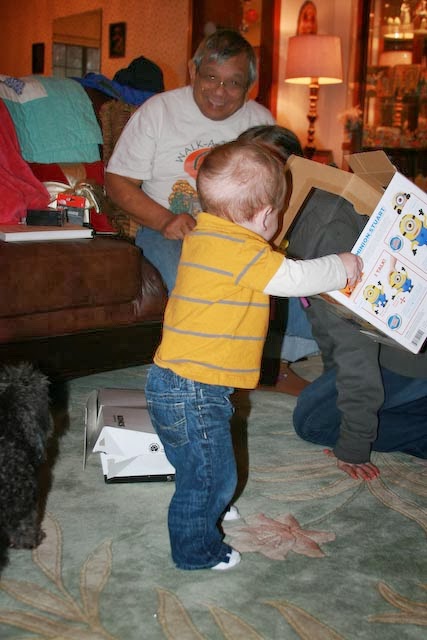 These pics are from my parents...Aubrey rockin a new chevron scarf. 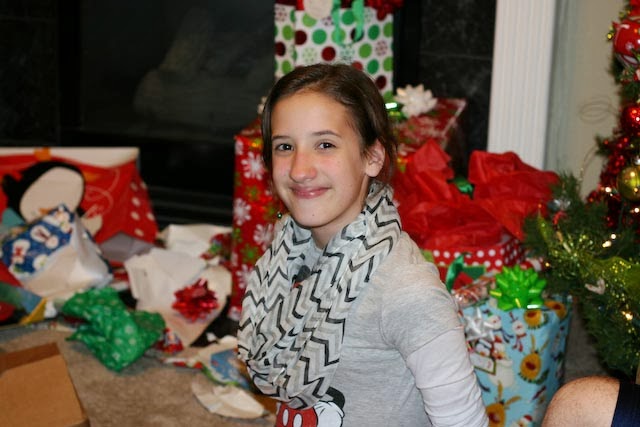 This flutterbye provided lots of entertainment. She is a pretty cool toy! And scares me a little...if you haven't seen them in action, they fly and when you put your hand out and they are about to land, they trick ya and attack you. Okay, they actually fly back up. I keep thinking one is going to fly into my hair and get stuck though(ie attack) 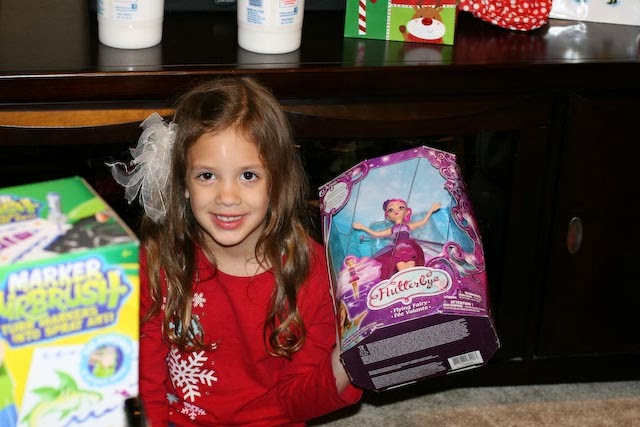 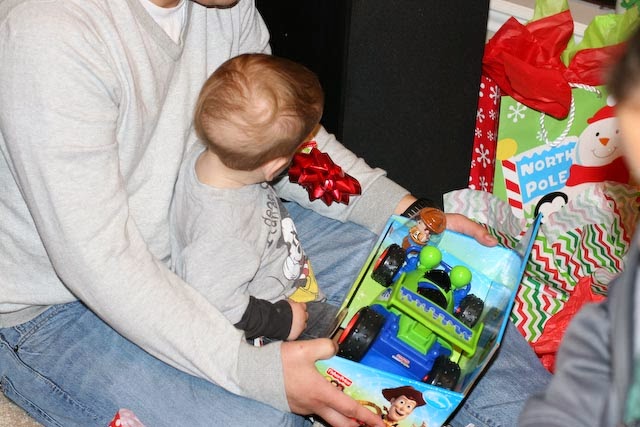 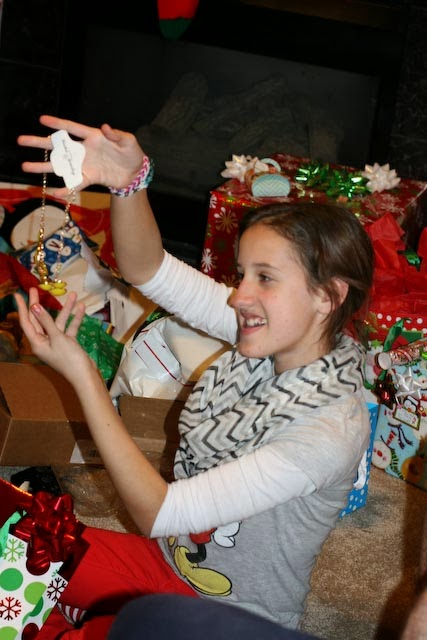 Ella finally owns a VB purse! She has just about every other VB accessory and was excited to have her own bag:) 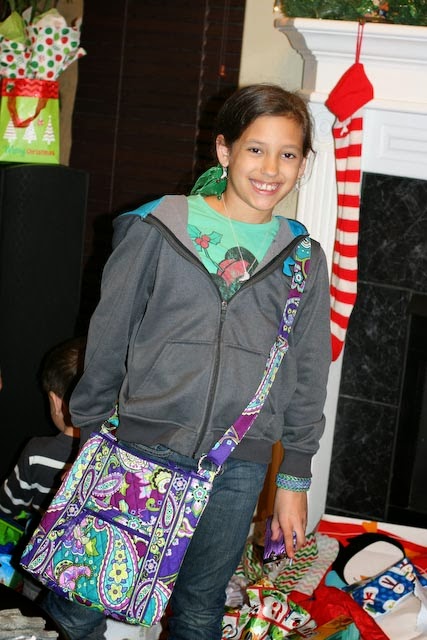 Ammon got a Jake spyglass and has been spying on me ever since. 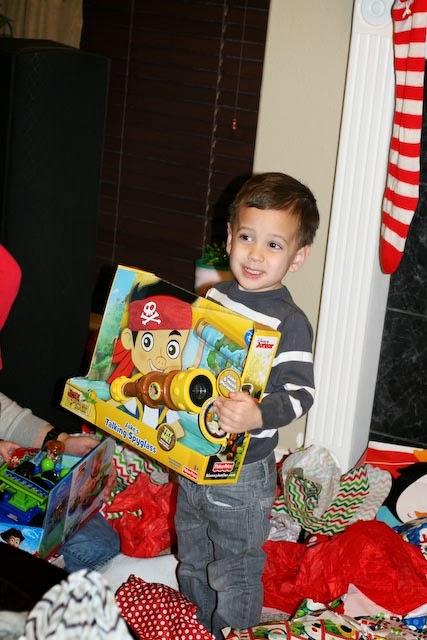 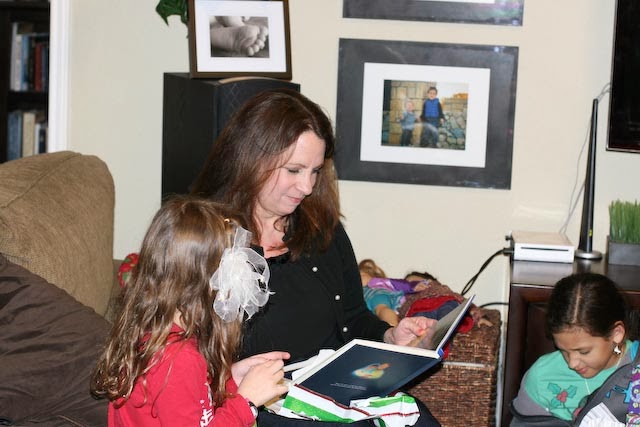 Good times! I love that we are able to spend most holidays with our family. We are further than I'd like to be but at least we are within driving distance which is a blessing! I love that my kids will grow up still having plenty of memories with them. But they'd have more if they would all just move up here :) So cmon people! ;)
Posted by hoLLy at 1/21/2014

Your commentary always makes me giggle. :) And you have some really adorable and sweet pictures in there. I'm determined to one day move back. I miss it. Corpus is ugly, and smells funny