Aubrey is enjoying another season of volleyball! This season she is a Panther and is having a lot of fun on this new team. She has a good friend from church on her team, Alivia, and that makes it even better(and better for me since we can carpool! :) Aubrey is becoming a great little player. She is very consistently serving overhands now. I think she is one of the most dependable members of the team and is good at keeping her spirits up too. Some girls can have some bad tudes, but not Aub :) She is a great example and leader everywhere she goes. I was worried that one season of cheer(instead of continuing vball) would set her back but shes picked right up and has improved even more this season. We'll have her do a couple of skills clinics over the summer, maybe a camp, so she can do well at middle school team tryouts in the Fall. I'm sure she will make a team, just not sure which one yet. There is A, B, and C. Definitely B, maybe A...we'll see! I never put her in select or club play because well, I like to have dinner as a family...and I don't want to live at the gym...and we want to have a life...and we have a million kids :) That kind of serious sport stuff just isn't our thang. But she is definitely skilled and has improved with the competitive teams she has been a part of. I couldn't be more proud of her! I can't believe Aubrey will be officially in real middle school next year! Eek. Actually all three girls will be in different schools. Should make for an interesting/difficult year ;) Especially since none of them are anywhere near each other. Wish me luck :) 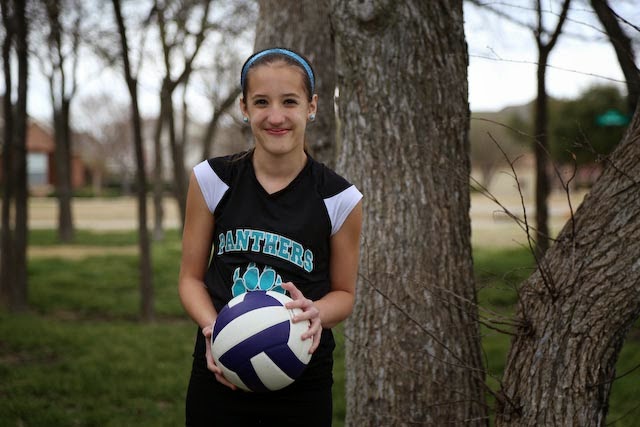 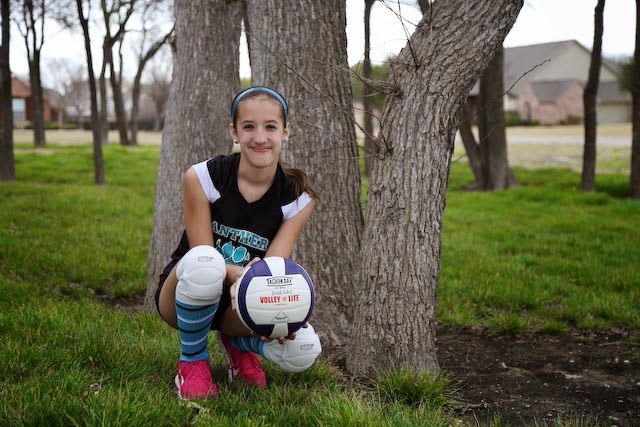 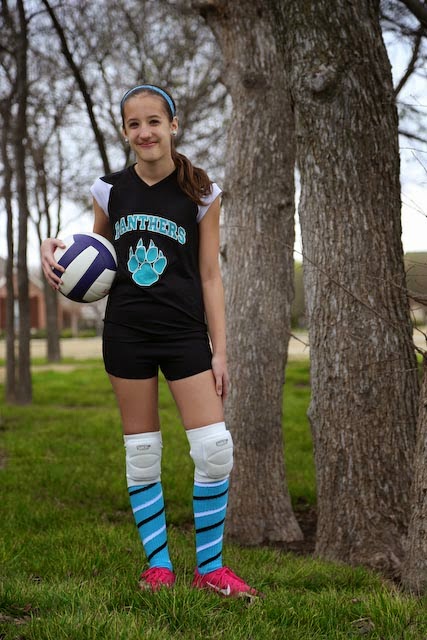 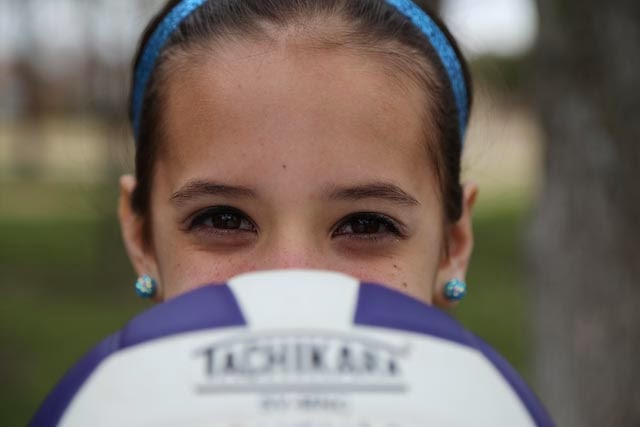 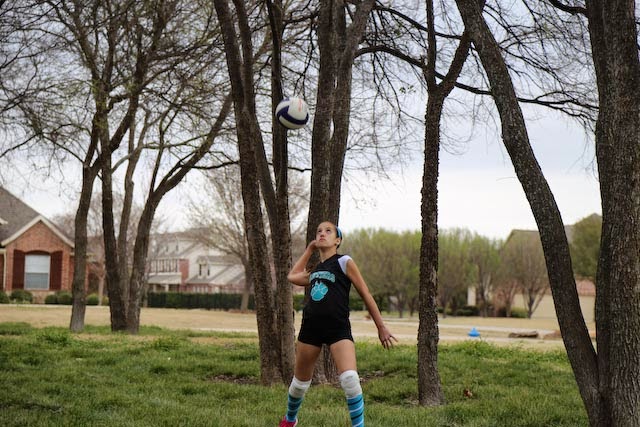 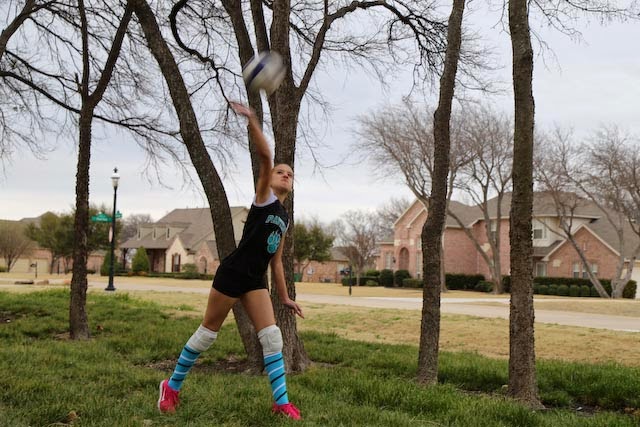 Look at that POWA! I'm so proud of my little Panther. she is very dependable on the court. i love watching her play.

I'm so jealous that she can serve overhanded. :( I'd practice for hours at a time, with no results. LOL I stunk! :) Aubrey, I'm so glad to see you're excelling in volleyball and having so much fun. Love those socks too. Go Panthers!