Because our little town is growing like cuh-razay, our stake just split. And our ward split. In the process, I was released from my church calling as a Sunday School teacher and called into the Young Womens as the Miamaid Advisor(teacher of the 14-15 yr olds). Let me just say 1) I was SO sad to not teach my Sunday School kids. They were the best and I will miss this them! BUT 2) I have always wanted to work with the  YW so I was ecstatic!! I seriously had prayed about a month before this calling was extended that somehow I could be called into this program. Aubrey is now 12 and I thought it would be really fun to be part of it. Joey is finally not in young mens for once so I finally had a chance. And yea, my friend Alison thought of me and called me!(She is now the prez) Its a great group of women and young women and I feel really blessed to be part of it now. YEA! :) I told the counselor in the bishopric when he came over and asked me if I would accept that if there were any openings for leaders for camp coming up in June, I would LOVE to go. I knew it was full but thought I'd try :) He said that was great to know and that if something came up, they'd let me know. The VERY next day I got a text from Alison asking if I could come. HECK YES! Not pregnant. Not nursing. I was free as a bird! Joey was happy to take off work so I could have this opportunity(he is da bomb!) I was just so happy. I have missed a lot of things that Aubrey has been a part of because I've always had a little one in tow or I've been expecting. Its been hard to volunteer at school like a lot of moms do. I couldn't go to Sky Ranch because I was nursing a baby. I missed every field trip:( I was feeling guilty this year(though none of it was my fault I know...I still felt sad that I wasn't there for a lot of things) SO this was my opportunity to make some memories with her. And thankfully, she loves me and still thinks I'm cool and wanted me there :) I hope she always feels that way. I know I did about my own Mom. She is still cool to me :) Anyways, we had a great time! She got to horse back ride for the first time..went on a hike...foil dinners...smores...canoeing...skits(I even got to be Justin Timberlake in a pretty awesome musical number;)...devotionals..yummy food(We had amazing cooks! Best camp food ever!)...a funny train ride...team building...and the last day was a day on the lake tubing. Three families from the ward brought their boats up and even I got in on the tubing action(Unfortunately I have no pics of that, but another leader does. I'll have to steal her pics soon.) I was scared. Real scared. But all the girls talked me into it. I had to:) It was the thrill of my year yall.  It was really fun. My arms were sore the day we got home between canoeing and tubing! Aubrey was really brave too! She had never done it before and she rode some pretty crazy swells! And she LOVED horseback riding. Just loved it. It was fun watching her experience these things for the first time ever. I also loved watching her interact with the other kids. She is such a good girl. She hung out with a variety of girls. She isn't clicky, just sweet to everyone. She is so righteous and so kind. I was really proud to watch her and I am always proud to call her my daughter. Thanks for the memories and for letting your mom tag along Aub! XOXO 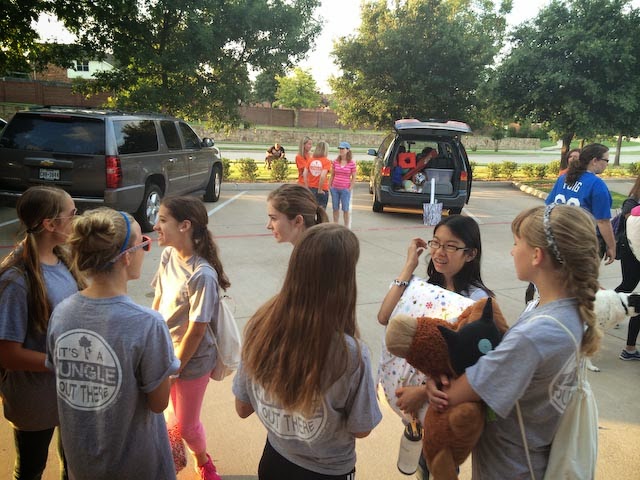 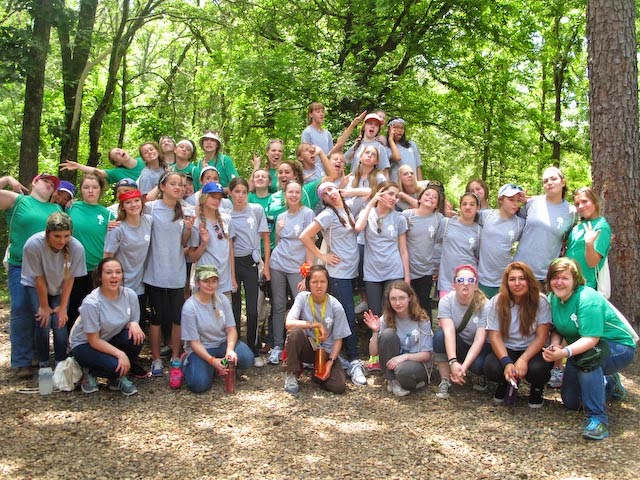 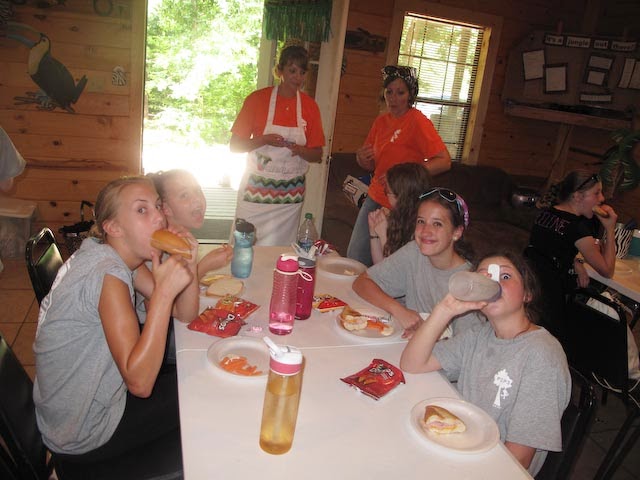 The silly train ride...just something to pass some time while waiting for the horseback riding. It was hilarious. The guy talking into the mic at the front really took his job seriously...his commentary of trees and dirt was awesome. 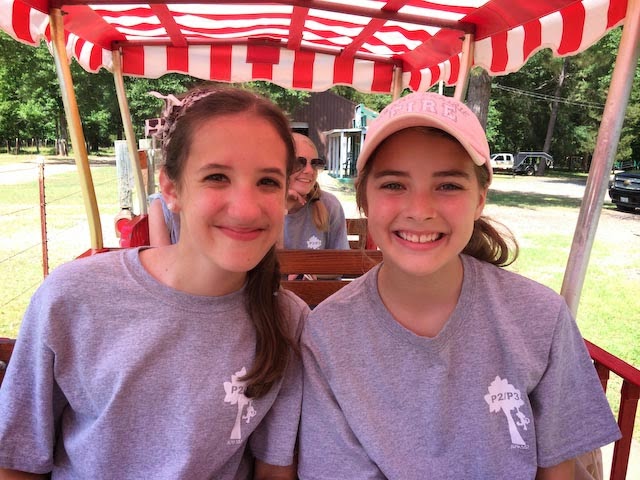 My shoes and socks were wet. I know this is sick. But it worked! 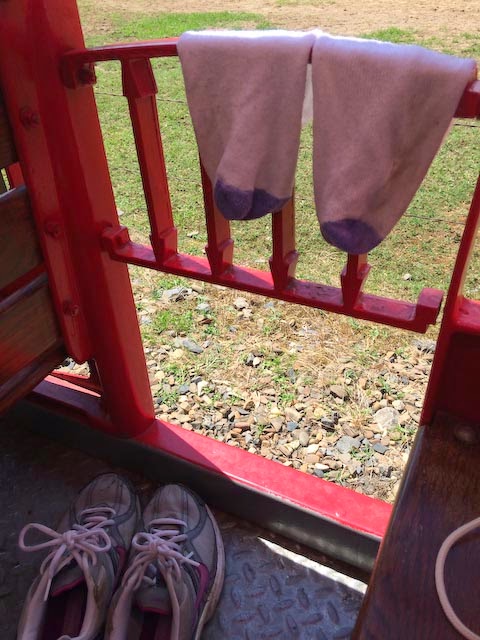 Snipe Hunting with Kaiti :) They all knew it was a joke but played along anyways... 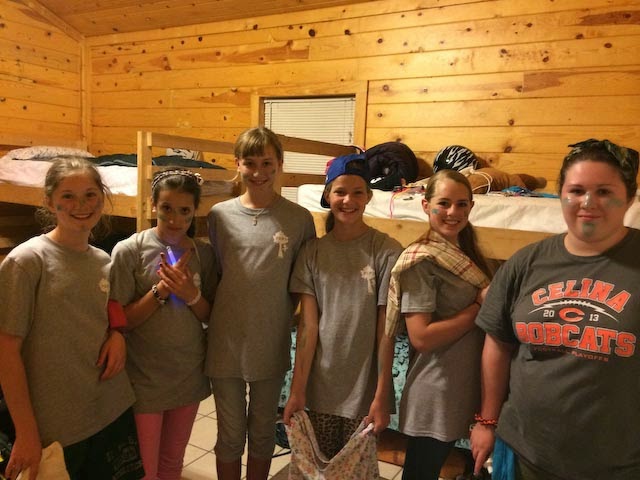 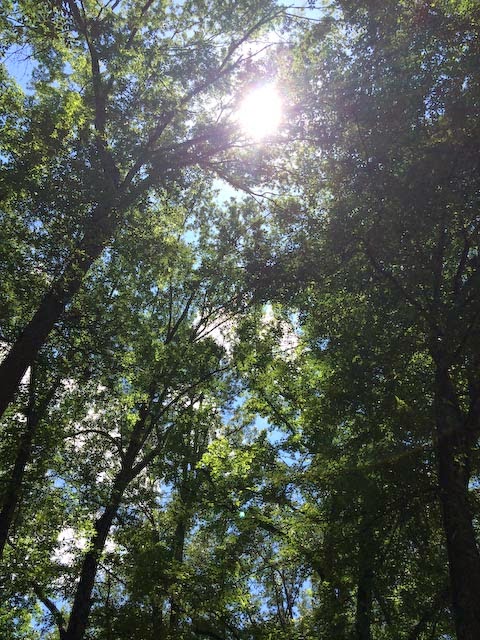 I just had to take this picture inside of a store outside the bathroom. It was weird. And funny. 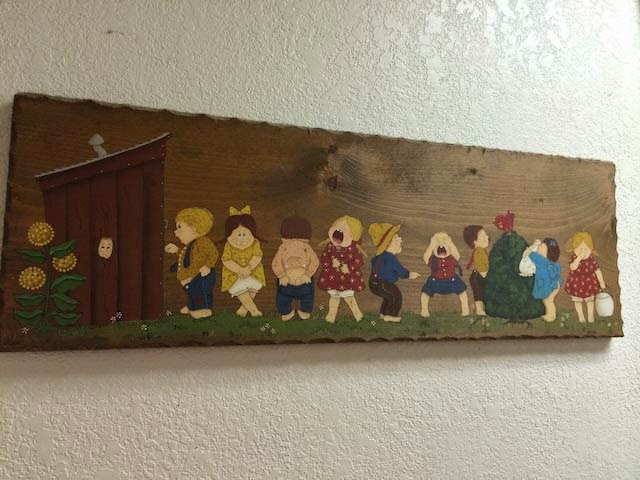 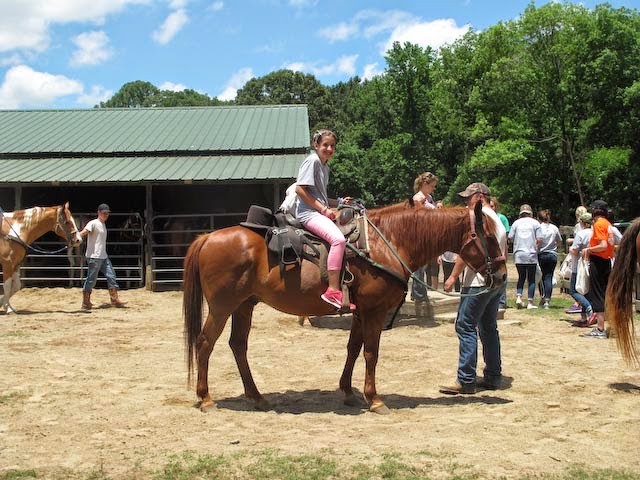 We were in Broken Bow, OK. It was beautiful to hike through. 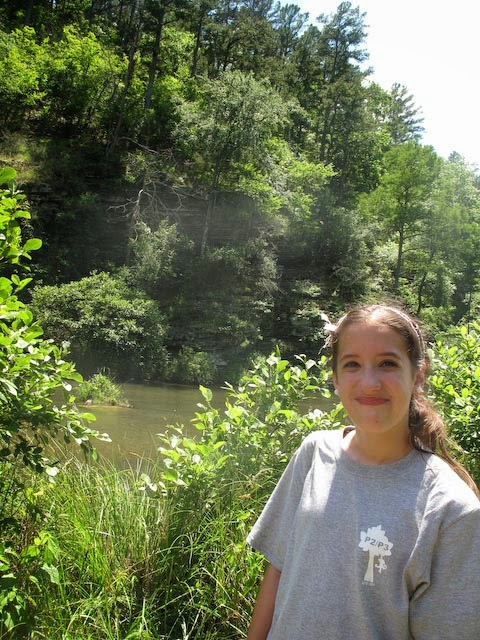 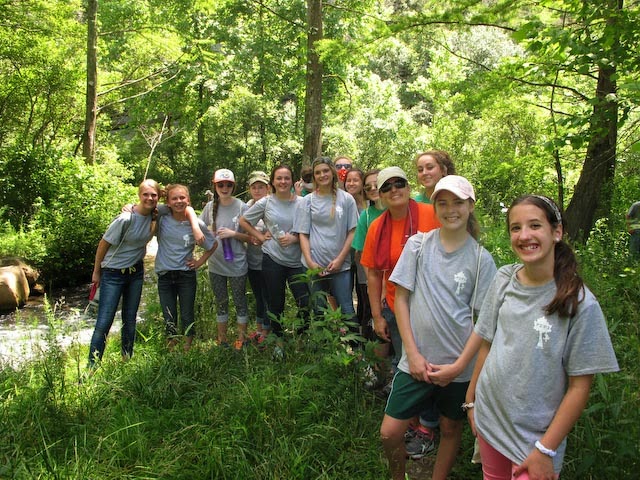 Our bishop was so awesome with the girls. He spent time away from work and family along with a couple of other priesthood leaders to help. He was the man in charge of foil dinners and dessert. It was yummy. 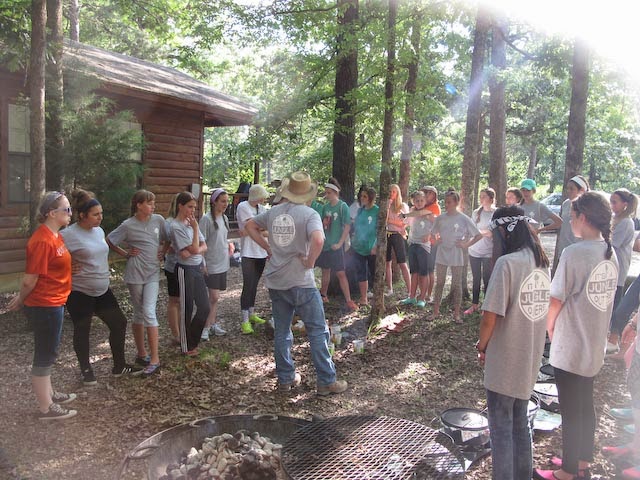 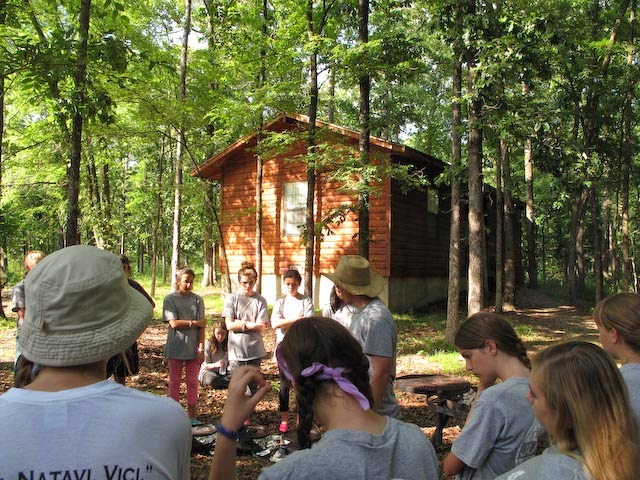 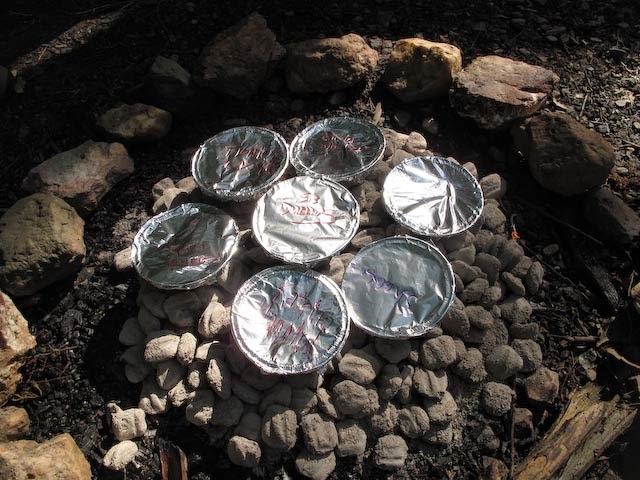 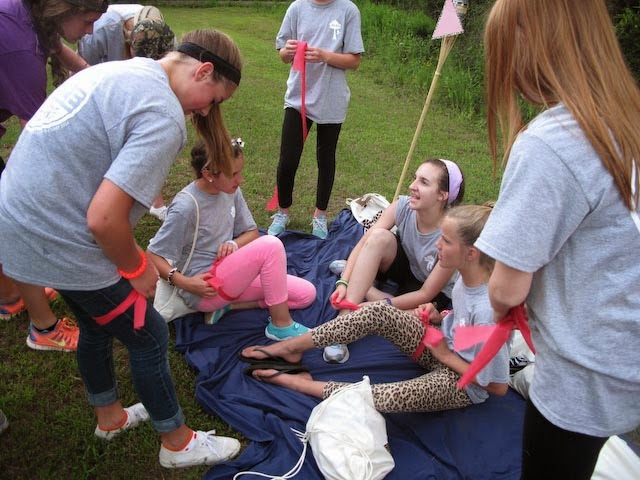 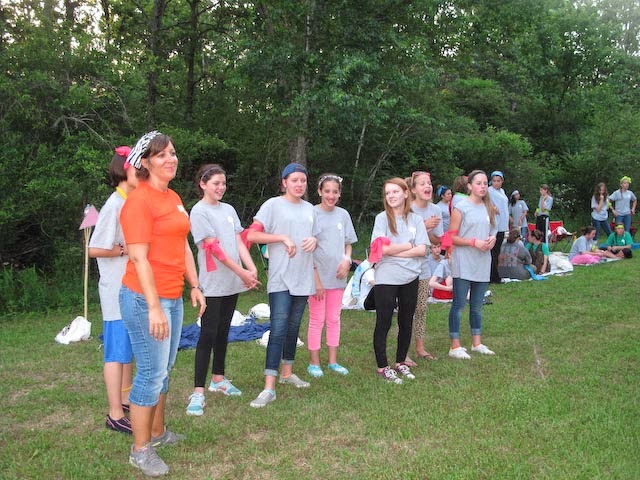 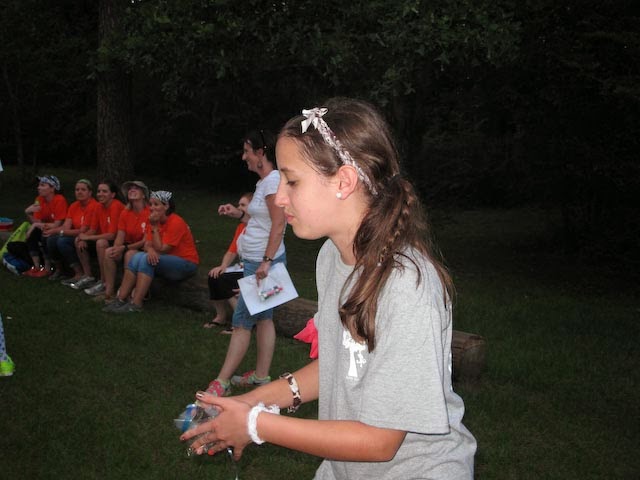 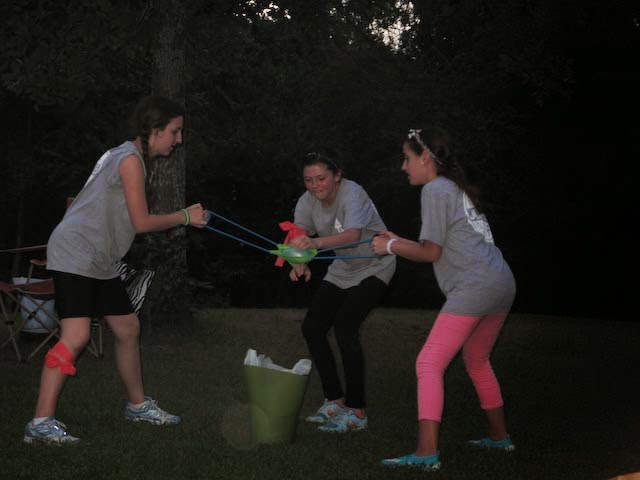 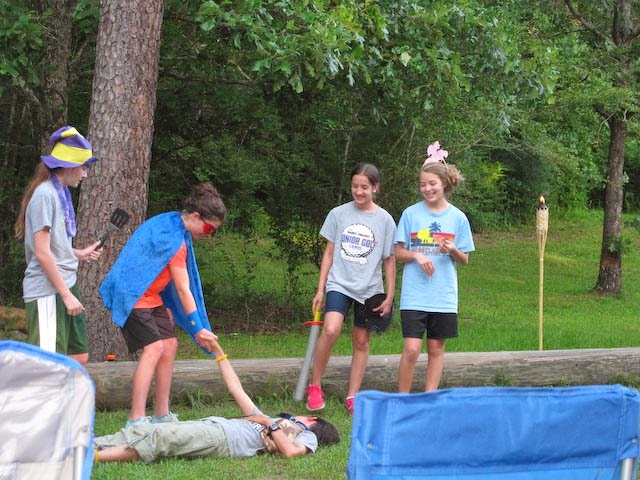 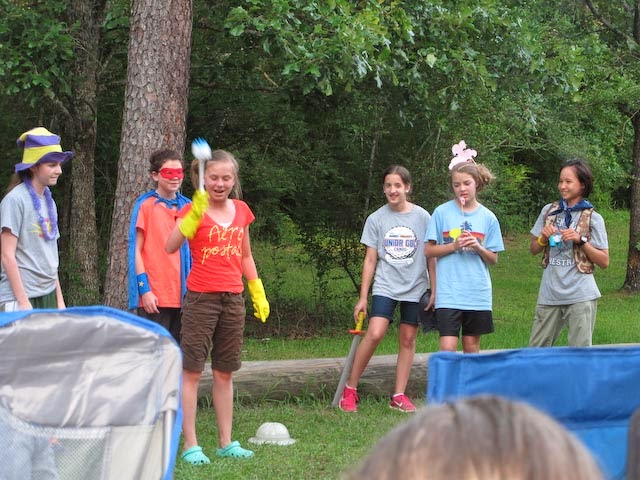 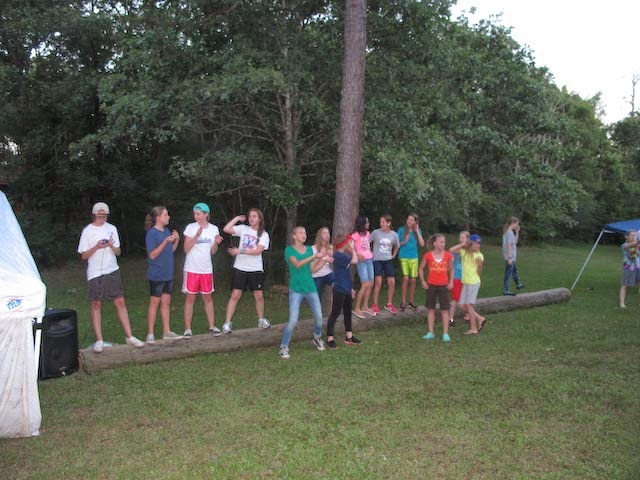 And if I ever find the tubing lake pics, I'll post them :)

I'm SOOO glad you finally got to do something like this with Aub. I'm really happy you are in YW now. The girls are so lucky to have such a fun leader and good example. :)

This looks like so much fun. I'm happy for you that you were able to attend with Aubrey. Glad you all had a blast. Aubrey really is such a lovely lady, love her!!