Aubrey made the volleyball team!!!!

Aubrey has had the goal to make the middle school volleyball team for quite awhile. And despite the fact that we have too many kids for her to be able to play club, she has progressed and improved lots each year with just some local competitive team play. Over the last few weeks of summer her and Ella ran almost every weekday morning to prepare her for the endurance part of the tryouts. I also put her in a few skills clinics and Joey set the vball net back up in our backyard. She practiced lots! Then the week of tryouts came and the day of the you made it/you didn't make it "letters" was here. I was so nervous!! Probably more nervous than she was :) I didn't care what team she made(there are 3: A, B and C) I just hoped she would have the opportunity to play for any team since she loves it so much and worked really hard. She got in the car and opened the letter and hallelujah, she made the team! And the B team even! I was just hoping for C! :)  It was an exciting moment for her(for all of us really!). I was so proud of her for always trying and not giving up. She doesn't have the advantage of height or the advantage of playing daily through club play like a lot of girls did(club is so expensive and so time consuming so not an option!) but she still she has got some super sweet skillz ;) Congrats Aub! We love you!!!

A quick pic I took of her in the car after she opened her letter...thumbs up :) 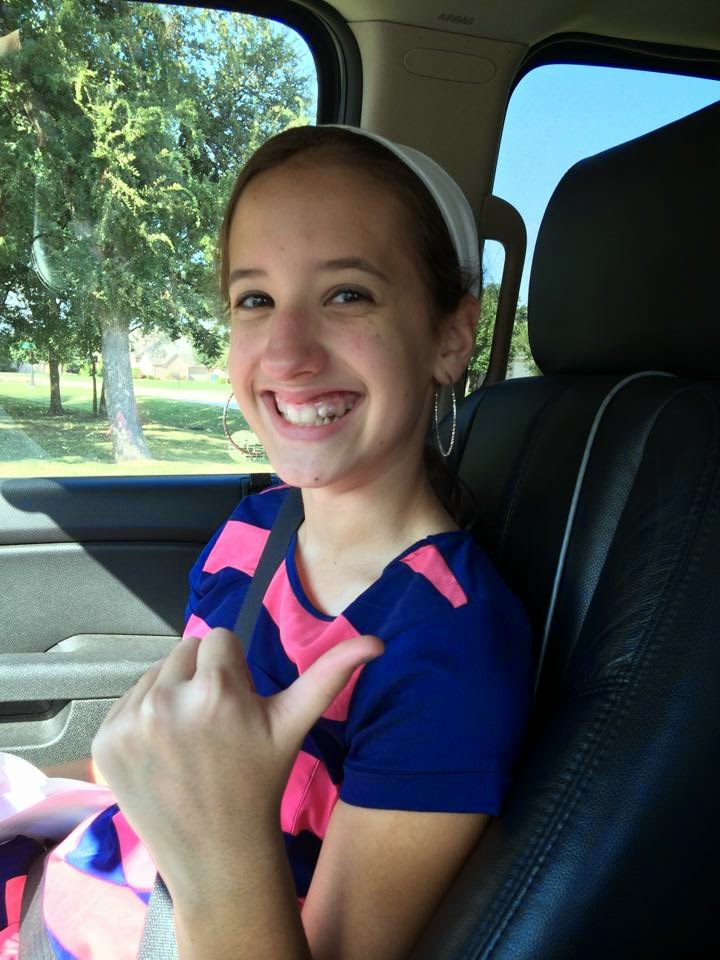 Aubrey after her first game. She is doing great! 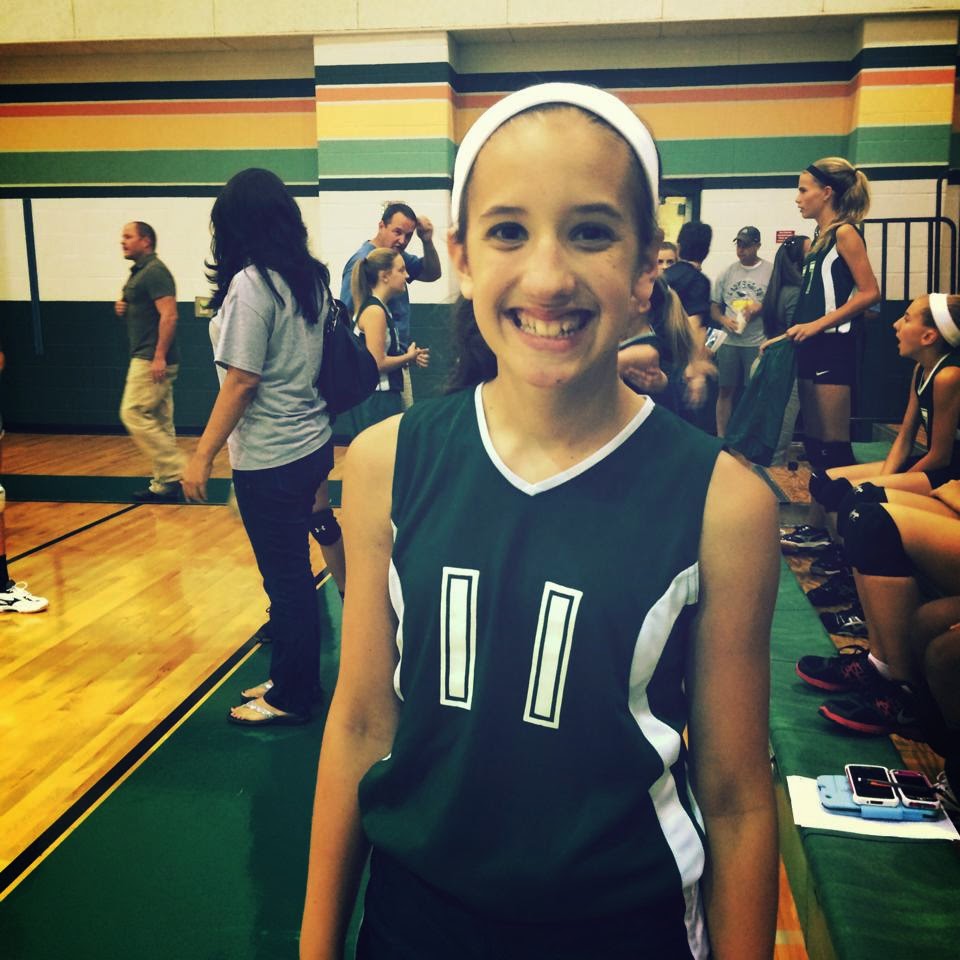 Some of her vball buds after a game...so far they are undefeated in district! Woot woot. 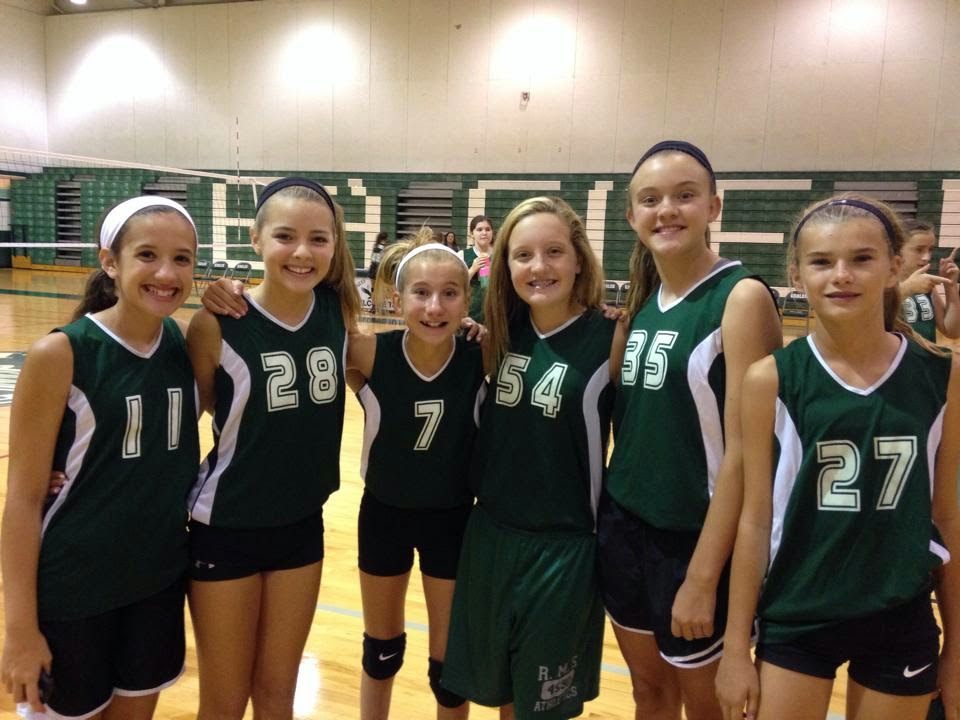 She is having so much fun and making so many great memories! I played middle school vball and had lots of fun with it too. So glad she can have this experience and make new friends this way too!
Posted by hoLLy at 9/30/2014

I remember that nervous feeling after tryouts, too. Sooooo happy she made the team!! Go Aubrey! And undefeated?!?....say wha?!?