When I found out about tee ball signups in August, I immediately signed up Ammon boy! Its his year to do something sporty/extra curricular since hes not in preschool yet(next year though!). I did dance class for the girls at this age but now we get to do a boyish sport! :)  Out of all the sports, this seemed like the best fit for him. Hes not aggressive so I know that soccer and football aren't gonna be his thang. He was so excited for his first practice. He and Joey picked out his gear-new bat, helmet, glove and stuff for his uniform. It was so fun for them!  At his first practice, he was a little reserved and unsure but had a great time with "his friends." He is I believe the youngest on his team so he is the little guy :) Which makes him the absolute cutest out there I say(his baseball pants swallow him...seriously adorable). He has the smallest stride too..so when he runs its double cute. Teeny little footsteps with his hands working so hard up top(but hes not picking up much speed yet-haha, But he sure is trying!!) His coach is great. So patient and so awesome with kids. And Ammon even happens to be on a team with a friend from church which is fun for him(and me too since I get to hang out with his mom:)  Hes already nearing the end of the season so we've been able to watch him improve in both confidence and skill. The first game was hilarious. The parents couldn't stop cracking up. Kids running the wrong direction. Going to the wrong dugout. Kids just standing on a base when they were supposed to be running. Drawing in the sand. Throwing the ball wherever. Hilarious. But now they are totally getting it! There is no score, no pressure. They are just learning basics and enjoying it. Its great. I love how Ammon follows directions and is finally understanding to throw the ball to first base. And his hitting is getting great too!  Hes never had an issue with hitting the ball and putting his bat down before running. I'm proud that hes gotten that part down! :) Now to get him to field... ;) We are proud of you Ammon and how hard you've worked to learn tee ball. You are doing so great!!!

Pics from his first practice... 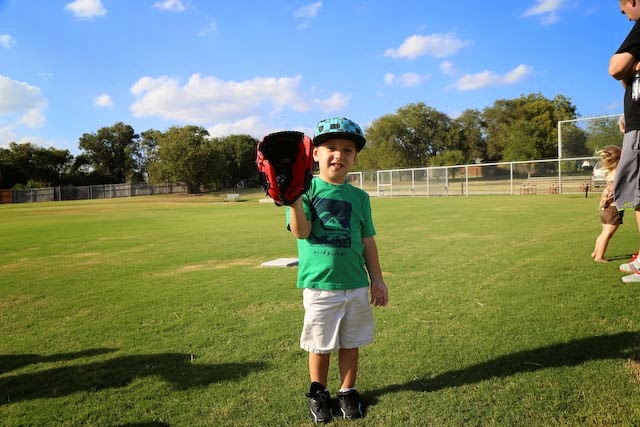 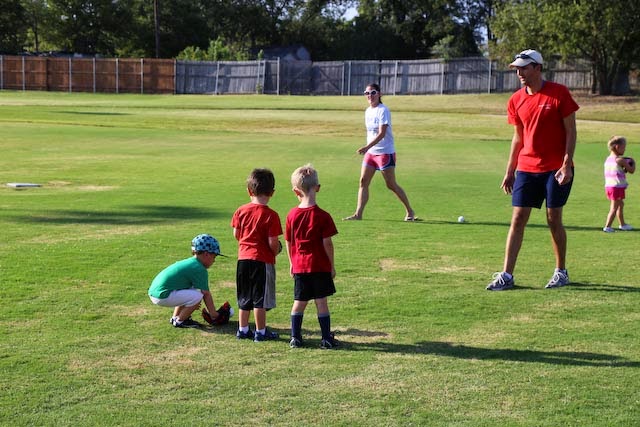 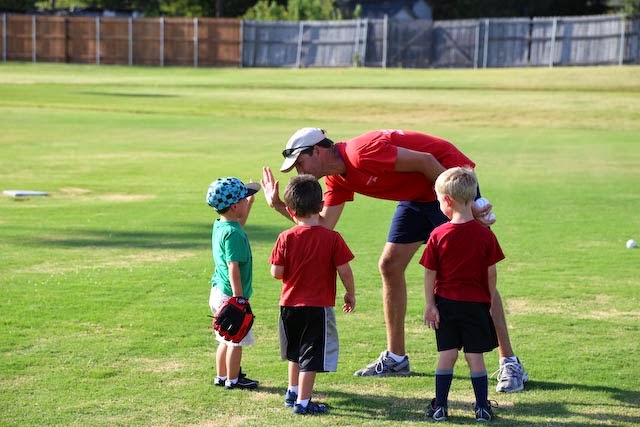 His face just beams happiness in these next two pics :) 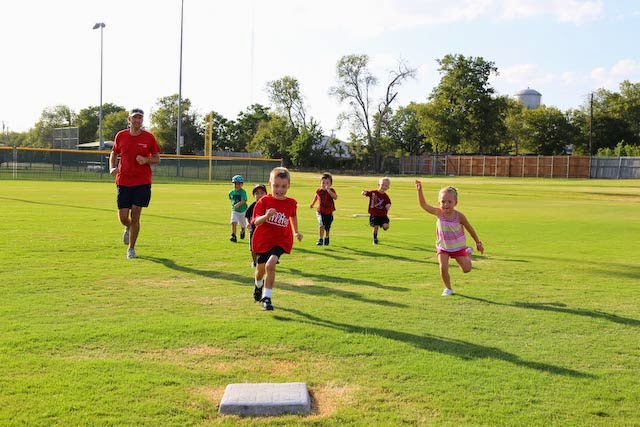 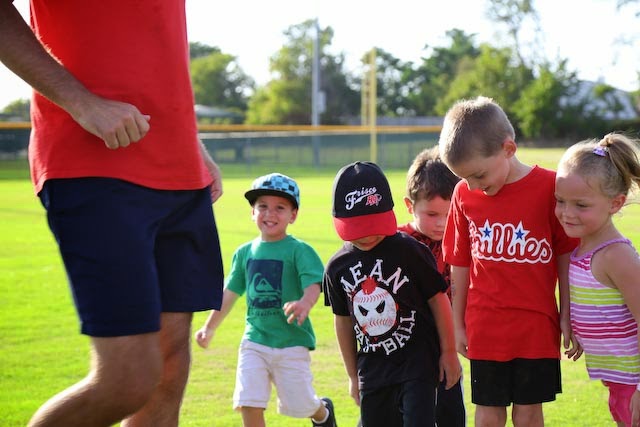 First game: if you look really close(or click pic if it lets you) you can see he is waving to us! So sweet. 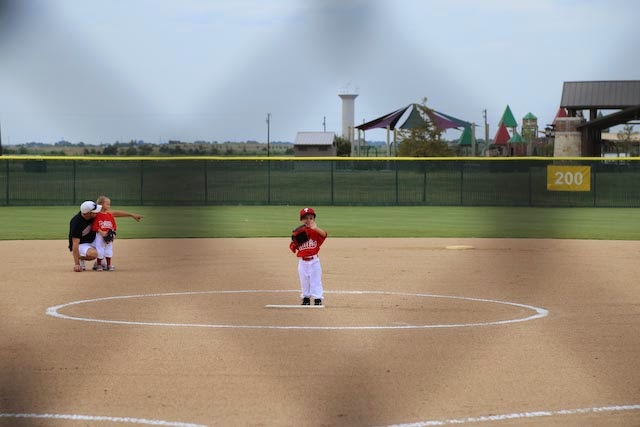 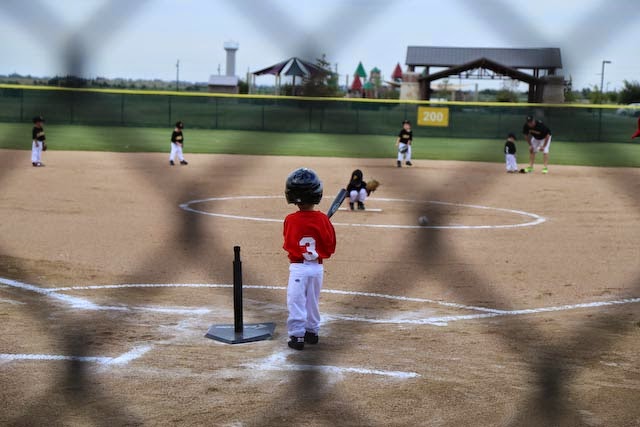 Running to first(while holding onto his helmet:) I think he wanted to make sure it didn't fall off. 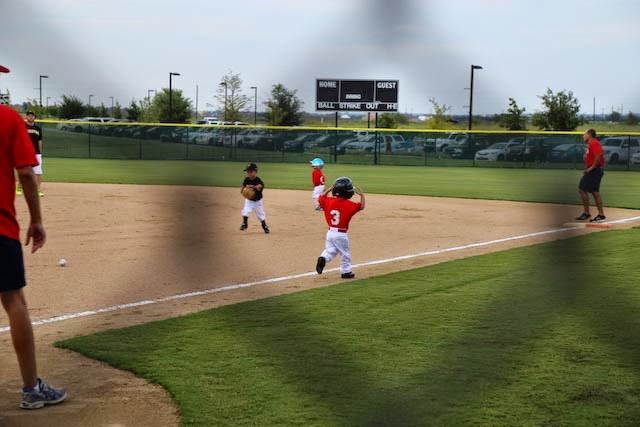 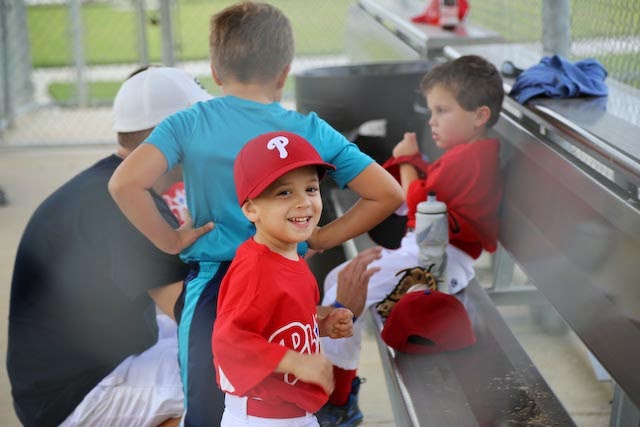 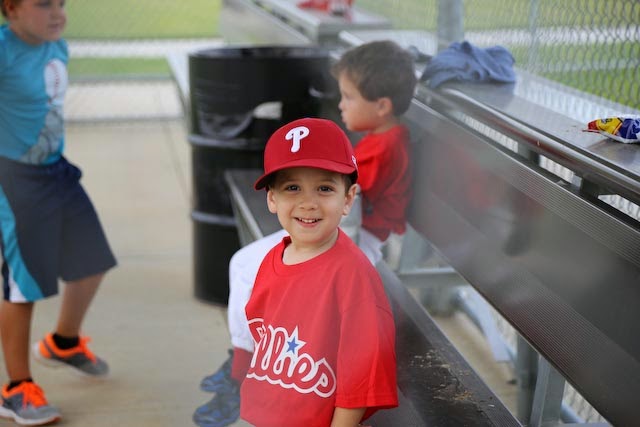 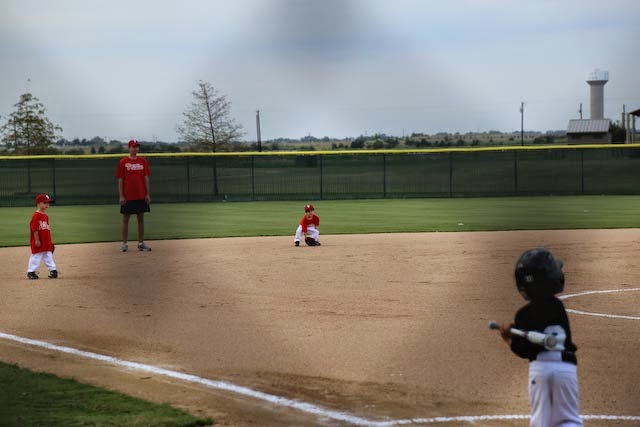 I think his most exciting game so far was when he was in charge of bringing the snack. :) He helped me at the store: Pirate's Booty and Juicy Juice. 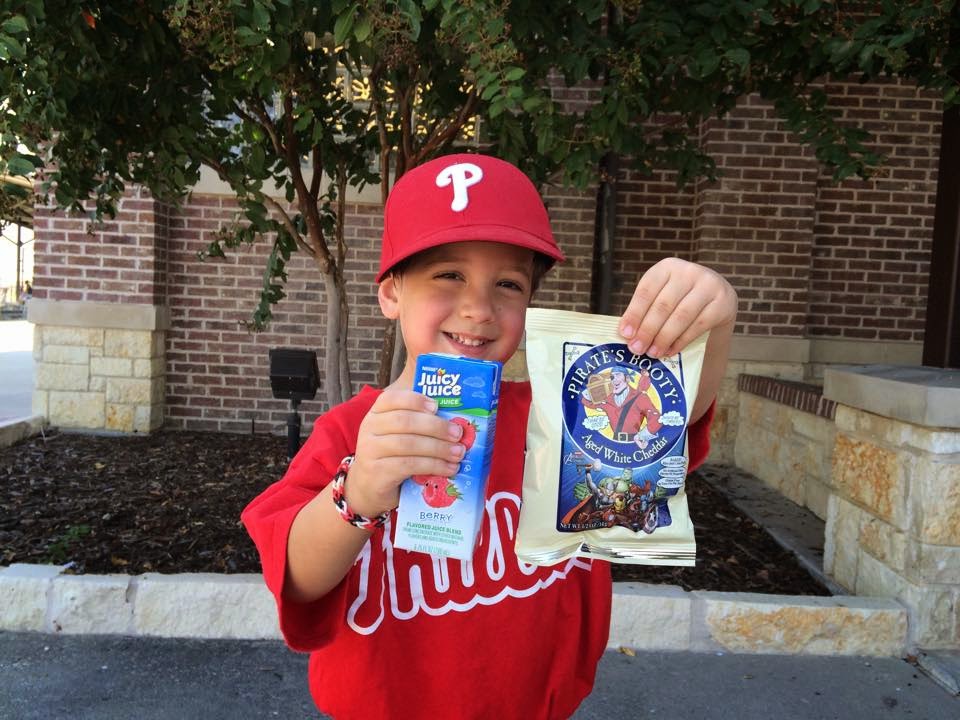 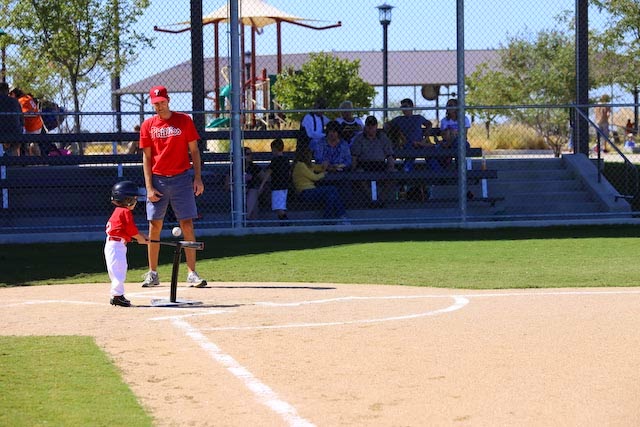 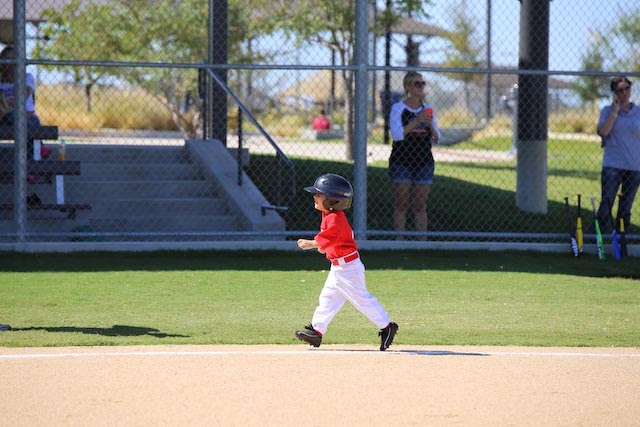 Something about this picture I love. 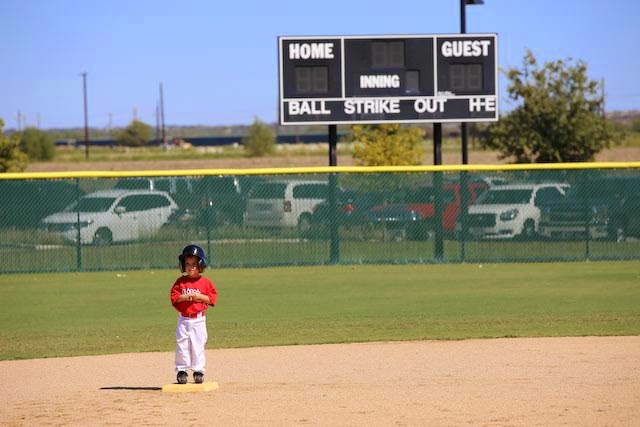 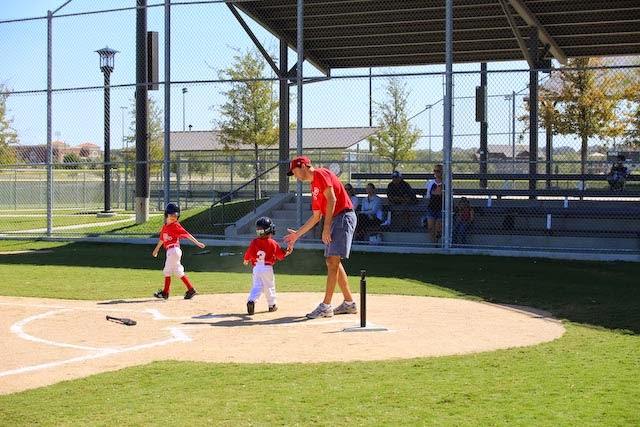 And just some cute pics Joey took after one of his games.. 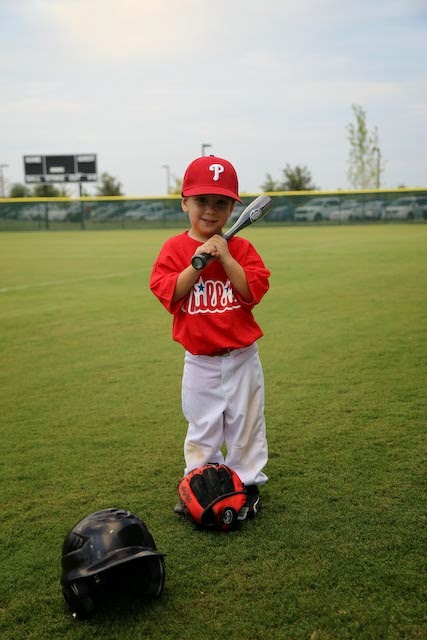 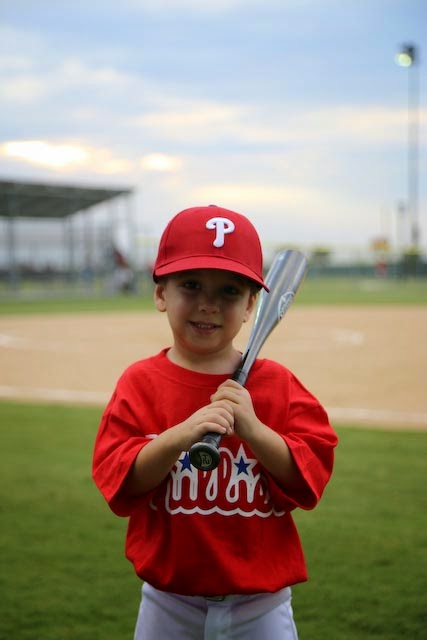 This is one of the most adorable things I've seen in a long while. I couldn't stop smiling and giggling while reading the post and looking at these pictures of him. And just imagining the lil guy running...awwwwwww. So glad he's enjoying (or enjoyed) tee ball. :)