To my surprise, we just found out this little baby is a boy! We are very excited to have 3 and 3! :) Couldn't have planned it more perfectly. I love my little boys and how much they love me so I can't wait to have another. I am so curious what he'll look like and what personality he'll have(though the sonogram..and the fact that I feel lots & lots of kicks...lets us know he is quite active. Oh my..:) So I posted before that I felt like we had a daughter coming to our family in the future. Well, you can guess I am confused! Now I honestly don't know where we stand as far as how many kids we will have...we will revisit that topic next year ;) I thought six was it. Maybe it still is. It will be between Joey, I and the Lord...maybe we have another still up there. Maybe we don't. Maybe it was just feelings I had to let us know five wasn't the end. Or maybe we are having a boy so that we do have 7 because there is a girl still waiting. Who knows. Maybe I'm just crazy and don't know what in the world we are supposed to do! All I know is that is my desire-to do what I'm supposed to do. And even though five seems crazy sometimes, I know the Lord will help us and provide sanity and means to do what it is that He has planned for us. Whether its 6 or 7. And can you believe Joey agrees? :) We read this talk by Elder Neil L. Anderson the other day about children that really helped me sort through my feelings and anxieties over it all. I am such a planner that its hard for me when I don't know what I'm supposed to do. Or what our future holds. Maybe I'm a control freak? Hahaha. But that article gave me peace and after Joey and I talked, I felt better. He is open to more if we feel its right in the future. We don't have to know now. We will figure it out eventually. So if you ask me if we are done, as crazy as it sounds, I just don't know!

So, this year we decided to do the sonogram differently. Usually we have all the kids with us. This time we decided to do a cupcake gender reveal at home after everyone was home from work/school. So Joey and I found out at the sonogram and we kept it a secret all day. The kids came home later and were so excited to bite into their cupcakes and see what color frosting was inside! Originally all of us thought it was a girl, except for Ammon(you are the winner buddy!). When he bit into the cupcake and saw blue, we asked him what color was inside..he said, "Boy!" And was so excited! He had told us in the past when we asked him what was in my tummy, a boy or girl, "Boy..we already had a lot of girl babies..." Hahaha. He can add ;) Wes has no idea whats going on, but he likes cupcakes :) The girls are all happy, though Cali was hoping to share a room with a little sister so she was a little sad about that(but she got over it fast). And guess what? We already have the name. We had both picked out about a week before sonogram(because, like I said, I'm a planner :) And here it is:

Luke is just a name we really love. I've always liked it. Solid. And just sounds right, like it fits with our family. And it doesn't hurt that it is the main character of Star Wars' name ;) So Joey couldn't say no. He'll be practicing using the force before he can walk. LOL. Gerratt is meaningful because it was Joey's mission president's last name. He was a HUGE influence on Joey in his life during those years on his mission. An amazing man that I'm proud to name my son after. He even flew to our wedding(it was a surprise!) with his wife to be there. That doesn't happen too often that a mission president comes to one of his missionaries marriages. Joey was his AP so I think he was special to him too :) I think the name is perfect! We are having fun already calling the baby "him" and calling him by name...meet Luke...


Sweet little profile and even a little hand up 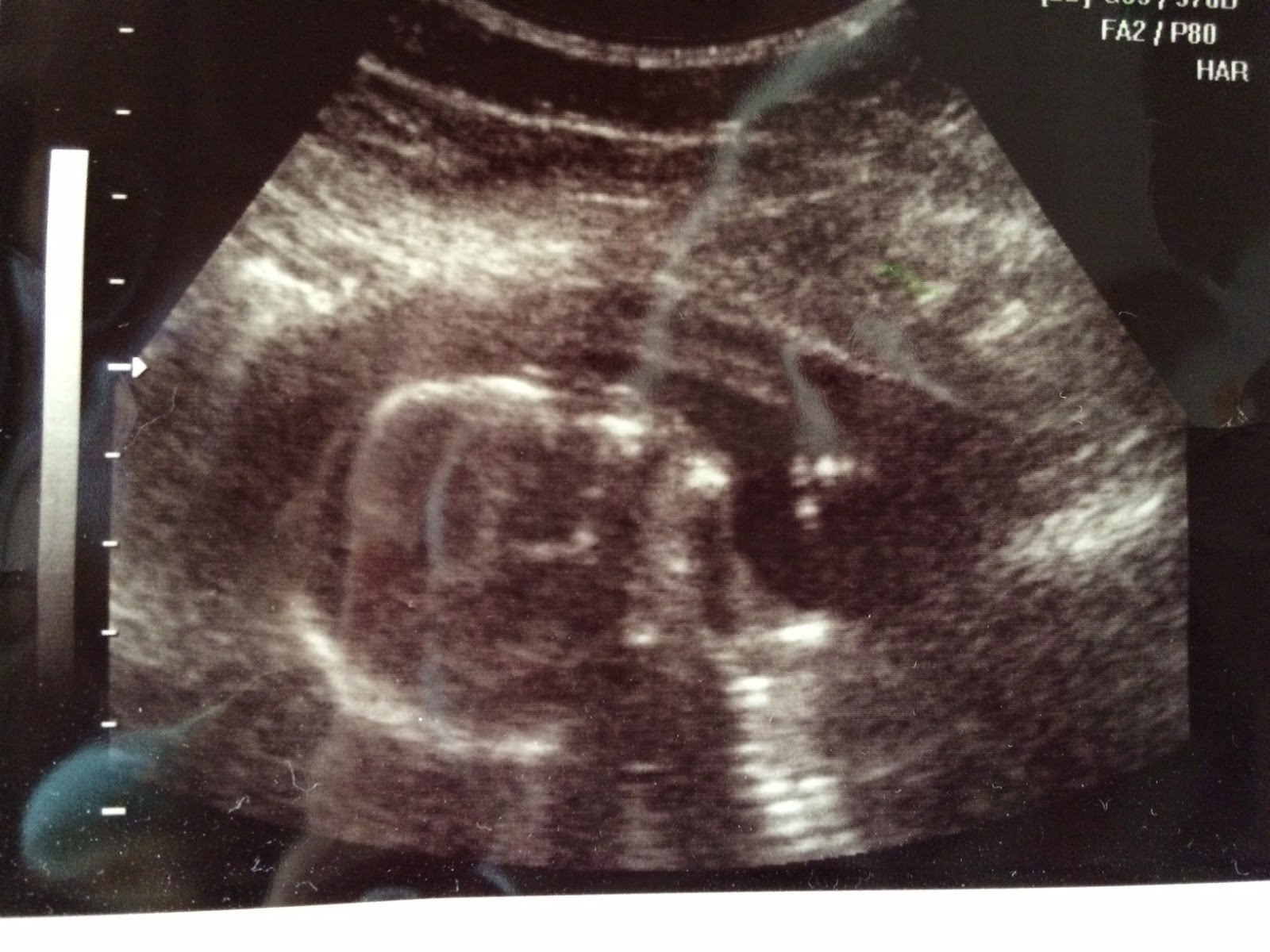 And just a good shot of his leetle spine 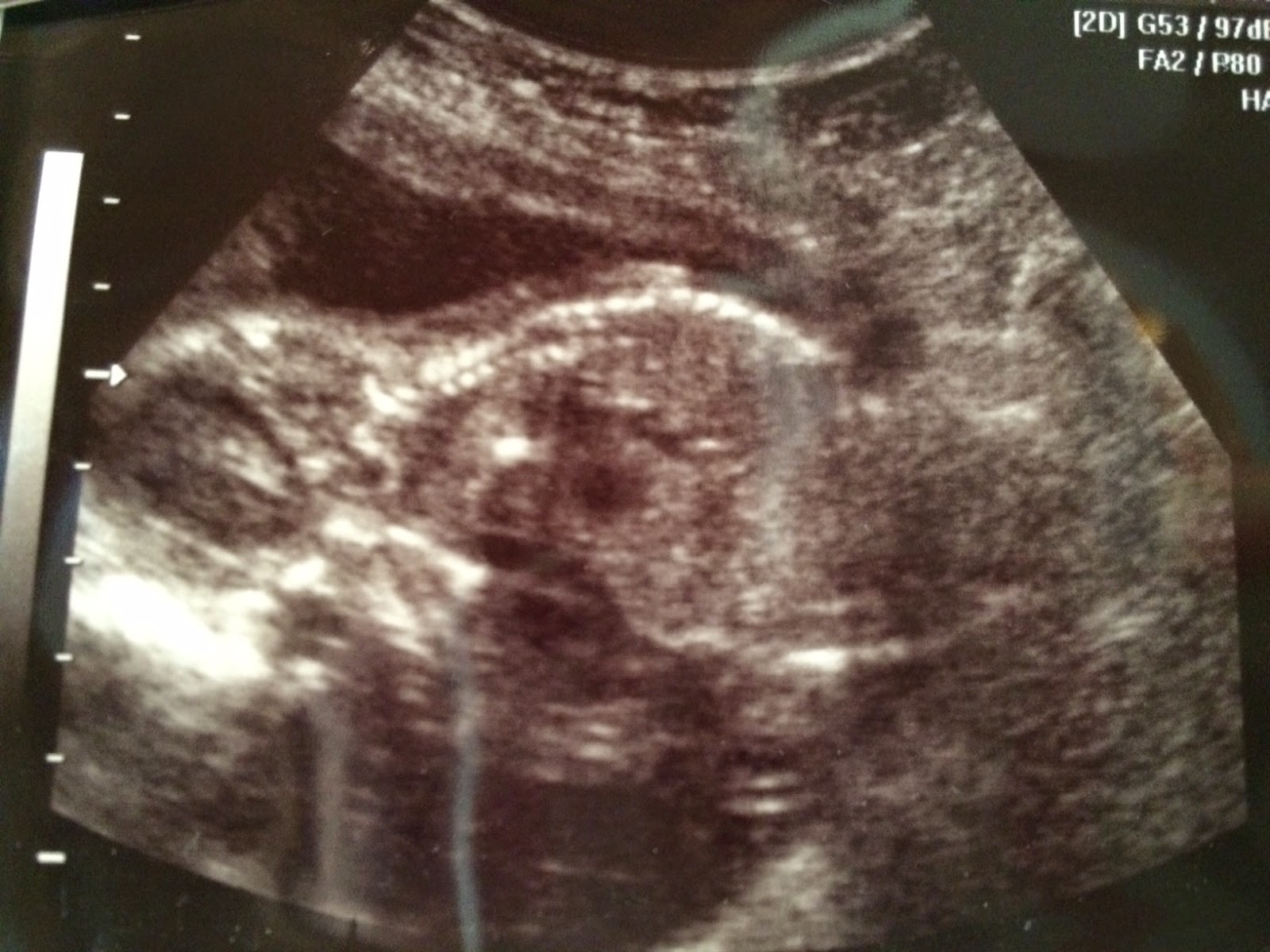 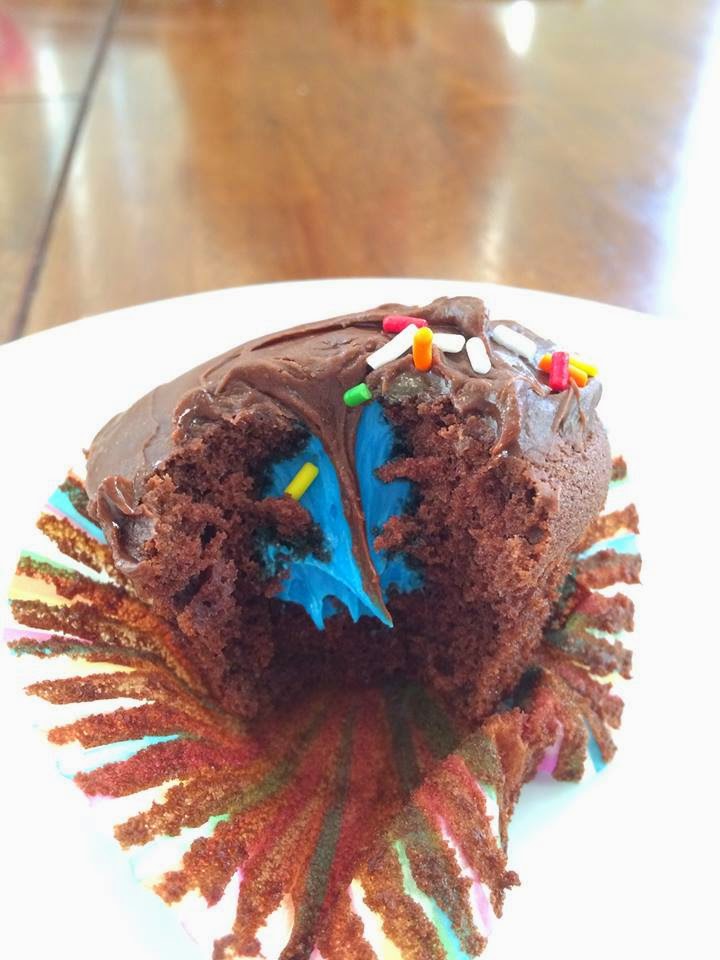 And a chocolate toothed about-to-be-big-brother :) 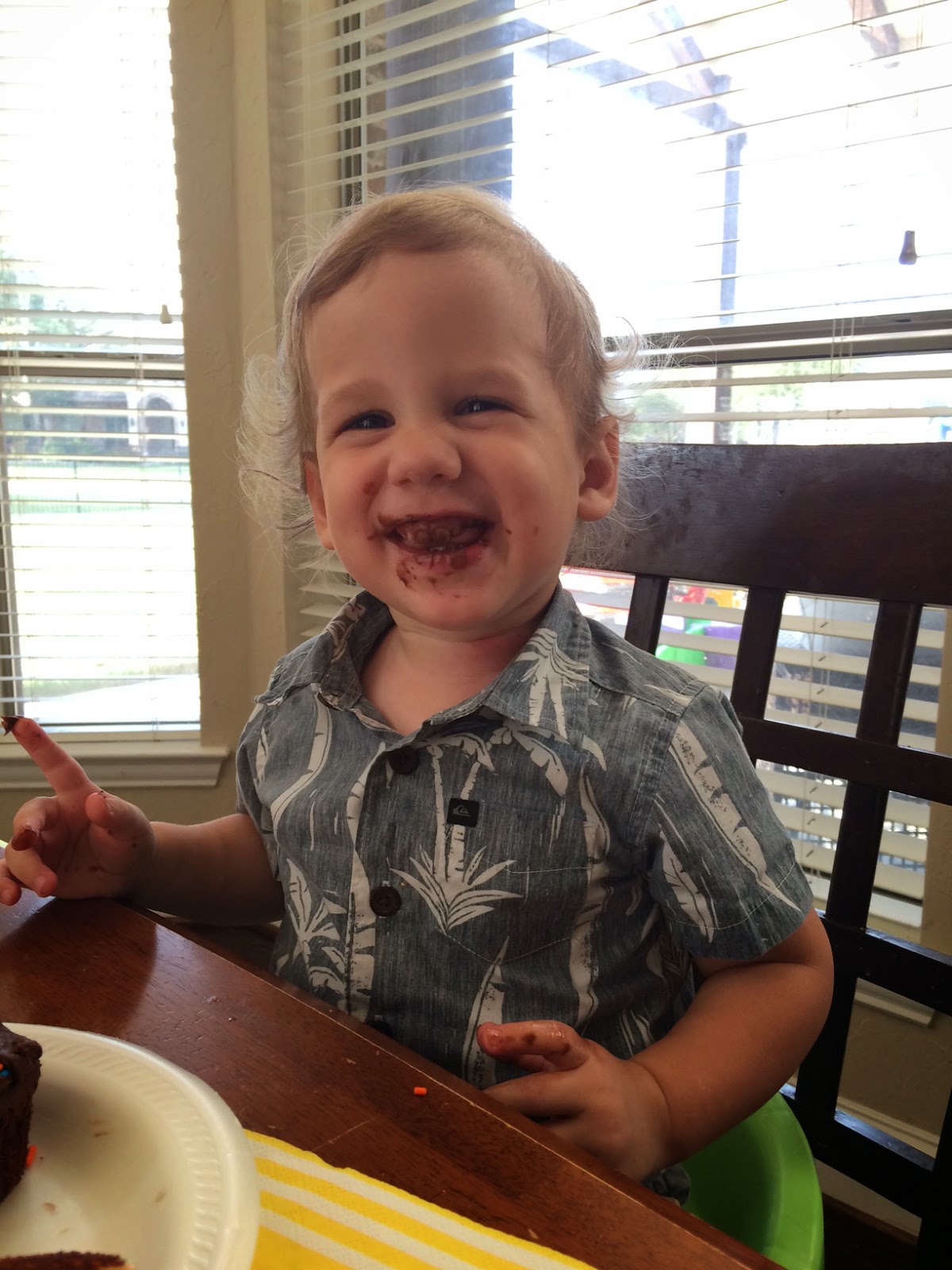 I'm super excited about this sweet baby boy! And I love the name; it really is perfect. Whatever happens in the future, will be what is meant to be. We'll just have to wait and see. ;)

Love the name....ok I might be biased! Congrats on another boy. You couldn't have planned it better. So happy for y'all.