The perfect morning for a parade

So the end of November meant a lot of stomach viruses over in this house. Nasty ones. Two different ones that played a number on pretty much all of us. The kids took turns with a 48 hour puke fest(sorry for the tmi but thats life yall;) which then ended in bathroom fun for several days. Which is always fun when two of them don't make it to the bathroom. . .good times. The one that hit me was one that was about 5-6 days long, no fever, just feeling nauseated/stomach pains/weakness to where I literally had a hard time standing up and doing anything. Joey even took off work one day, it was that bad :( I started to wonder if it was part of pregnancy and remember fearing that I would have this for the last three months. I didn't know what I would do or how I would survive! But thankfully it ended. Thankfully indeed. Anyways, what I'm getting at is even with all of the sicknesses we had we were still able to do all of the fun things we had planned for this season. Everyone was healthy on the weekends! It was the weekdays that killed us for about 3 weeks off an on. We had planned on trying to go to the downtown Dallas Christmas parade this year and I was REALLY looking forward to it. The weather forecast was amazing. Sunny and cool. But the day before I was still feeling so weak. I told Joey they would have to go without me and it made me sooo sad. The boys had never been to an awesome parade before, just our small town one(which is great and all...but doesn't compare to the Dallas parade!) I didn't want to miss it, but thats how awful I was feeling. We all prayed I could feel much better the next day and sure enough I woke up Saturday and could actually walk a few steps without feeling faint. So we all made it! I was so thankful that our prayers were answered. There was a moment during the parade, actually when it very first started, that the boys were so excited and I actually got teary eyed just feeling so happy I was there to see it all with them. The bands were playing Christmas music and joy was in the air.  I will say by the end of the parade I was dead beat, still not 100%, and took a little nap when we got home though :) It was a great morning. The kids were all so happy and excited. Lots of fingers pointed and oohs and aahs. I love doing these kinds of things together as a family. 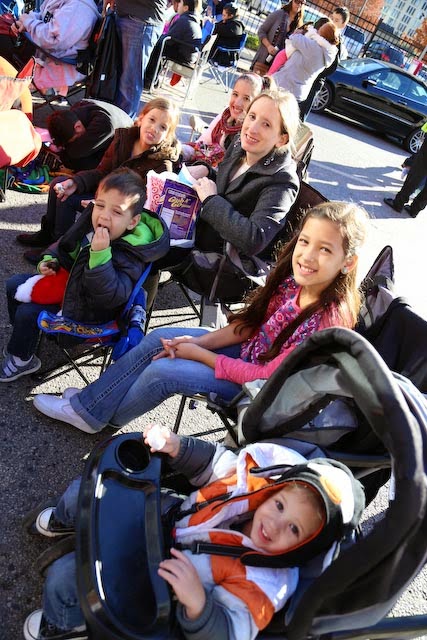 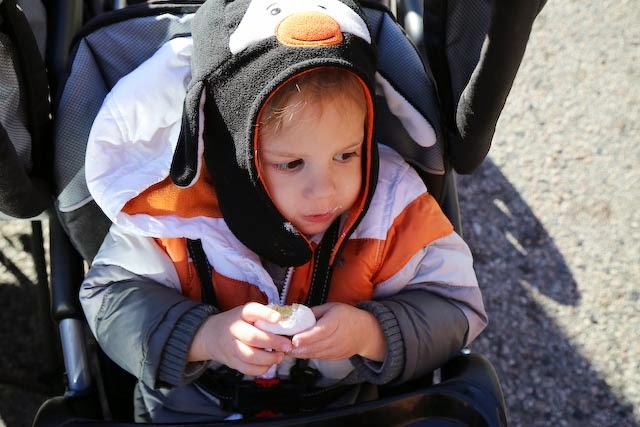 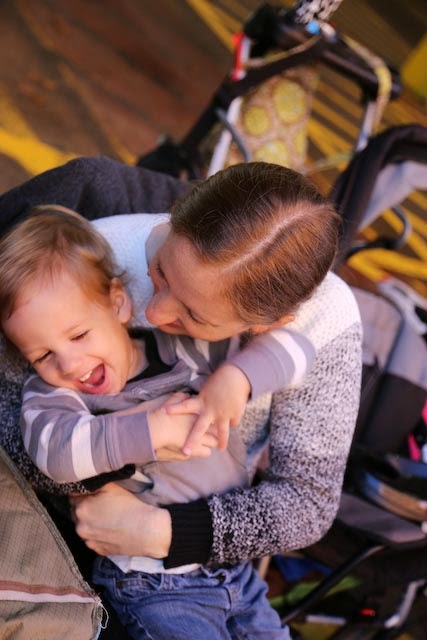 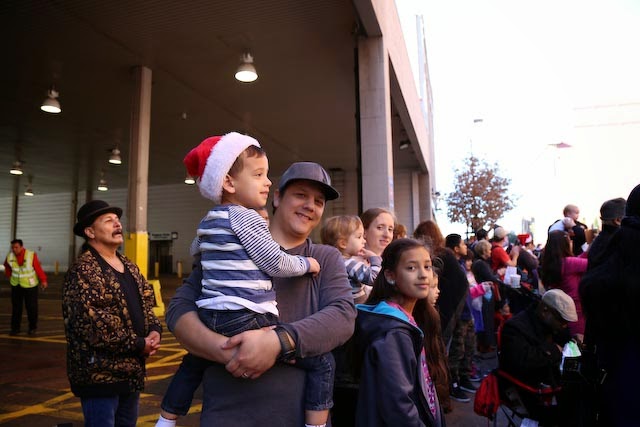 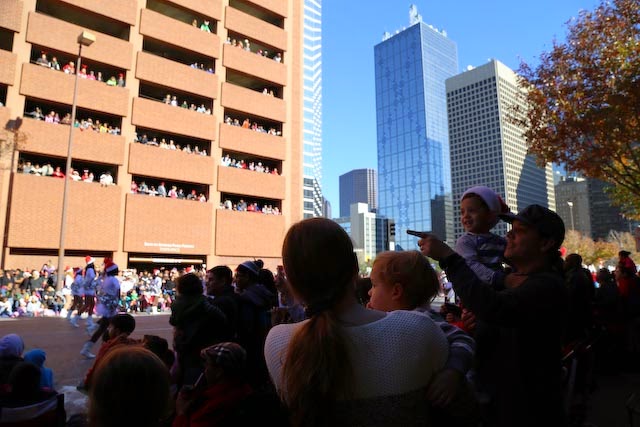 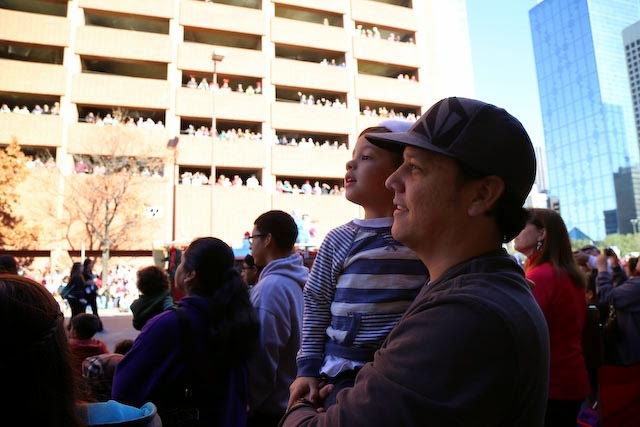 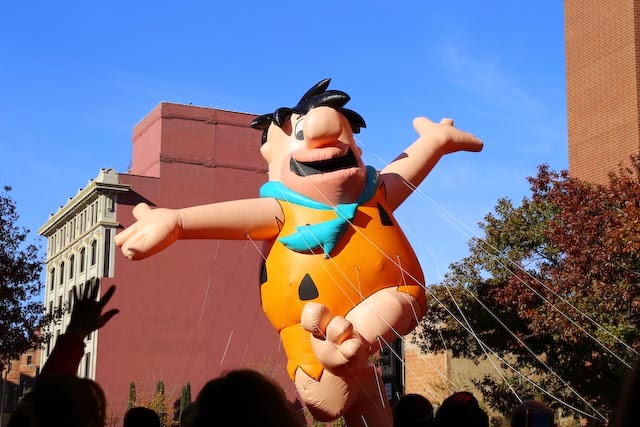 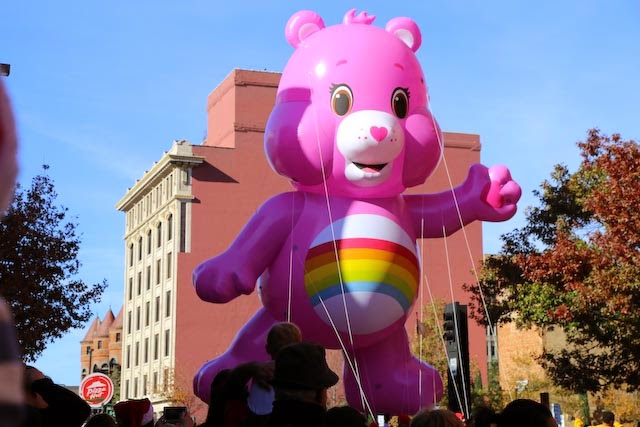 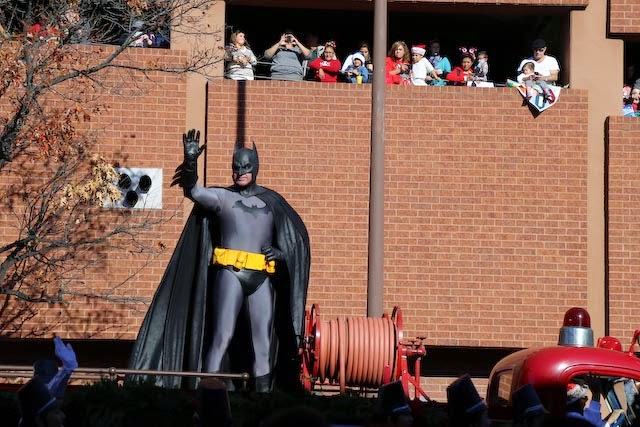 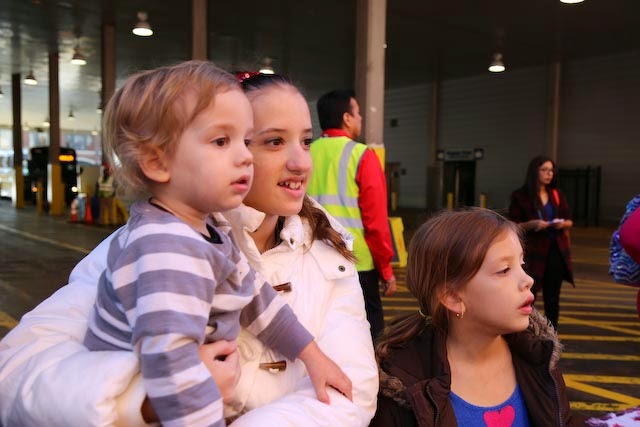 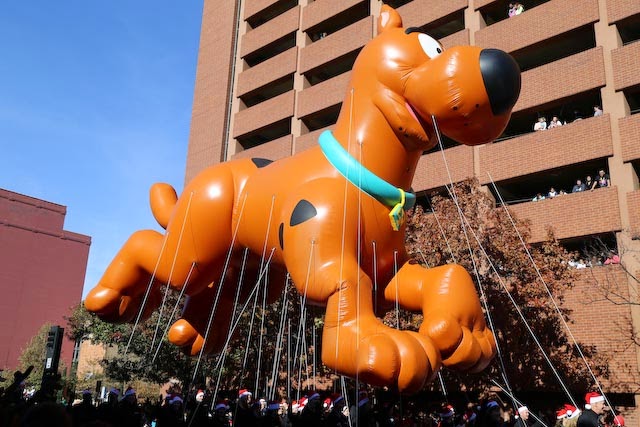 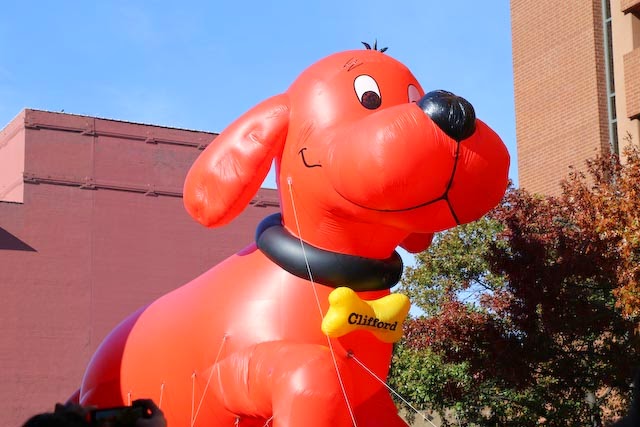 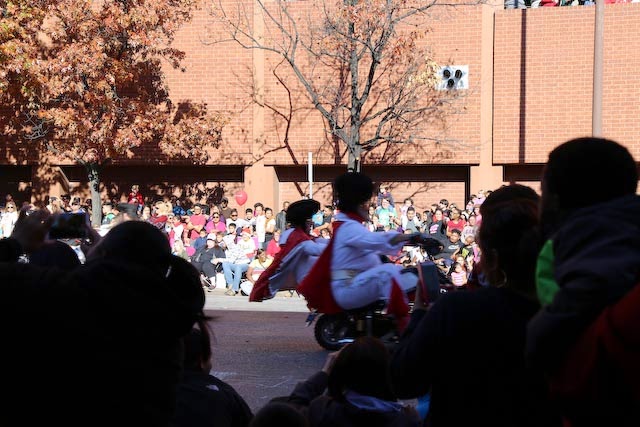 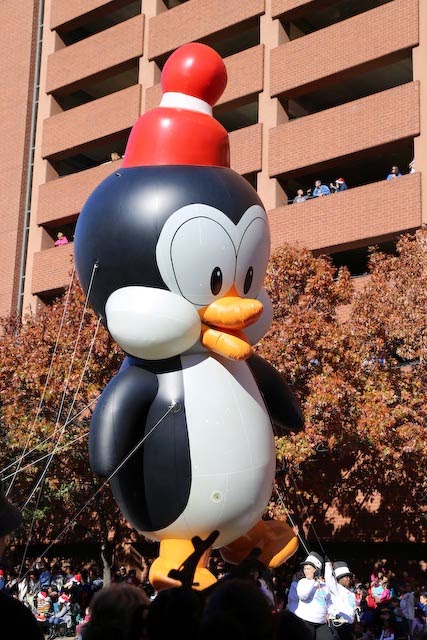 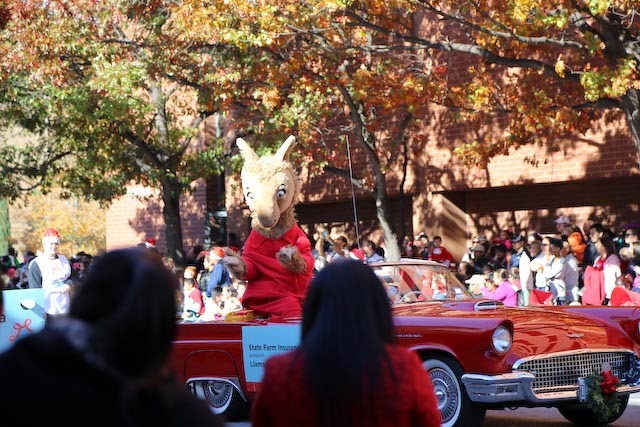 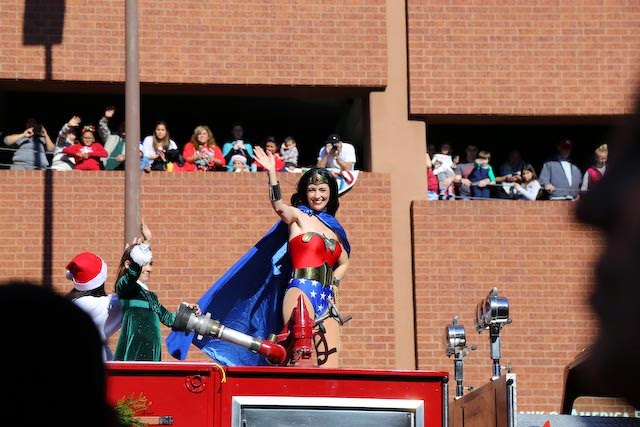 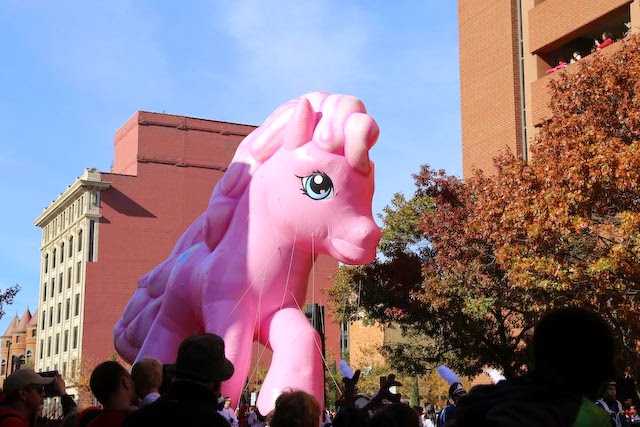 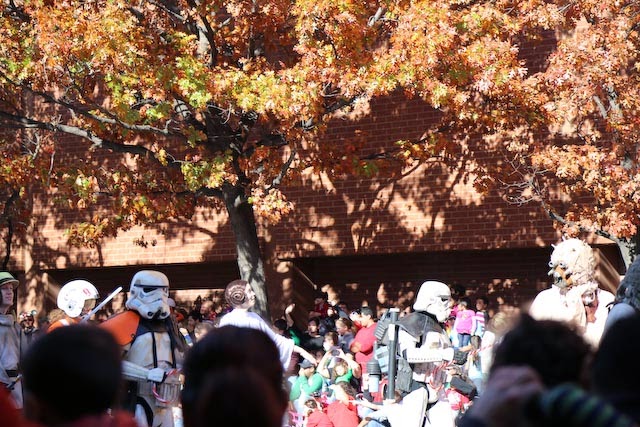 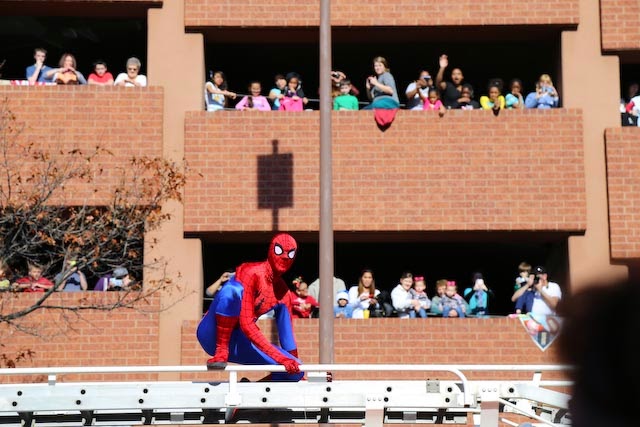 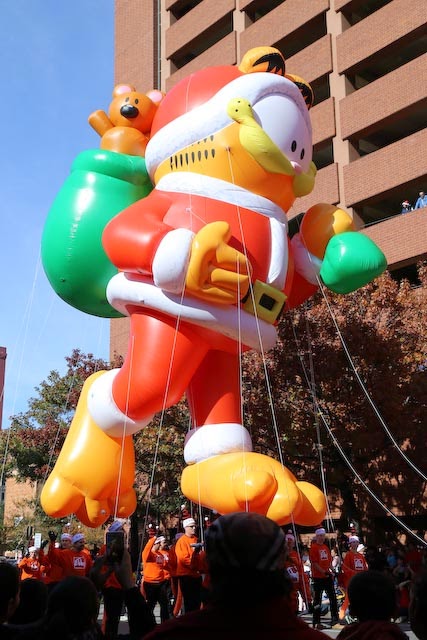 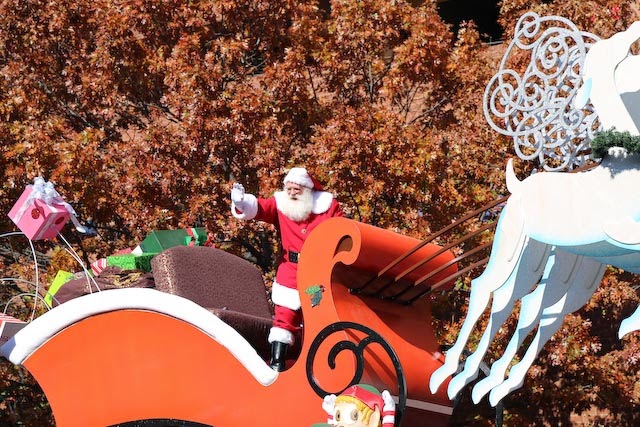 So glad you were able to go, after all! ! Yay! I've always wanted to go to a parade like that; maybe one day....