We get excited about this white stuff in Texas

So these pics were actually taken the week before Thanksgiving. We were decorating for Christmas early(Don't hate me! We were about to travel and wanted to come home to Christmas waiting for us, ok?!) one night and we had just finished the tree. We looked out the window and snow was falling! Okay, so it was small little flakes, but we don't care! We are Texan. If we see white falling from the sky, we just about pee our pants. Even though it was already kinda late, we had the kids throw on some coats and run outside to play in it for a few minutes. It was a fun night together. We all acted bonkers. And sang. And ran around. Even pregnant fat me. The girls had school the next morning but the boys and I enjoyed it a little bit more before it melted in the afternoon. The boys were determined to chuck snow at me. With a fierceness that almost scared me. ;) And I'll never forget hearing, "Mommy look at me! I'm making a snow angel!" I looked over and saw sweet little Ammon moving his arms up and down as fast as he can in about 1/100th of an inch of snow :) I guess he had either remembered it from last year(though we really didn't get real snow last year) or had seen it in a movie? I don't know but it was so so cute. 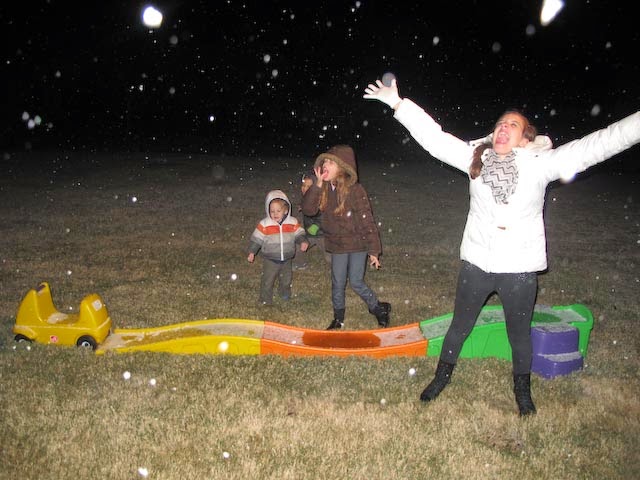 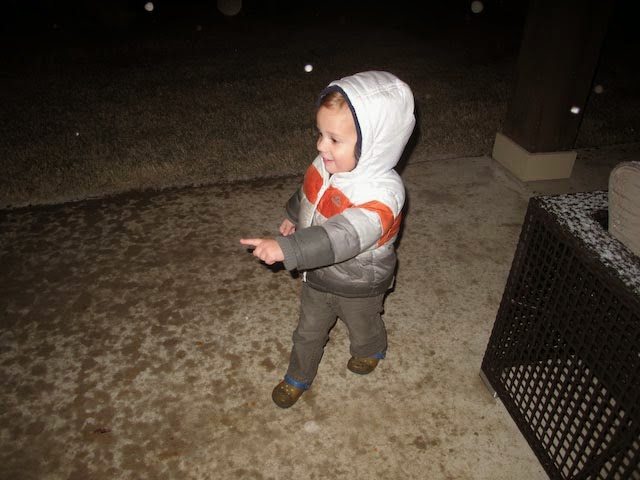 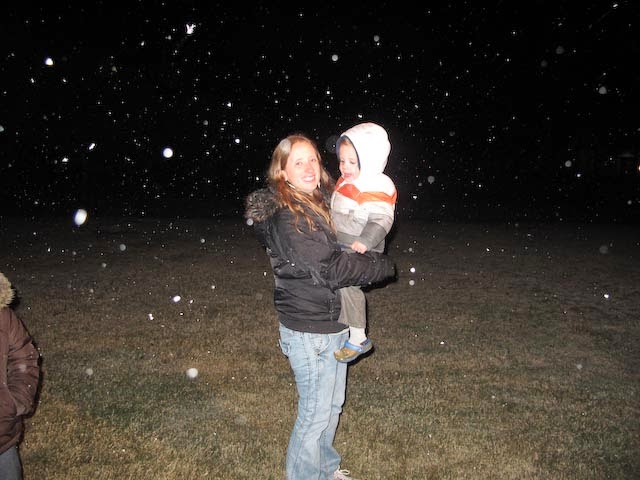 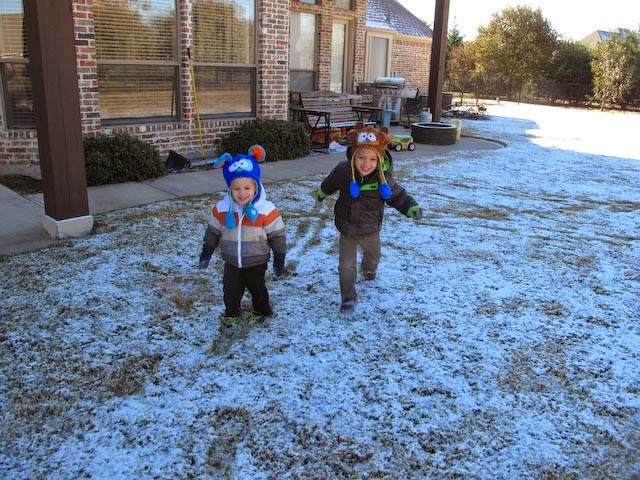 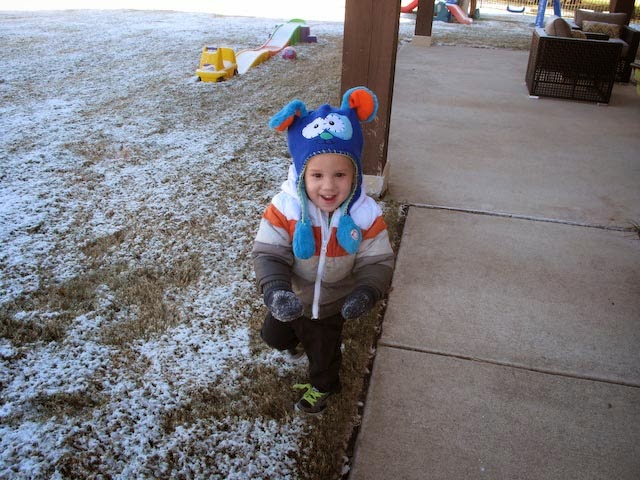 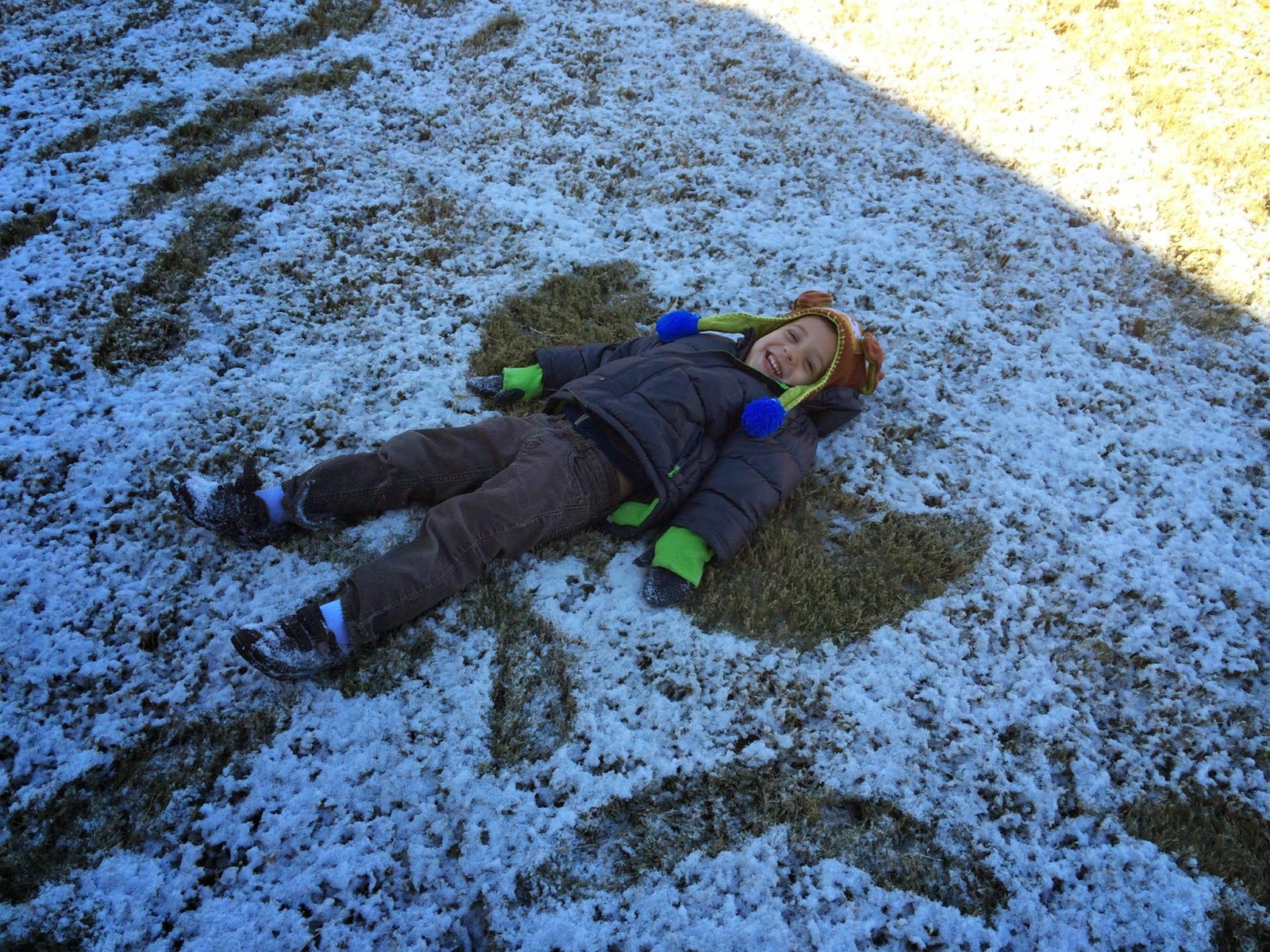