Ammon said/did three adorable things today. I have to record them so I don't ever forget :)

The first thing was that he had Aubrey's cheeto filled carrot shaped bag(a fun little goodie from my Mom for Easter) and was chewing on it unopened. Aubrey got mad at him and asked him why he had her cheetos and why he was chewing on the bag(he was sick with a cold virus so now she didn't want them-she wasn't thrilled). His response(said so sincerely), "I was just trying to be a bunny!" How can you stay mad at that?!

At family prayer, we called him into the living room. He walked in with his little electric toothbrush...brushing his eyebrows. He later told me he didn't want his eyebrows to be so long ...interesting :) And no, no toothpaste was involved. Grooming only.

Last but not least was the actual prayer. It was his turn. Earlier in the day I told him that today was Jesus' real birthday.  During his nighttime prayer he added towards the end, "And tell Jesus Happy Birthday!" :)

I love this kid. I think age 4 is one of the cutest ages you can be. 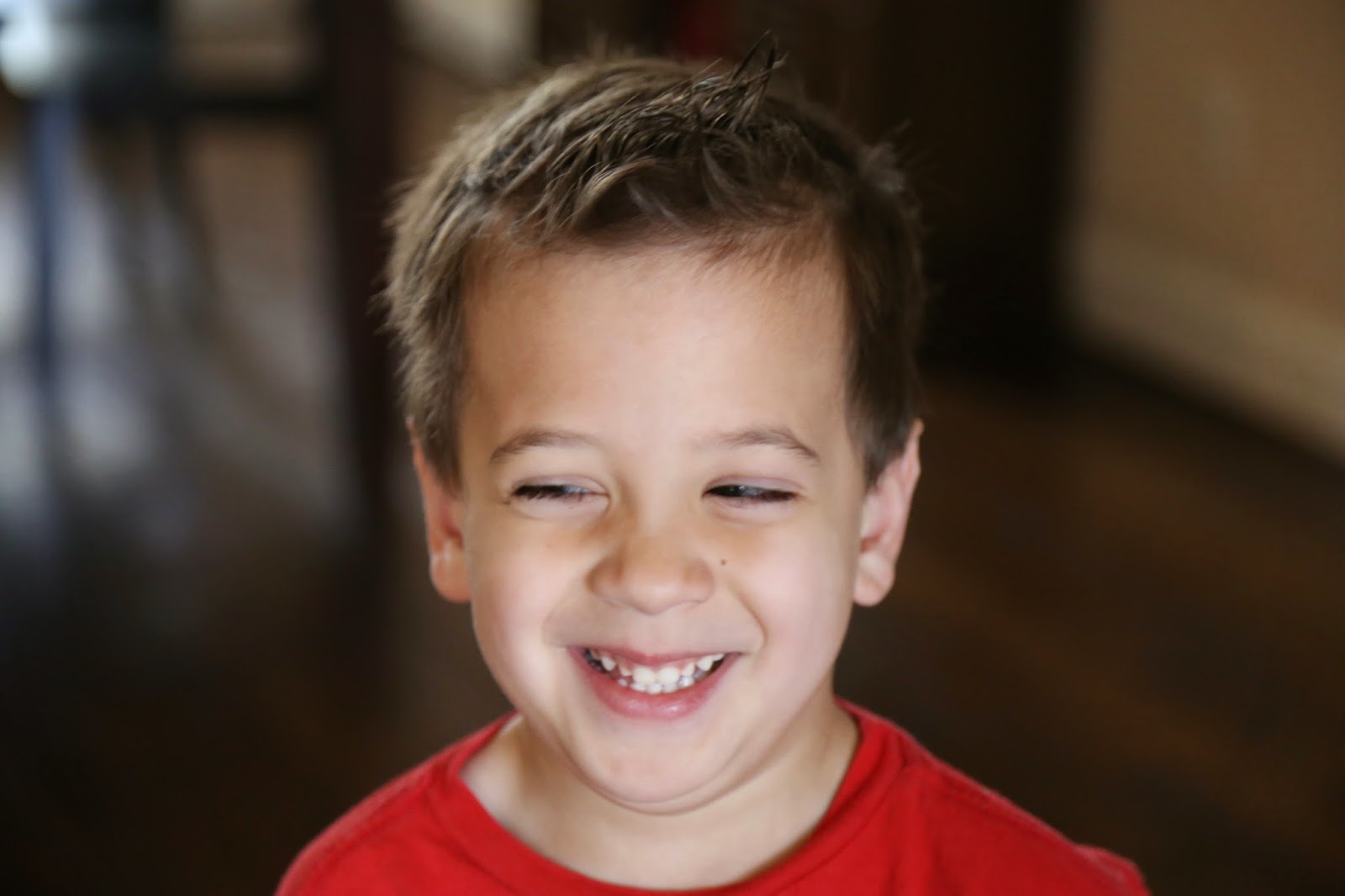 Oh gosh! What a funny boy; the birthday thing had me laughing the hardest, though. How sweet and thoughtful of him. ;-) How can you ever get angry at such a cute kid?!