We found an awesome house last month! The week after we moved into the apartment we found a few more homes to go look at. When I walked into this one I was wowed. I wanted it immediately :) We made an offer, got under contract, inspections were perfect, everything worked out! We were able to move in within the month(we closed September 3). It meets so many of our needs right now: 6 bedrooms, school district we really wanted, only 10 minutes away from Joey's work(Yea! That was a HUGE plus), good sized lot(with a hill in the backyard that will be awesome for sledding!), practically new-only 3 years old and the previous owners had no kids so its immaculate, finished basement(we've never had a basement before so this is cool!), on a culdesac, and lots of space/square footage. The only two things about the house we aren't sure about are the size of the kitchen and the size of the girls bathroom they share. Both are smaller than we would like. We'll just have to make it work. Probably will put vanities in the girls rooms so they aren't in the bathroom doing makeup/hair on top of each other. And we'll add furniture(drawers/cabinet of some kind) like the previous owners had in the breakfast area for more storage space. Its gorgeous inside. GORGEOUS! Everything is updated and new. We won't have to spend years redoing floors and appliances. Everything is awesome and I don't want to change any of it. Move in ready :) I was so so excited to move in. Especially after how crammed we were into that apartment. Ugh. That made me extra grateful for the new house! Here are pics! The first few are from when we took the kids to walk through it for the first time(with the previous owners stuff still inside..they kept it so nice..I think we will trash the joint with our crew;). And then the last few are from when we were moving in. . .Joey carrying me across the threshold, the kids meditating in the crazy beautiful GREEN grass, our first dinner there(Wendy's with frosties:), unpacking, and the boys playing in the pool..with no water. Hahaha, yep, they were just so excited when the movers pulled it off the truck they had to play inside it.  We are loving it here so far! We've had neighbors come and introduce themselves. One brought us treats, another brought us a potted plant and another brought us fun goodies for all of us. We've appreciated the warm welcome. And the weather has been amazing. We have been outside and visiting parks constantly. There are so many awesome parks here. Who would've thought Iowa would be so awesome? 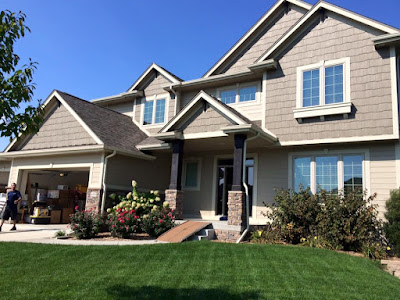 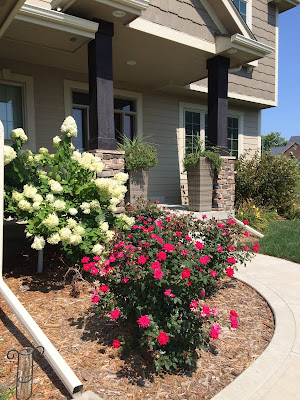 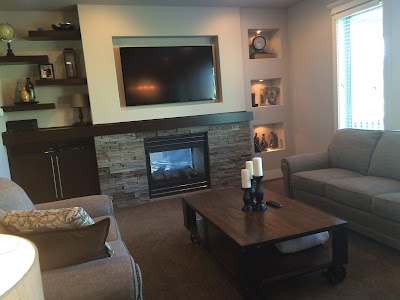 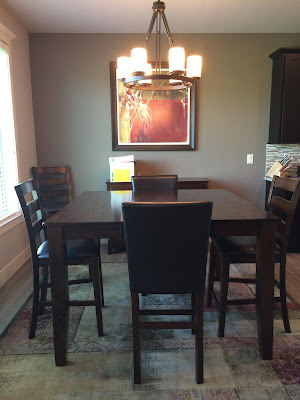 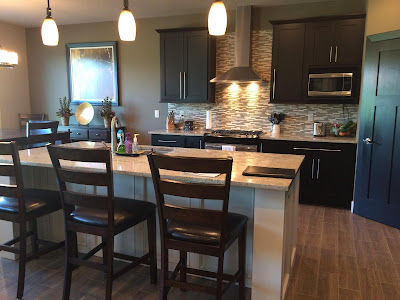 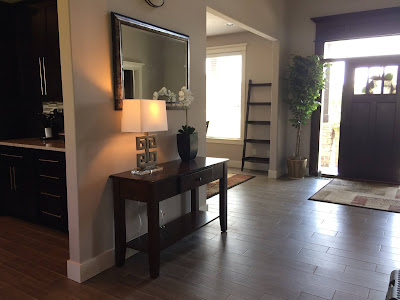 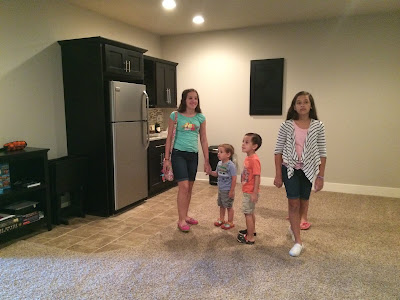 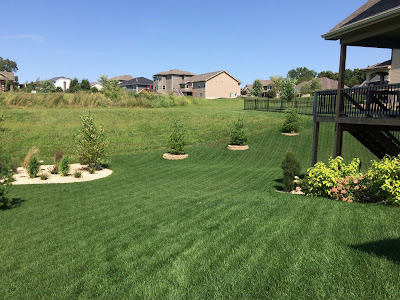 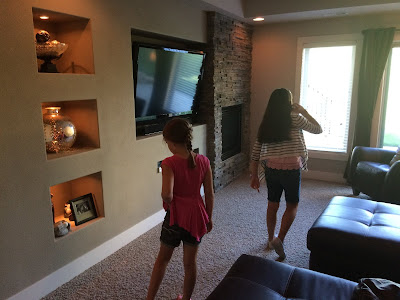 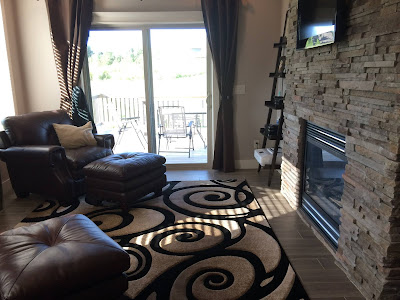 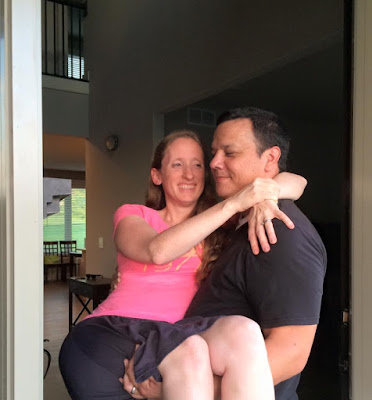 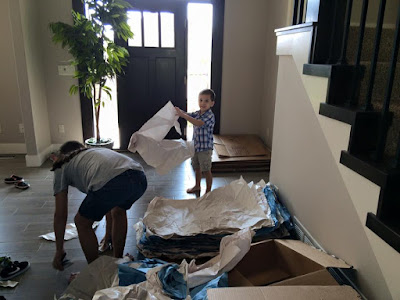 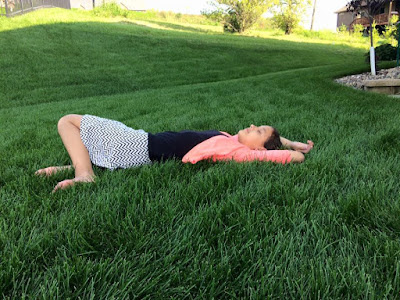 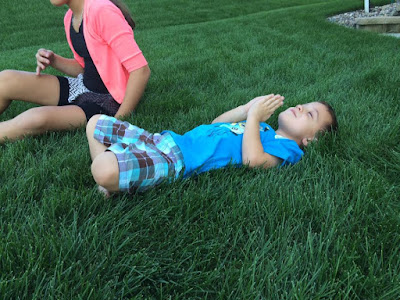 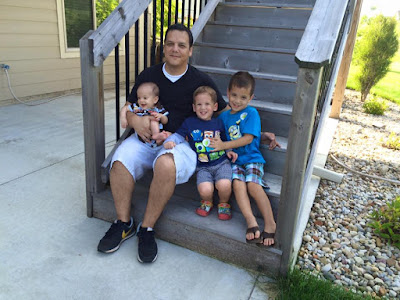 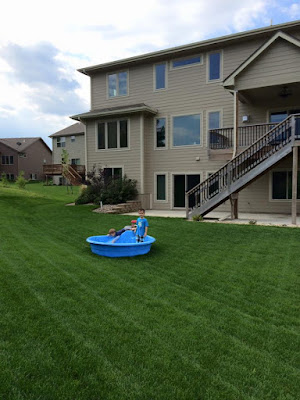 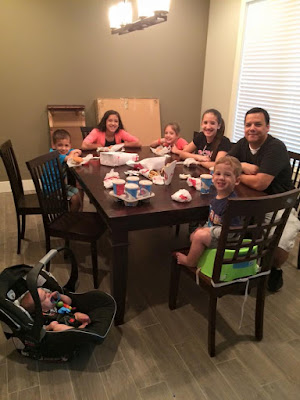 It's so amazing how everything worked out. I love our new home. We've been so blessed. This place is beautiful