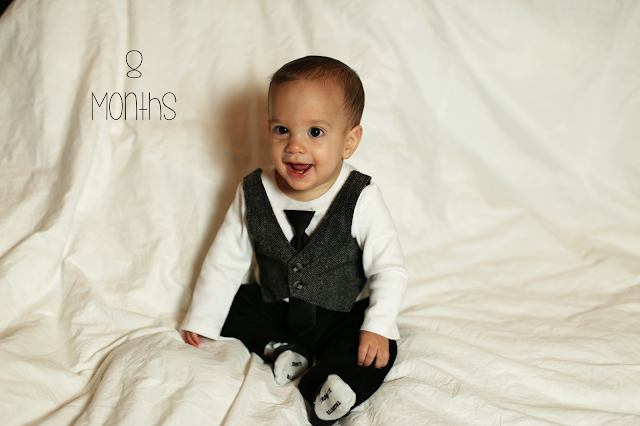 Luke is a crawling pro now. He is all over this house! This has forced me to vacuum way more than I would prefer to ;) He finds the tiniest things with his little finger and will try to inhale whatever he finds. I have fished a couple of things out of his mouth already. Thankfully the baby gate came in before he had learned to crawl enough to get out of the living room ;) Or he'd be sliding down into the basement, haha. He is also sitting up completely perfectly now. Last month he was kinda sitting up but I wouldn't have called it official yet as he was leaning over on his hands with the occasional sit up and then back topple. It was crazy how fast he all of the sudden decided, okay, I'm going to sit up all the time now. And now he just crawls around finds a place to sit and sits there with a toy in his mouth. He just looks so much older all of the sudden! He started babbling way more this month too. Daddy his happy he is finally saying dadadada. Oh, and a really cute thing he has just started doing is waving. He just started doing this last week. It is the most adorable thing ever! He even did it to one of our family pictures :)
He has been having a hard time sleeping at night the past few weeks..this Mama is tired! It looks like he might be getting more teeth soon so I'm hoping thats the problem. He has never been a solid night time sleeper...but has definitely regressed. The other night he was up every two hours. Worse than when he was a newborn. So pray for me y'all...he is perfection otherwise. My happy lil boy.
Happy 8 months Luke!!! 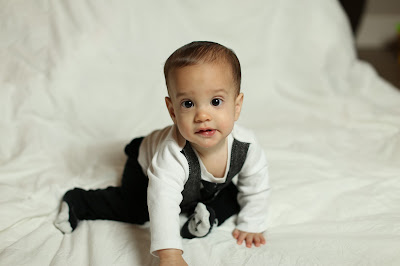 As you will see, I had to give him a variety of toys to get him to sit still. He kept crawling away! :) 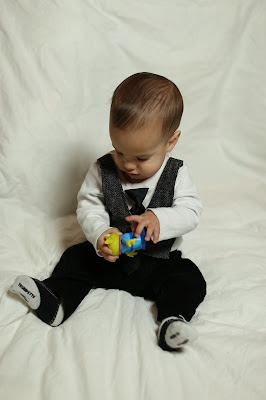 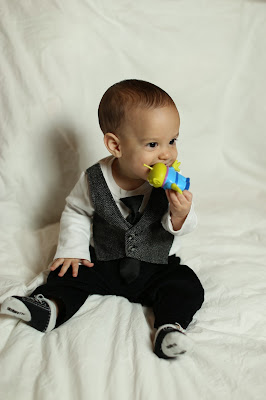 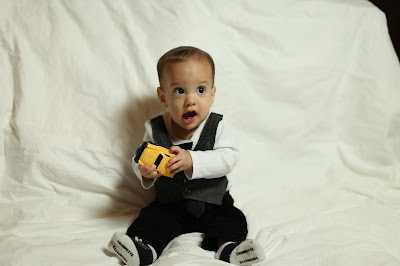 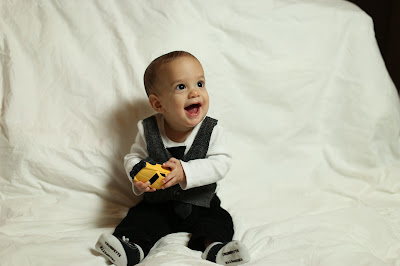 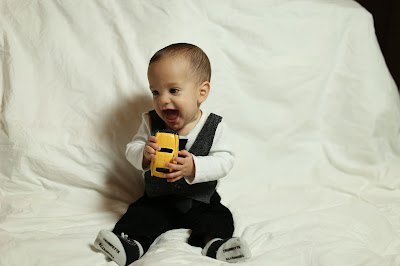 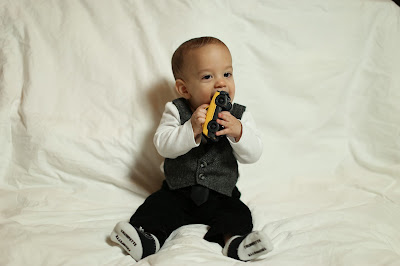 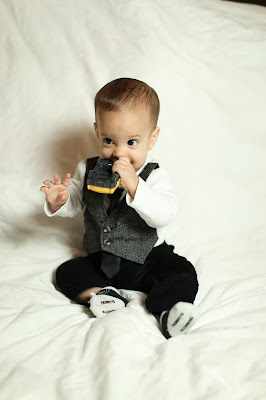