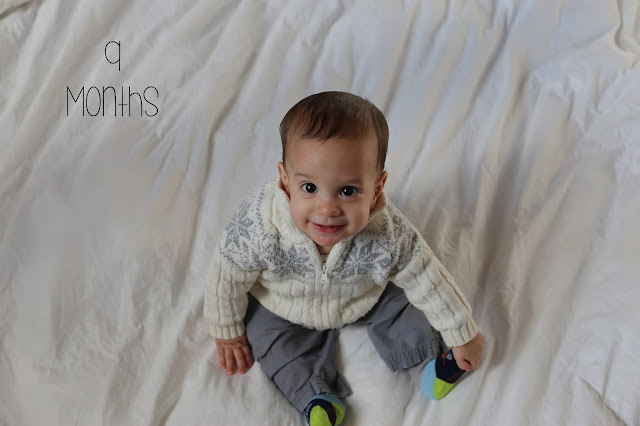 9 months is a milestone for me because it means Luke has been outside of my tummy as long as he was inside :) I can't believe how fast its all gone! So this month has brought two more teeth(eek!) He also had fun "playing" with snow for the first time as we have had some snow here in Iowa and plenty of it. I bought him the cutest little snowsuit! He also has tried juice and Cheerios for the first time(he of course loved the Cheerios and juice as he has never met anything he doesn't like yet!) He isn't a picky eater at all. Polar opposite of how Mr. Wesley was(that kid wouldn't eat anything!) He is trying to pull up but hasn't quite gotten on two feet yet, just one :) He is a speedy crawler and has sharp eyes that can spot anything on the floor. I am constantly fishing things out of his mouth! He is quick :) His favorite place to be is in the playroom where all of big brothers toys are..his toys just aren't as cool of course. So I have to make sure none of the boys toys are too small and if they are, they gotta stay upstairs. He just wants to be one of the big kids already! Happy 9 months Luke! We love watching you explore and learn new things every day. I love these photos of my little man wearing his little winter sweater. The only boy that really got to wear this one! Wasn't cold enough during the right season for the other boys. And yes, he loves blocks. And eating them :) Nom nom. 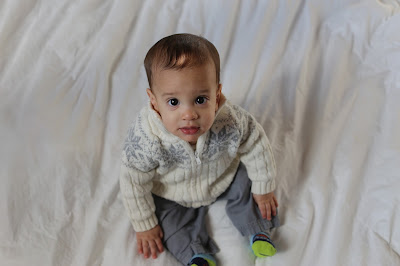 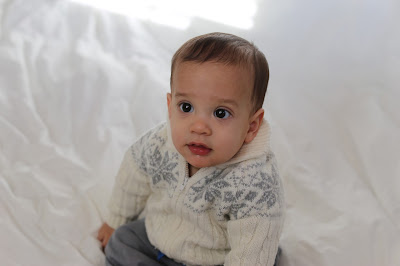 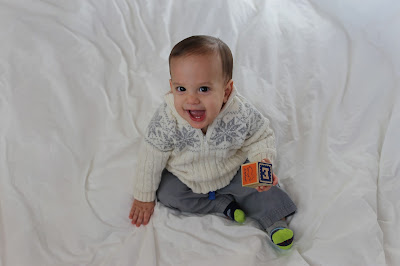 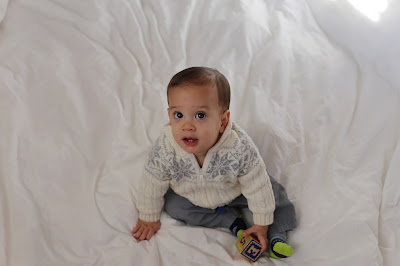 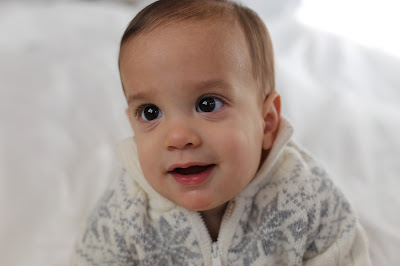 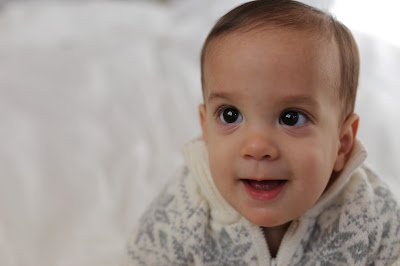 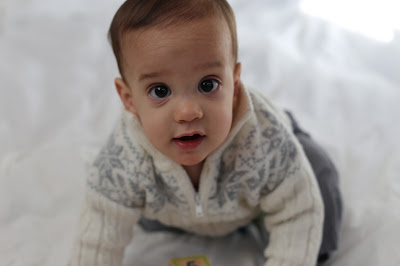 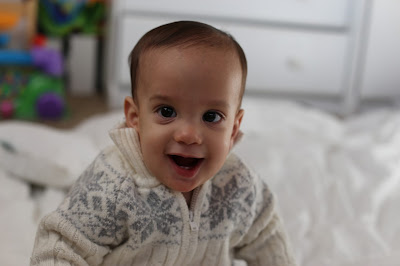 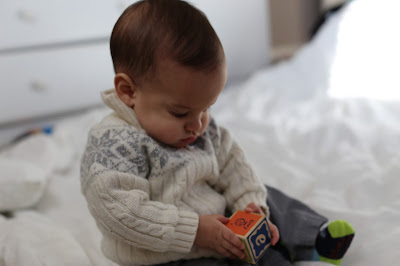 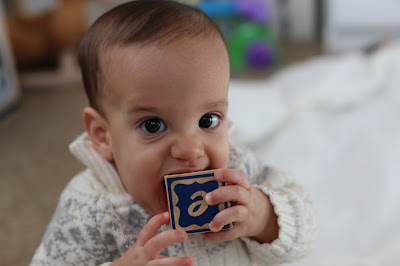 These are so good! Handsome little dude