Wesley started speech classes a month or so ago since he isn't quite talking as much as he should be. And when he does try, he doesn't try too hard(because its frustrating and tough for him!)  He has done really well and is finally warming up to his speech teacher, Ms. Emily. She is so sweet and so good with him. Anyways, she recommended(as well as another speech therapist I talked to) that he go to preschool at least a couple of days a week so he has more exposure to other kids his age. This might motivate him to try speaking more. He might get away with being more lazy about it with me(as I can understand him better than others and probably, without realizing it, I may speak for him sometimes) Anyways, I have never sent a kid to school so early so I was feeling a little torn about it. I talked to Joey about it, prayed about it, and felt good about it. So, here we go! Wesley started at Ammon's preschool last week! He just goes twice a week for 2 1/2 hours. He loves it. Just loves it. I think he really needed this. And maybe me too..lol. He has been quite the handful lately and maybe we needed a little "break" from each other ;) He feels so big! He loves to wear his backpack and feels like one of the older kids now. I was sad saying goodbye the first morning and was anxious about how he would do, but his teacher, Mrs. Mack, said he did wonderful. She is an amazing teacher and so good with him. I'm confident this was the right choice for him already. I usually like to get a picture in front of the school but it was snowy and cold so we just did a couple of indoor shots. Enjoy pics of our handsome man on his first day at school...Joey was there too(He comes to see the kids off on their special days- always! But I don't have any pics of him darnit!) 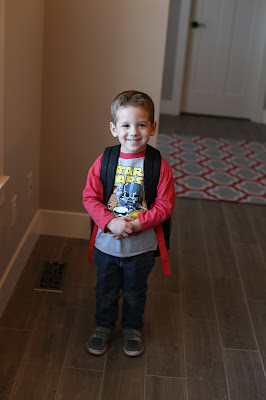 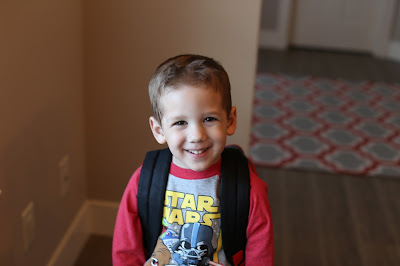 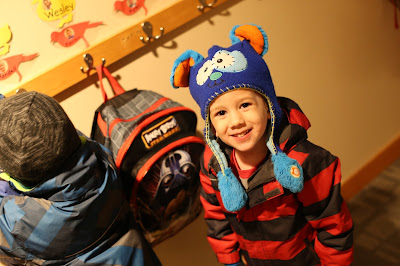 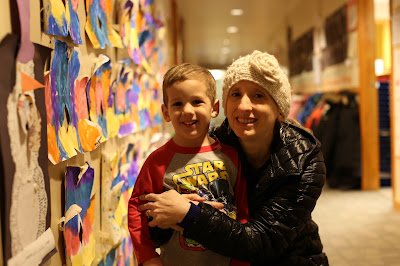 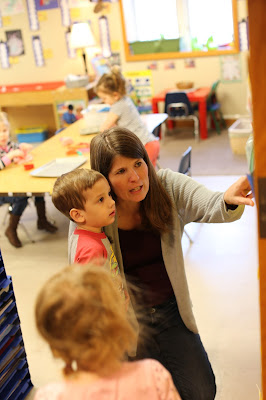 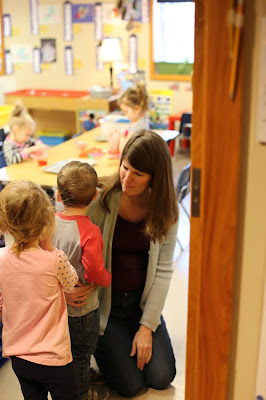