Ever since I was a teenager and saw a show on the Travel Channel that featured the "Mall of America" I added it to my mental bucket list of places I want to visit someday. When we moved to Iowa, I found out it was only 3 1/2 hours away from where we live! I was so excited! So we planned a Spring Break trip there and it was awesome! 2016 was gonna be our year of fun and we definitely started it off right. This mall is just plain crazy. Its HUGE! It has a theme park literally inside of it with roller coasters and everything. Four stories of shopping galore. I mean, its so big that there are like two of every store. In the same mall. Just so you don't have to walk too far, haha. There is also an aquarium. And an indoor putting/golfing place. Huge movie theatre. And so much more. It was so awesome. We started off our trip with a day at Nickelodeon Universe. I loved it. It isn't too big so its not too exhausting. Its indoors so no heat or cold to worry about.  Or sunscreen required(which is a huge time saver when you have kids. Sunscreening everyone up seriously takes forever!) We also went on a day where they had a discount, so that was cool too. Everyone had so much fun. Ammon, however, did not like the log ride! Joey took the kids on that one...he said there were strange robots in this tunnel that creeped out Ammon. I kid you not, Ammon talked about those robots daily for like a month after(I am writing this from the future;) Another moment that stands out to me is when Ella thought she could handle one of those rides that take you straight up with your feet dangling..and then it drops you down and then you go up..over and over. Well, she didn't love it, but she survived it. It felt much higher than it looked she said :) But I do admire the girls bravery! Aubrey went on some crazy stuff with Joey too. I'm glad these kids are braver than I! Joey finally has someone to go on this stuff with haha. We also went to Rainforest Cafe for dinner that night which brought back Dallas memories with my mama. The kids just had the best day! We all did :) Luke was also a trooper. He's such a good baby. The next day we did the aquarium. The kids had a blast at the sting rays! Especially the younger three(Wesley and Cali in particular..our little animal lovers). Every time they would touch one they would shriek in excitement. I'll never forget their smiles and laughter. It was a great little mini-vacay for our family! And now I can finally say I've been there. And also now I can say I've been to Minnesota!

Took us a while to find this sign, but we did. And took a picture of it :) 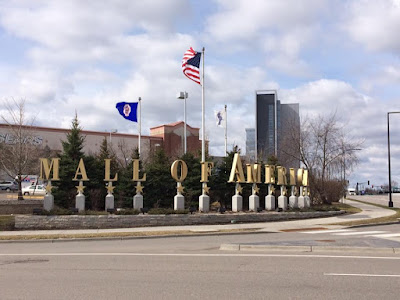 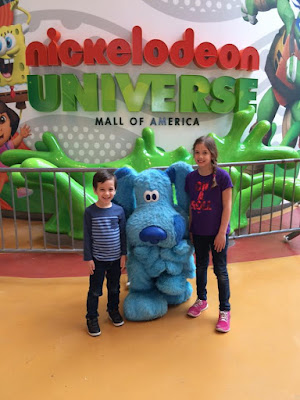 I LOVE this picture! To be a kid again... 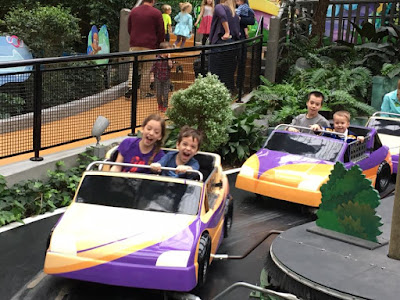 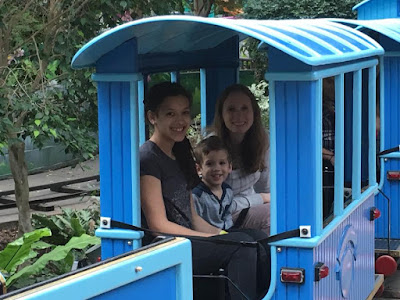 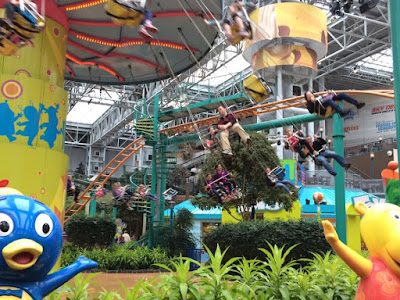 Proud of herself for going on the BIG swings... 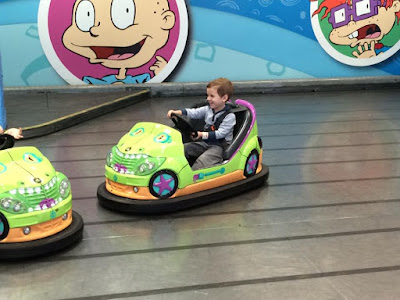 The ride that Ella underestimated...lol 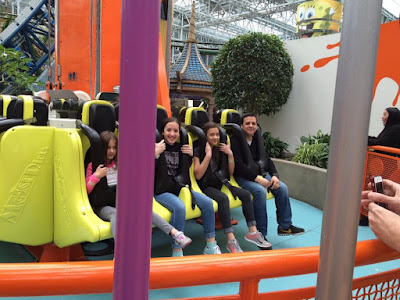 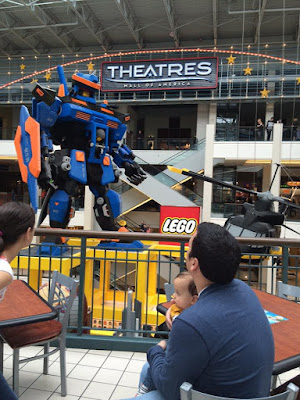 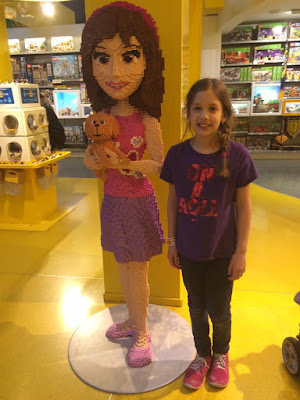 You gotta eat dip n dots at least once in your life. And then thats it, because of course, they are the biggest rip off on the planet ;) 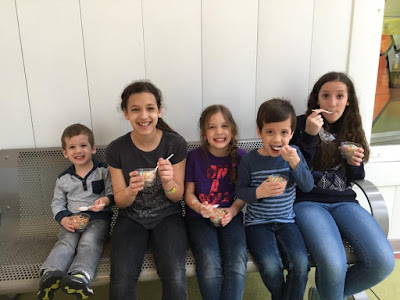 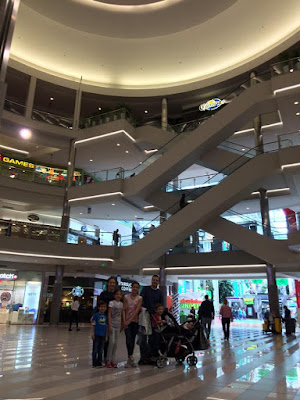 The boys lives had just flashed before their eyes... 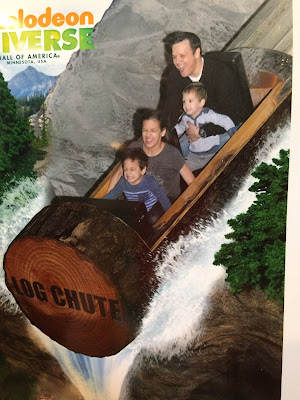 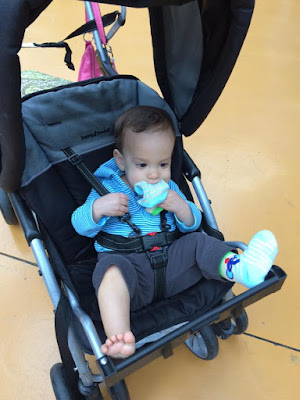 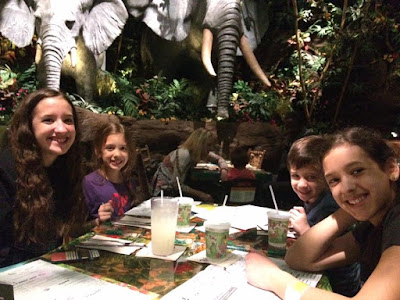 They actually use real sparklers at this one! They had banned them in TX. 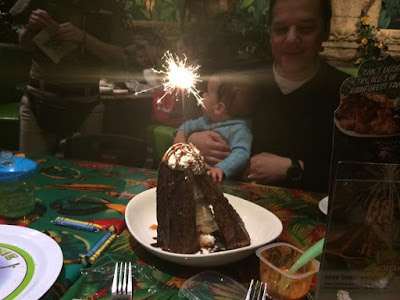 ;
Not a fan of the indoor thunderstorms and apes uprising. 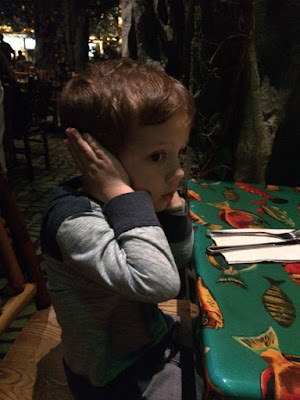 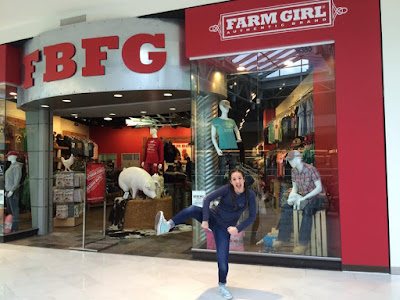 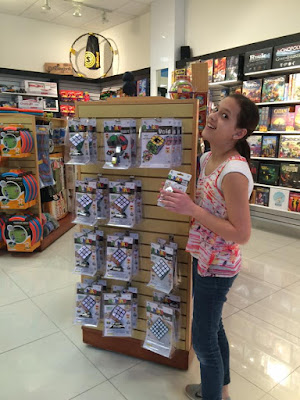 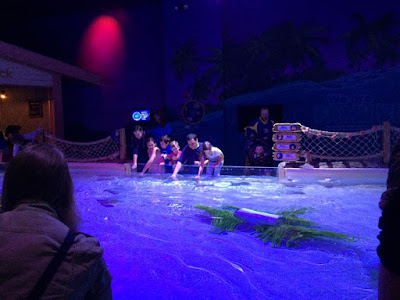 Might be my fave pic from the whole trip. Pure joy. 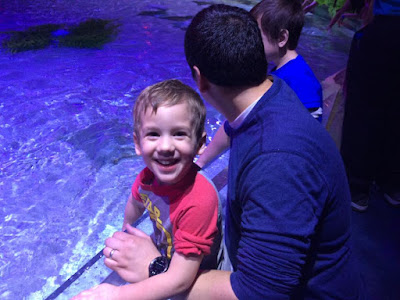 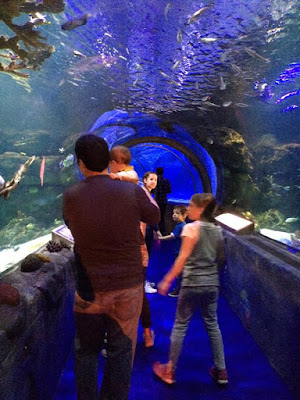